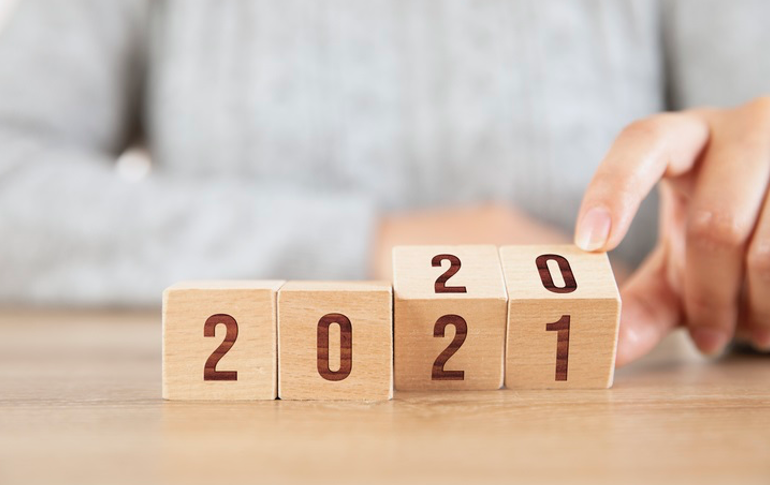 LEANING RIGHT-It's been a very long year, and one can only presume that things will be better in 2021...

but considering how much division and unforeseen world events occurred in 2020, it's not hard to wonder if 2021 will achieve the peace and joy we saw so little of this past year.

But there are a few things we're still waiting for, that are both long overdue and probably things we'll never, ever see in a world fraught and overcome with hypocrisy and cruelty:

1) Gavin Newsom's resignation: he's run this state like a king, and not a governor. He has two sets of rules--one for himself, and the rules that his subjects have to follow. He absolutely FAILED to prepare for the second wave of COVID-19 that everyone knew was coming, and he's got NO plan for affordable housing, our economy, our ongoing fires, and environmental/climate change.

His "French Laundry" scandal was worthy in and of itself of resignation, and his closing of outdoor restaurants and small businesses playing by the rules, to say nothing of his cruelty to churches playing by the rules, shows he had and has no decency to the innocent lives destroyed by the pandemic, and made infinitely WORSE by his "feel-good" efforts this winter.

2) Apologies to Barron Trump, and to both his mother Melania, and even to Ivanka Trump for the cruelty flung at them in ways that we never saw with other innocent family members of a President in recent years.

Everyone and anyone can despise Donald Trump, but too many celebrities and public figures attacked Barron Trump, who was an absolutely innocent child. Too many people attacked Melania for her own anti-bullying and outreach efforts (her name is Melania, not Donald), and too many people slapped away Ivanka Trump's outreach for female entrepreneurship (her name is Ivanka, not Donald).

As for Ivanka's husband Jared, the nepotism critique is probably valid, but perhaps his Mideast peace successes should be remembered after decades of failure. He crafted a host of new Israeli-Arab treaties (the Abraham Accords, which got frightfully little press), so unless Joe Biden can do any better, perhaps a sharply-DECREASED likelihood of a Middle East War should be given credit to Jared Kushner where it is due. Unless, of course, you want such a War.

3) Eric Garcetti and the whole damn City Council for their efforts to turn Los Angeles into a sewer of homelessness, economic catastrophe and flagrantly irresponsible budgeting priorities. They've alienated our police officers when greater cooperation was needed with those advocating police reform, and they didn't stand tall to emphasize that L.A. was NOT Minneapolis or Baltimore.

And to those Angeleno leaders who will not step up to provide better leadership in the next/upcoming L.A. election cycle, how very sad for the rest of us. Send us a few good leaders, and the rest of us desperate Angelenos will throw you a few good checks...unless, of course, it'll AGAIN be developers and public sector unions who OWN this Chicago-wannabe-type of town.

4) Hollywood for verbally defecating on at least 40% of America for the past four years. It's very easy, and arguably entirely appropriate, to criticize Donald Trump's communications and alienations over the past presidential cycle, and ditto for his mishandling of the COVID-19 crisis (like Gavin Newsom, he handled it well up to about April/May, then went off the rails "bigly").

Yet for all of us Jews, African-Americans, Latinos, and Asians, and for all of us educated professionals who were called Nazis, fascists, racists, etc. simply because we saw NO ONE but this flawed, trash-talking man was willing to defend and restore the lost priorities of working Americans in Washington...well, let's just all show the spine to recognize who the "bully boys and mean girls" of America really were.

Trump could be awful, but his opponents and detractors were too often much, MUCH worse!

And we're STILL waiting for the Nazi-style concentration camps and the outlawing of American rights that we were told Trump and his supporters were going to impose on American citizens.

Media censorship, a lack of balanced reporting, cancel culture, the burning down of our cities...that was NOT due to Trump supporters (and to hell with any white supremacists as much as to any anti-American racists/anarchists/elites). If Big Hollywood, Big Media, Big Tech, and Big Sports/Entertainment thinks it can restore unity after being so damned cruel...think again.

(Although a lot of us, including myself, would love to be proven wrong)

5) A recognition of blood on their hands from the anti-maskers, anti-vaxxers, and those who engaged in and/or tolerated political and personal gatherings to spread the COVID-19 virus (from Trump and the Right, to the hypocritical, racially-divisive, and anarchistic mobs of the Left, to the idiots who broke all the rules of contagion, pandemics, and science).

Your stupid is no better than any other person's stupid, and the reason America had so many COVID-19 deaths was way more than the President's poor judgment. But at least we have a host of fast-tracked medicines...and if you don't want a Trump Vaccine, then don't get it (just enjoy another year or two of masking and social distancing).

So good luck for a 2021 that is more unifying and joyful than 2020, and I would love to be proven wrong for my skepticism of President Joe Biden succeeding where President Donald Trump failed.

But apologies and other healing measures are things we're still waiting for...despite our collective holding of our breath that we'll see any of that any time soon.

CityWatch Columnist, Kenneth S. Alpern, M.D, is a dermatologist who has served in clinics in Los Angeles, Orange, and Riverside Counties, and is a proud husband and father to two cherished children and a wonderful wife. He was termed out of the Mar Vista Community Council (MVCC) twice after two stints as a Board member for 8-9 years and is also a Board member of the Westside Village Homeowners Association. He previously co-chaired the MVCC Outreach, Planning, and Transportation/Infrastructure Committees. He was previously co-chair of the CD11 Transportation Advisory Committee, the grassroots Friends of the Green Line (which focused on a Green Line/LAX connection), and the nonprofit Transit Coalition, and can be reached at Ken.Alpern@MarVista.org. The views expressed in this article are solely those of Dr. Alpern.)