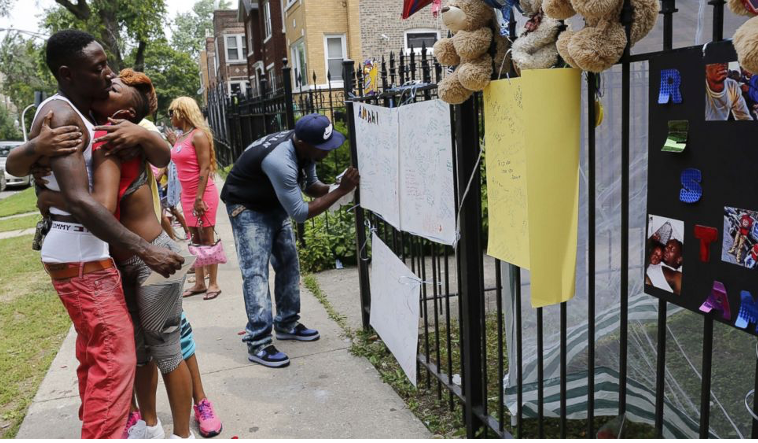 LEANING RIGHT--It's been proclaimed, and hotly-debated, that too many Republicans, including the Orange Man presumably leaving the White House, don't care about people.

Where is the plan for health insurance? Why did we not prevent the deaths of so many Americans from COVID-19?

But let's not forget that there's a reason or five why Americans throughout the nation underwent a "down-ticket Red Wave" that--unbeknownst to most Californians, swept Republicans into state legislatures and even affecting the makeup of Congress (Georgia is the big hot spot now, of course, to any watchers wondering about the makeup of the Senate).

Much of that has to do with the fact that Americans DO care about urban deaths, urban destruction, economic havoc, and a burgeoning homeless problem that does appear to be plaguing blue states particularly hard.

In other words, if Trump is taken out of the picture...what do we do about our cities, and what do we do about blue-state governors and mayors who are collectively whistling past the graveyard while American human beings are treated like toys to be thrown under the bus, perhaps for "a greater cause":

1) As a physician, I don't like ANY non-medical practices that will lead to greater suffering and deaths from our current pandemic. All rightful arguments aside about the COVID-19 virus being exploited for political and economic gains that hurt the greater majority, both the Left as well as the Right appear to be up to their eyeballs in bad practices that have led to unnecessary suffering.

As honest and law-abiding small businesses, including and especially restaurants who are doing outdoor and other safe dining practices are being destroyed (LINK: https://rumble.com/vblqgv-restaurant-owner-exposes-la-mayor-in-video-all-of-america-needs-to-see-now.html) in Los Angeles and throughout the nation, it's a rightful question to wonder WHY, if it's really NOT proven that these restaurants are the cause of our rising cases of COVID-19.

Indoor living as the weather gets colder, parties throughout California and the nation (you really think that the young folks attending big L.A. parties are entirely attended by conservatives and Republicans?), and dreadfully hypocritical examples set by far-Left Californian and other governors and mayors throughout the nation are entirely within the realm of rightful blame.

Any open protesting with crushing crowds, many not wearing masks, for ANY reason, right-wing or left-wing, or anything in-between, leads to death and suffering. Allowing one group of protestors to do what they want while law-abiding churches and businesses are told to shut down is just the Left using minorities and concerned Americans to be dismissed as so much cannon fodder.

For the greater good, or for some cause? Again, human beings treated like cannon fodder.

2) Mayor Lori Lightfoot and the so-called leaders in Chicago are overseeing a veritable wave of deaths from predominantly black and brown neighborhoods. Another typical and usual death toll of four Chicago residents and 30 residents shot (actually less than usual) over last weekend continues to be the "new normal".

Ditto for other major American cities run by far-Left rulers, and the collective response when Americans decry and raise questions about the deaths of minority Americans?

Shut up, and mind your own business.

Because those black and brown Americans dying, and the huge, under-reported number of deaths from COVID-19 from so many urban protests and riots that went entirely out of control over the summer are just ignored when that issue is raised.

Any black or brown American who suffers or even dies is NOT cannon fodder--they all have first and last names, and families and dreams, that have been threatened or even destroyed by this terrible virus.

Go ahead, blame President Trump and the right...but stay on topic here: what about the Left overseeing this urban Holocaust?

The response from City "leaders"? Shut up and mind your own business, homeless haters!

Restaurant owners being scapegoated for the rise in COVID-19 cases?

The response from City "leaders": Shut up and mind your own business, we've got an ICU-bed shortage!

Outdoor playgrounds being shut down as schools are similarly being taken away from children while they suffer psychologically, and as schools choose NOT to find the will to even do hybrid in-school and outdoor social distancing to relieve their collective incarceration?

Again, the response from City "leaders": Shut up and mind your own business, we've got an ICU-bed shortage! This will help us take care of the problem, and the kids have to do their fair share...even when there's frightfully little proof that this will do much to fix this problem

Helpful HINT: we knew as far back in March that we needed more ICU-beds during our second wave, so did blue-state far-Left "leaders" train and prepare for these extra beds during the current winter when ICU's were EXPECTED to be full from other illnesses, such as pneumonia and influenza infections?

Absolutely not...better to divert to our Orange Man in the White House for blame.

And the attitudes toward our children, and their parents, and to law-abiding small businesses? So much cannon fodder!

3) Why should Americans continue to accept criminal behavior from our cities just because their Democrats? Does wokeness allow for lawlessness while "law and order" and an adherence to American principles are relegated to fascism and racism?

Anyone reading CityWatch articles know that liberals and conservatives alike are horrified and sick of Los Angeles corruption stories being the new normal.

So mayors Eric Garcetti and London Breed, and governor Gavin Newsom, are empowered to do whatever they want while overseeing a "blue wave" of law-breaking and violation of environmental law (think overdevelopment and absolutely-unaffordable housing in places in locations entirely-inappropriate for the health of Califorrnians).

Luxury housing projects where open space should remain as such?

MUST we get used to human beings being treated like cannon fodder, particularly in the Golden State?

It's hardly among Democratic principles to treat human beings as such, but as our cities and state move farther and farther to the Left, it's become our "new normal".

All the while in a state and nation where individual liberties, civil rights, and basic Western principles should NEVER allow for this treatment of human beings as acceptable...or "normal".