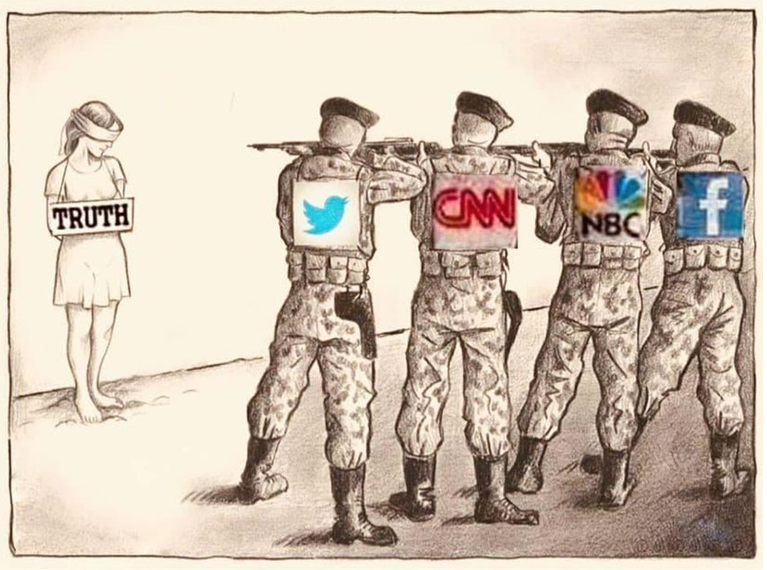 LEANING RIGHT--To begin with, presuming that the current state vote/tally counts are legally held valid by the Supreme Court, congratulations are in order for President-Elect Joe Biden and Vice-President-Elect Kamala Harris.

Furthermore, a hearty acknowledgement for the Trump/Pence campaign, which resulted in approximately 71 million votes, which was eight million more than previously received in 2016.

Again, presuming that the Biden/Harris campaign, which received 75-76 million votes, is certified by the Electoral College as the 2020 winner, a new President Biden will have a difficult challenge balancing the centrist-left vision he personally promoted...versus the far-left vision promoted by Bernie Sanders and others within his party who held true to Biden in ways they did not for Hillary Clinton in 2016.

But inasmuch as Mr. Biden recently gave an excellent acceptance speech, and proclaimed he would be a President to represent all Americans, the pain many Americans felt at the 2016 election of Donald Trump is one that Mr. Biden will have to acknowledge and balance with other, all-too-ignored realities:

2) Those who voted for Trump in either 2016 and/or 2020 have been forced to do so quietly, at risk of losing their job, being ostracized, or even risking physical assault.

Many reading this might not know anyone who voted for Trump, or are unaware of having how sanctimonious it was to full-throttle call Republicans, conservatives, independents or even moderate Democrats who voted for Trump all sorts of names and epithets, might want to consider the following:

1) While those livid with President Trump's election and last four years in the White House had some legitimate complaints and heartburn, they may wish now (because the term "unity" will now be the word of the day) to consider that, by and large, many Trump opponents got away with trying to get Trump supporters destroyed, physically harmed, and humiliated in a "cancel culture" that was as fascist as anything we've seen in recent world history.

2) Peaceful, ordinary Americans who supported the President had to endure four years of hell...all while being screamed at, punched, threatened, but mainly and forcibly SILENCED IN FEAR for the "sin" of going public with having a shared vision of a united, multiethnic America.

3) And the sanctimonious Bully Boys and Means Girls who did the silencing? Well, whether they have the sincerity and spine to admit it, THEY were those who caused more harm in American cities, and who spread more COVID-19 to black and brown minorities, and who destroyed more inner city neighborhoods with their marches and riots than any who THEY accused of being a "Nazi" or "fascist".

1) To those (including many among my neighbors, friends and family) who despised and were violently offended by Trump's self-defeating verbal mannerisms, but IGNORED the economic, global, and cultural efforts of the Trump Administration, it's to be understood that many (no criticism here) pay more attention to what a person SAYS than what that person DOES.

In contrast, Trump-supporters by and large did NOT support Trump's boorish style but focused on his RESULTS. If those who despised Trump prevented any getting to know Trump supporters, and to shed their false narratives about Trump voters, they would have learned that--as with Biden supporters who don't like Biden's verbal style--there's a difference between a leader and his/her followers.

Trump's results, you ask? As in the stock markets reaching record highs, small and large businesses booming because of decreased regulation, foreign companies returning to American shores, American solders also returning home to American shores, Mideast peace that has resulted in five European political recommendations of the Nobel Peace Prize to President Trump, killing off the forces and leader of ISIS, killing off the Iranian general responsible for a host of American and Israeli deaths, prison reform, and a respect for the rights of American taxpayers not seen in decades?

Well, that all happened. True. All true, whether it fits the narrative of a wild-eyed, white-hot Trump opponent or not.

2) But to those (also including some among my neighbors, friends and family) who felt they had full license to verbally and physically assault, and economically threaten, and try to intimidate and SILENCE those who felt that President Trump offered a better vision and actual RESULTS--than either Hillary Clinton, Joe Biden, Nancy Pelosi, or Chuck Schumer...

...well, it's probably not going to be forgotten in the history books that THEY were the Bully Boys and Mean Girls of the very cruel, intimidating elements of an entrenched Fascist Left. And NO, Trump supporters won't forget being verbally and even physically slapped around for four-plus years.

But to be FAIR, and perhaps bring some closure to the screaming and rioting, which did NOT come from the Right, let's not forget that President Trump ultimately lost a critical 5-10% of his voters (or more) by his own hubris:

1) Despite an unfair and one-sided first presidential debate, and with the understanding that Chris Wallace has probably shredded his own credibility forever, President Trump's losing his temper that night (and during the beginning of the early-voting season) caused many on the fence to vote for style over substance. Biden got only softball questions from the biased Chris Wallace but didn't lose it.

In contrast, Trump lost his composure, acted very unpresidential, and arguably lost the election that night. I doubt that most Trump supporters give a damn about Chris Wallace being infuriated with the Trump Family for not wearing masks, because Chris Wallace KNEW damn well that Trump had distanced himself from violent right-wing extremists...but NO ONE can blame Wallace's anger.

2) The Trump Administration, after its initial cooperative and aggressive stance towards hospital ships and emergency hospitals to keep intensive care units from overflowing in America's major cities, and to create an emergency infrastructure to create protective gear and ventilators, failed in the summer to continue the leadership of ongoing surveillance and wearing masks when summer arrived...

...which led to the President and his staff and family all coming down with the virus. Years of productive, tough, and even painful leadership was changed to a scenario where enough on the fence seriously wondered if Trump would be as good in the future (with the virus) as he was in the past (before the virus).

Hence the sudden lack of credibility in the Trump Administration after years of many begrudging opponents acknowledging his results, and hence losing 5-10% of his potential voters when the election started heating up...and maybe even then it was over. To say nothing of losing two critical weeks of potential rallying up his base.

It can therefore be argued that President Trump let down his base when they needed him the most. Particularly when a Biden Administration has let on very little in what it intends to do in 2021, and has many hallmarks of an administration that was voted in simply because of anti-Trump sentiment.

But let's also be FAIR and suggest that Trump's opponents also got a hard slap-down:

1) The Senate did NOT flip, the House lost many seats, and many voters voted straight Republican in Congressional and local races, but voted for Biden because they could not handle four more years of Trump's tones.

2) Behind the spotlight of the presidential race, the internal communications of the Democratic factions of Congress have been very argumentative, with Alexandria Ocasio-Cortez suddenly on the defensive from centrist Democrats who--like a future Biden Administration--have to make a choice between a comeuppance in 2022 and appeasing the far left wing of the Democratic Party.

But back to the BULLYING and THREATENING that reached toxic levels for those Americans who sincerely felt that Trump--beyond his demeanor--was the right person to bring us all together:

1) To those of Big Hollywood who did to Trump (and his supporters!) what NO ONE would ever, or should ever, do to an American President and roughly 40% of America (I'm looking at YOU, late-night talk show hosts and those vulgar actors/actresses who presume they're higher life forms than the rest of us):

We cannot and should not EVER forget. Don't tread on ANYBODY, damn it!

2) To those on print and social media who decided to play sides and let all sorts of liberal/Democrat conspiracies be unleashed on the public, but censored any conservative/Republican responses, and who made doggone sure that virtually NO positive results from the Trump Administration became evident to the American reading/watching public:

We cannot and should not EVER forget.  Don't tread on ANYBODY, damn it!

3) To those who pursued years of libelous, false, and nation-dividing incriminations, and who even pursued a presidential impeachment in January and February of this year, based on documents that the Department of Justice has declared fraudulent, when Congress SHOULD have been working with the President on the COVID-19 crisis (I'm looking at you, Pelosi, Schiff, Nadler et al):

We cannot and should not EVER forget.  Don't tread on ANYBODY, damn it!

Because YOU guys and gals are the Bully Boys and Mean Girls.

Because YOU guys and gals are those who use fascist, Nazi, and totalitarian tactics to intimidate those who are guilty only of disagreeing with you.

Because YOU guys and gals who were the ones that tore the nation apart over the last four years, and are now placing roughly half the nation in fear of wondering who will be placed on lists of retribution.

And because YOU guys and gals are the ones riveting up those you've hurt for four years into creating their own new "Resistance" when suddenly YOU have the audacity to call for "unity". Imagine if a publicly-owned anti-Biden/Harris/Pelosi media outlet suddenly became open to new investors, particularly those who felt abused, raped, and demeaned for too damn long.

Well, I was one of those who chose President Trump as the imperfect but best option to lead us forward against foreign and domestic forces who were abusing and exploiting Americans, and who have ratcheted up the rich/poor income divide for generations. I did so because I heard the voices of my middle/working-class patients who, like many (most?) of my medical colleagues, supported Trump.

Count ME as someone who, for all his flaws, had an unswerving conclusion to vote for Trump in more ways I've not had for either Democratic or Republican presidents (I've done both) that I have voted for in the past. Ditto for my black, Latino, Asian, and LGBTQ colleagues and friends who voted for Trump.

If you have 15 minutes of your lifetime to waste, I even did a You-Tube before the election:

But on a final note, most of us were not so much pro-Trump as we were pro-America. And right now, I doubt that most of those who opposed Trump, despite their self-delusions, are truly pro-America if they were willing to bully Trump supporters.

So, DON'T you DARE tread on me! Don't EVER tread on me or any other American!