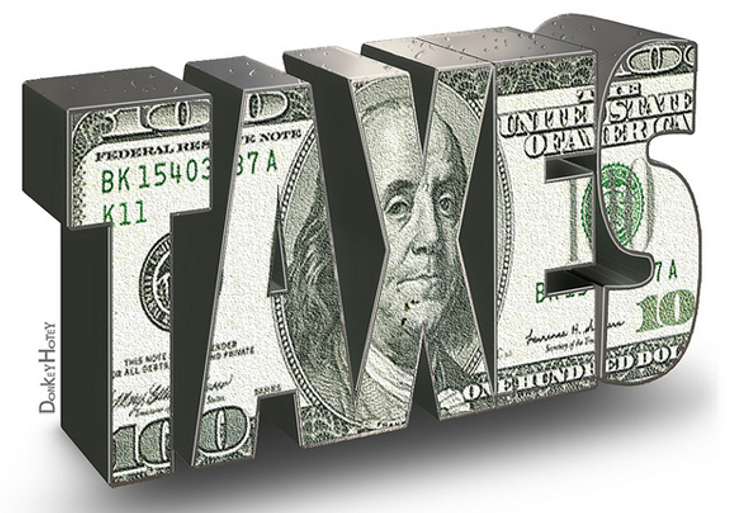 LEANING RIGHT--Without hesitation, I think that--at the time they were promoted--raising the sales tax for transportation made sense.

Ditto for the CA High-Speed Rail Project (CAHSR). The sales taxes went through by over 2/3 of the L.A. County voters voting in favor of them, and the CAHSR barely passed a bond measure by 51%. But would the voters/taxpayers vote for them now?

Poorly used bikeways, busways, and rail lines have their ridership low because of the COVID-19 pandemic, but are there other factors at play? And how about the current slew of tax-raising propositions we're confront this November?

First, the good news about CAHSR:  Northern and Southern CA Assembly members are pushing to divert the contracts for this project from the Central Valley to projects in their districts. Money for CAHSR makes sense by upgrading CalTrain (NoCal) and Metrolink (SoCal) first.

Furthermore, the promise that CAHSR would compete with airplanes was always untrue (although it is a LOT faster than the automobile, which should have been the promise to voters). Although the Central Valley project is a nice public works program, it's still a lower priority than focusing first on the higher-volume regional rail areas of the Bay Area and the Greater L.A. Metro Area.

Hence many Trump haters would still probably agree with the pulling back of federal funds from the CAHSR project, which even Governor Newsom has admitted is facing cost overruns and a tidal wave of lost credibility.

And with an LA County Metro Transportation Authority worker fatally stabbed last Friday night, the issue of whether Angelenos and their neighbors are concerned about safety/security is more valid than ever.

Three questions, and then we'll move on to some of the ballot propositions coming up:

1) Is Metro CEO Phil Washington emphasizing the homelessness issue a worthy priority for Metro? Maybe Mr. Washington had/has no choice, but how many riders are saying NO to the homeless and criminal elements being allowed to ruin what should be a convenient and safe mass transit experience?

2) With more Angelenos using their cars for work even before the COVID-19 pandemic and concern about safety/security/service, are taxpayers and commuters happy right now?

3) Now a REALLY horrible question: if a fiscal conservative raised the idea of reversing the sales tax raise voted in over the past several years...would it pass by the same voters who previously implemented them?

And I remind you that LA Metro is one of the most professional and accountable organizations in government today, bar none. I'm serious--they're salt of the earth. But the question of having county funds go more for telecommunication/internet infrastructure, and less for poorly used bikeways and the like would be one that taxpayers might prefer.

So on to a few measures:

As a physician, I love stem cell research! But the last monetary handover by Californians was notoriously poorly spent, and the private sector has taken over stem cell research by the billions. The Moonshot Over Cancer and the Operation Warp Speed efforts have created advanced stem cell and other genetic therapeutics with amazing results. No more public funds needed!

CA voters already threw this one out a few years ago. Don't worry about businesses and homeowners paying their "fair share", because local and state entities found plenty of ways to make up for Proposition 13 lost public revenues over the past few decades. How many MORE businesses and taxpayers do you want to leave the state and smash the middle class even further?

3) County Measure J: At least 10% of unrestricted funds to community investments as an alternative to law enforcement. NO!

I love the idea of police reform and alternatives to incarceration, but with homelessness funds squanders by local government, do you think that this measure will lead to favorable results and transparent spending? Note that I only used one exclamation point here, and not three--because this is a good idea but thrown together at the last minute. Vote NO, and better luck next time.

To the LAUSD and related entities, ENOUGH of your horrible spending habits that really don't have a damn to do with what's good for students and their families. The school population is going down from K-12, and the service/spending we're getting from the LAUSD is too awful to put into words.

The gig is up--improve efficiency and stop throwing money at the UTLA and mid-level bureaucrats (and oh yes, early retirements to those who don't deserve it) who don't do a doggone thing for their communities.

There's a heckuva lot of buyer's remorse for city, county, and state taxpayers, and it's for a host of very good and proven reasons. Let's not add more fuel to the fire. Vote NO for more taxes this time round--the "rich" and the "other guys" spending more money will be YOU.

Unless of course, you believe that you don't spend enough on taxes, and particularly on taxes being spent WELL.