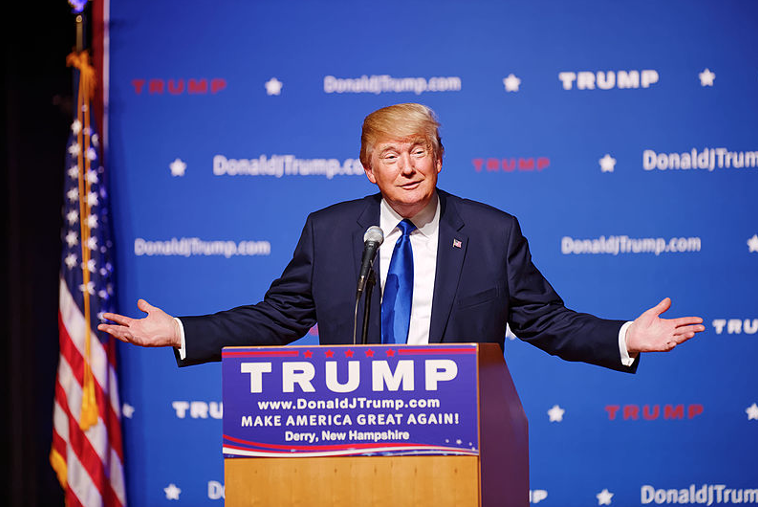 We are finally at a point where we can rid ourselves of his malign (yet incompetent) ways. All we have to do is to do it.

As a colleague of mine and I agreed back in 2016: Remember our anger.

To repeat: We are now 63 days from November 3. It’s the moment when we should be remembering all those hurt and angry vows we made, and all those marches we attended. There was the Women’s March and the March for Science back then. Recently we have had the Black Lives Matter demonstrations.

It’s also the moment to remember that votes matter. We have to get them out, one way or the other. In this, the plague year, a lot of those votes are going to be cast by mail. Personally, I think that voting at a polling place is probably going to be as safe as going to the store, but dropping an envelope in the drop box is totally safe. We just have to make sure (however we can figure out to do it) that those ballots are collected and counted.

Donald Trump has been giving out hints to the post office and to election officials that he would like to see the election rigged in his favor. That isn’t exactly what he said, but as his convicted attorney Michael Cohen pointed out, Trump sends out his mob-boss type orders simply by describing what is going to happen. I tend to doubt that a lot of postmasters will try to rig the votes, but we understand Trump’s intent.

There is a long chain of custody that runs from your letter box to the main post office to the county registrar. We have to put a lot of trust in that system – actually those systems – but we can do the best we can to make sure that there are inspectors and witnesses at as many steps as possible.

The time is just about here. Mail-in ballots go out in North Carolina starting September 4, which is less than a week. And this means that for NC and a bunch of other states, absentee voting will begin well before the first presidential debate. What this means in practice is that if you plan to work to get out those votes, you should be doing it now. The game here for both sides is to “bank” as many votes as possible in September and early October. It’s predictable that Trump will try as many “October Surprises” as he can get away with. My bet is on an announcement about a vaccine, or some fanciful, magical nostrum.

I’d like to remind you of the March for Science that happened right after the 2016 election, because I’d like to return to what it meant then, and how that meaning has built over these past disasters of years.

Going in the wrong direction

We’ve known for 30 years that global warming was a possibility, and then that it seemed to be happening, and now that it definitely is happening. During this presidency, we’ve watched the polar ice caps begin to melt, the glaciers recede, and surface temperatures along our oceans increase. We’ve recently begun to see direct effects, including how hurricanes jump from category 1 to category 4 in a few hours, a direct effect of coastal waters getting super-heated. With that effect has come destruction of American cities that happen to lie in their path.

And all along, this president and lots of his supporters continued to deny the very existence of global warming. When asked early on in his candidacy about global warming, Trump simply waved it off: “I don’t believe in that.”

The problem is that with this presidency as with that of George W. Bush, we have lost precious years. It has been not only a crime against humanity, it has been a crime against all of nature, because global warming will damage all of nature in a way that will be worse than its damage to humanity. We, at least, can build air conditioners and electric grids and shelter. Humanity will suffer terribly, but we will not go extinct, as so many species will.

And it was all preventable. We could have been doing something about it. But for trivial political reasons, Trump and his supporters chose to toss a bone to coal companies and oil companies and those who continue to support an increasing human population.

It has been possible for politicians and big businesses to pretend to ignore global warming because it doesn’t change much over the course of any one year. But then mankind was served with a different kind of message – not about global warming, but about the dangers of denying scientific investigation.

We got the Covid-19 epidemic.

And rather than deal with it as any other scientific question – by using the tools of science and with them, making use of the tools of industry – the United States (unlike other parts of the world) lost a lot of lives.

To a considerable extent, the rest of the world has in fact done pretty well. When you look at the countries of western Europe and compare them to the United States the difference continues to be startling.

I keep coming back to Kevin Drum’s summary drawings because they tell the story. These countries – Italy, France, the UK, Sweden, Germany, and Canada – all had rapid peak growth of Covid-19 deaths, but all fought them off and have enjoyed a sustained period of near-zero Covid-19 deaths. When Italy suffered a temporary blip, it acted decisively and as of now, they are back to the near-zero line.

And then there is the United States. We fought the death toll fairly effectively right through the beginning of July. But as you will remember, our country had a remarkable lack of leadership on the Covid crisis – unless you want to admit that we had a pitiful amount of leadership but in the wrong direction. Donald J. Trump, for his own political reasons, wanted to convince us that there really wasn’t much of a problem – that with his magnificent leadership, the problem would go away. But on alternate days, he claimed that everything was a hoax being run by the Democrats, and he didn’t really need to wear a mask (and his slavish followers then followed).

The American death toll then rose throughout July and has essentially held steady throughout August. We can probably expect another twenty or thirty thousand dead between now and election day, although the Trump administration will (as it likes to do) attempt to fudge the figures as best it can.

What we’ve learned is that the Trump administration has only one kind of truth, which is the fanciful alternative facts that best fit the political message of the day. Sometimes there is even a bit of real truth. For example, the Trump economic results were exactly the same as Obama’s, so they weren’t bad, but truth is only an accident for DJT.

There is another side to the scientific viewpoint that I don’t have room to go into at this point. It has to do with a viewpoint that scientists tend to develop as they become practiced and educated. It is a reverence for the whole natural world, for the expanse of nature and of space. Richard Feynman wrote particularly well about this viewpoint. With this viewpoint comes a desire to preserve and care for the natural world. It tends to include a desire to protect the entire habitats that are becoming sorely endangered.

This president and his political party represent the exact opposite of that viewpoint.

Each day, the 538.com organization lists the latest political polls. Roughly speaking, we get presidential approval ratings, overall national polling for Biden vs. Trump, and polling for those critical individual swing states such as Pennsylvania and Wisconsin. (There are also some critical senatorial and House races, but that’s another part of the discussion.)

As of this writing, we are in that period where voters get to react to the political conventions, to Trump’s speech, the latest news, and so forth. So what do we see as of the last day of August?

Well, in the very, very latest national poll, Biden is leading Trump by either 13% or 12%, depending on which of the two polls you look at. The thing is, they are both USC-Dornsife polls, which do statistics carefully but they use their own slightly eccentric methodology. Still, these are big numbers this close to the election, and even bigger numbers this close to the start of mail-in balloting. If we go a little further down the 538.com chart, we find the HarrisX poll with Biden leading by 9%.

On the other hand, if we look at the day before, or the day before that, we find Zogby polls showing Biden ahead by a mere 3% or as much as 6%. An election day 6% win would probably be an electoral college victory, but an election day 3% win in the popular vote didn’t help Hillary Clinton in the electoral college. Meanwhile, Morning Consult and YouGov show Biden with middling leads of 6% or 6 and 10%.

You can see how playing with the numbers can either be an amusing pastime or drive you nuts.

As the scholars keep reminding us, the United States does not elect its president by one huge election (otherwise Hillary would have won) but through 50 statewide contests which choose electoral votes. Four years ago, we were shocked by Trump victories in Pennsylvania, Wisconsin, and Michigan. Literally a few thousand votes (a fraction of a percent) would have changed the outcome in those states. So where are these swing-of-all-swing states in the polling right now?

Pennsylvania shows Biden leads of 9, 10, 8, and 7% in the most recent polls. That is a substantial lead and Biden can be expected to play up his Scranton PA roots in the coming weeks.

But there is a better way to look at the individual states. On that same website, there are clickable boxes right near the top. If you click the right-most box to read President: general election and then under state pick whichever state you are interested in (let’s say Pennsylvania), you get a long-term graph with all the legitimate polls, weighted for quality and size. In the case of Pennsylvania, you will see a long-term trend of Biden leading Trump by 5.4% up to 7 or 8%, but not ever being behind, even since March.

If we can assume that these voter affinities will hold steady, Pennsylvania is in the bag for Biden.

But what of the other critical super-swing states Michigan and Wisconsin?

Michigan also looks to be in the bag for Biden, with an average difference of nearly 7% (slightly down from earlier in the month, but still in the lead).

Wisconsin is a tighter race at 5.9%, having ranged over a point or two higher (for Biden) over the past couple of months. Put it this way – if I were a candidate, I would much rather be Biden in these critical midwestern races, at least at the moment.