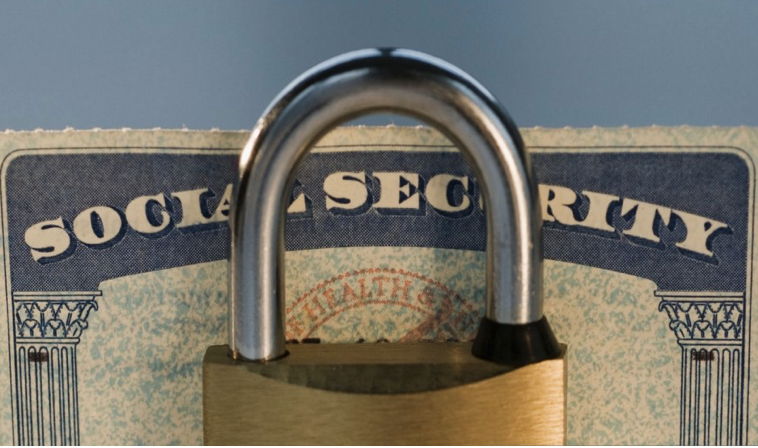 SAVING SOCIAL SECURITY-When President Franklin Roosevelt signed Social Security into law 85 years ago today, he expressed hope that the program would offer Americans a "measure of protection" from the "hazards and vicissitudes of life."

True to FDR's vision, Social Security has protected workers from some of the costliest hazards and vicissitudes of life -- including loss of income from retirement, disability, and the death of a family breadwinner. This year, though, Americans have faced "hazards and vicissitudes" unseen for one hundred years -- a deadly global pandemic and the resulting economic fallout, as Social Security continues to provide basic financial security to 68 million Americans during this tumultuous time, the program itself needs protection. Not only are Social Security's resources strained by the pandemic; the program's opponents seek to undermine and eventually dismantle it amid a national crisis.

Social Security is more crucial today than ever before. Employer-provided pensions have all but disappeared. Income inequality rages. Retirement savings are historically low while the cost of growing old has soared. Most seniors depend on Social Security for the majority of their income.  Without Social Security, 40% of elderly Americans would live in poverty.

"FDR famously said that 'no damn politician can ever scrap my Social Security program' because it is an earned benefit funded by the workers themselves. But he may not have anticipated a reckless president with a complete disregard for precedent, unconstrained by traditional guardrails, and influenced by a well-funded right-wing movement committed to subverting the signature program of the New Deal."

Now COVID is endangering seniors' lives and their financial security. Fortunately, Social Security was designed for exactly the kind of "hazards and vicissitudes" the pandemic presents. Breadwinners newly disabled by COVID are turning to Social Security to keep their families afloat. When beneficiaries die from the virus, their dependents can count on the financial lifeline of survivors' benefits.

At the same time, analysts have rightly pointed out that the surge in Social Security claims from the pandemic may strain Social Security's finances at a time when the system is already fiscally challenged.  Without a boost from Congress, Social Security's trust fund will be exhausted by 2035, after which the program will still pay nearly 80% of benefits (an outcome no one who supports Social Security wants). We have endorsed landmark legislation from Rep. John Larson to keep Social Security fully solvent for the rest of this century while boosting benefits, mostly by demanding that the wealthy pay their fair share into the system like everyone else. (Payroll contributions are currently capped at $137,700 in income, leaving trillions of dollars in untapped revenue that Social Security sorely needs.)

Unfortunately, so-called "entitlement reformers" want beneficiaries -- some of our most vulnerable citizens -- to bear the brunt of shoring up Social Security's finances. Even as Social Security proves itself as a financial safety net in a time of crisis, conservatives continue to agitate for benefit cuts, such as raising the Social Security retirement age to 69 or 70 (even though many older citizens cannot continue working that long) or reducing cost-of-living adjustments (COLAs) that don't even keep up with seniors' true expenses as it is. But some on the right want to go much further.  And President Trump has surrounded himself with them.

Despite having promised "not to touch" Social Security, the President listens to conservative ideologues who have long wanted to undo FDR's landmark program, including former budget director Mick Mulvaney, chief of staff Mark Meadows, and economic advisor Larry Kudlow. The Heritage Foundation's Stephen Moore and billionaire businessman Steve Forbes also have outsized influence, not to mention Republican "entitlement reformers" in Congress, including Senate Majority Leader Mitch McConnell. While the President pays lip service to protecting Social Security, he has been enlisted in the effort to dismantle it.

The most glaring example is the President's unilateral (and possibly unconstitutional) action to defer the payroll taxes that fund Social Security through the end of the year. This could cost the program over $300 billion in lost revenue, plus, the interest it would have earned. Upon announcing this executive order, the President promised to "terminate" payroll taxes if re-elected. That would either bankrupt Social Security or force depend on general revenue, which would destroy the program's worker-funded nature and open it up to benefit cuts in the name of deficit reduction.

The Trump administration's campaign against Social Security did not start with the payroll tax cut. Each of the President's annual budgets have called for deep cuts to Social Security Disability Insurance (SSDI), with then-budget director Mick Mulvaney claiming with a straight face that SSDI is not "part of Social Security."  The administration has changed the rules to make it harder for disabled Americans to continue collecting benefits and attempted to replace the administrative law judges who decide the fate of workers' disability appeals with partisan political appointees.

Today's Social Security antagonists do not proclaim their outright hostility to the program and instead speak of "saving" or "reforming" it. Naturally, "reforming" really means some form of benefit cuts or privatization. They try to shatter the intergenerational compact at the heart of Social Security by cynically telling millennials that the program will not be there when they retire. Conservatives must feel compelled to employ these misleading tactics because they know that 85 years after its enactment, Social Security is still enormously popular with the public. Poll after poll shows that Americans across party lines want to see Social Security protected, not cut, privatized, or compromised. In a recent survey of our own membership, 88% of respondents opposed cutting payroll taxes for Coronavirus relief.

FDR famously said that "no damn politician can ever scrap my Social Security program" because it is an earned benefit funded by the workers themselves. But he may not have anticipated a reckless president with a complete disregard for precedent, unconstrained by traditional guardrails, and influenced by a well-funded right-wing movement committed to subverting the signature program of the New Deal. President Roosevelt may not have imagined a successor more than 80 years later publicly promising to "terminate" the payroll taxes that were supposed to protect the program from being "scrapped."

On this anniversary, we must renew our commitment to preserving and expanding Social Security in the face of these relentless efforts to undermine it. Fortunately, the broader public—those who paid for, depend on, and cherish their earned benefits -- have an opportunity to elect new leaders who will protect seniors, the disabled, and their loved ones against the "hazards and vicissitudes" of life that President Roosevelt understood so well.

(Max Richtman is president and CEO of the National Committee to Preserve Social Security and Medicare. He is former staff director at the United States Senate Special Committee on Aging. This piece appeared in Common Dreams.)  Photo: Daniel Grill/iStock/via Getty Images. Prepped for CityWatch by Linda Abrams.