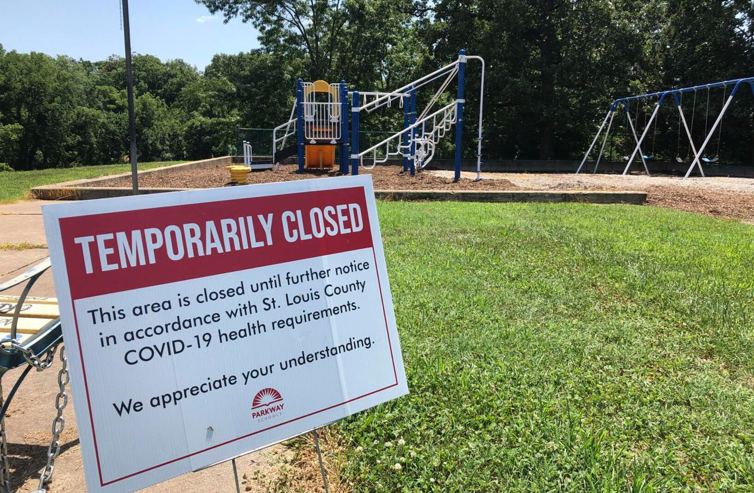 ALPERN AT LARGE-So here we are in the Westside, like so many other Angelenos, in the middle of a Community Plan Update for the Palms-Mar Vista-Del Rey region.

I'll let others make the final call as to how transparent and family/child-focused our Planning Department is (I am guessing that any citizen "input" is at best glossed over, and at worst completely ignored), but...don't we need more Open Space?

Don’t we need more Open Space--playgrounds, grass fields, and running tracks--for our health and that of our children? Is the idea of easily accessing the local elementary or middle school for recreation THAT old-fashioned and out-of-date?

On a similar note, aren't we supposed to have sufficient Open Space to accommodate the increased residential development that the City of Los Angeles is trying to achieve?

We all know that there are a few angels in our City government (I remind you that I am the son of a retired City engineer who is responsible for much of the Sanitation/Refuse infrastructure we take for granted every day), but how about the LA Unified School District (LAUSD)?

We'd ideally prefer to be honest and loyal partners with the LAUSD, and as well the United Teachers Los Angeles (UTLA) teachers union that purports to also be a partner with teachers, parents, and their student children, but do the LAUSD and UTLA make those living in the City of the Angels reach for their higher angelic qualities?

So while we're talking about the value of the LAUSD, and its role in our neighborhoods, it's independent from the City of Los Angeles, Hence the recent Citywide and Statewide funding measures failing (remember the poorly-named Prop.13?) to achieve even 50% of a voting threshold.

People support schools, but either the taxpayers have had enough of throwing more money at K-12 schools, and/or they've lost confidence in the ability of the LAUSD and other public-school districts to spend their funding well.

Furthermore, it's doubtful that parents and TRUE student advocates will be on board with the UTLA (arguably one of the most despised and poorly represented public sector unions, even among those who favor public sector unions) pushing the following:

It should again be remembered that charter schools account for over 50% of middle and high school students...and it's not hard to figure out why.

But there is one critical feature and resource that the LAUSD has, and one which should be cherished and welcomed by us all: their taxpayer-funded playgrounds, fields, and running tracks.

And it is NOT the property of the LAUSD and/or their UTLA allies...it's OURS.

Really! We paid for it!

And if we're going to develop more, and push for more local health in the great outdoors for walking, jogging, and just recreation, then we have a few options--now that the taxpayers are saying NO! to more LAUSD funding, even before the budgetary nightmares caused by this great pandemic.

We have a few good options:

1) Reconsider a measure/proposition for the City of Los Angeles to control the operations and resources of the LAUSD.

2) Encourage the City to purchase some of the open space to cash-starved schools with lower enrollment.

3) Encourage the City's Department of Parks and Recreation to "rent" the open space of the LAUSD during the weekends and weeknights, and with proper policing to prevent vandalism and crime on LAUSD property, and only during daylight hours.

Arguably, the last idea is the most workable, and allows continued control of the LAUSD over its own resources in a cost-effective manner for all parties involved.

Similarly, an expansion of the funding of Parks and Recreation--similar to that the taxpayers/voters demanded for their Libraries (Remember Measure L?) as part of our regular budget--would accommodate such an endeavor.

It can also be remembered that developers who want to build more residential housing also should be considered for this process, because they are required to have Open Space for their projects (and the City is also legally required to do the same for their Community Plan Updates).

We must expand, and we must adapt, for the 21st Century with our Community Plan Updates.

Part of that is Open Space...and the answer to that question is right under our noses, and which we drive by every day without even realizing that we're driving by public property that has, for too long, been anything BUT public.

(CityWatch Columnist, Kenneth S. Alpern, M.D, is a dermatologist who has served in clinics in Los Angeles, Orange, and Riverside Counties, and is a proud husband and father to two cherished children and a wonderful wife. He was termed out of the Mar Vista Community Council (MVCC) twice after two stints as a Board member for 8-9 years and is also a Westside Village Zone Director. He previously co-chaired its Outreach and Planning Committees, and currently is Co-Chair of its MVCC Transportation/Infrastructure Committee. He was previously co-chair of the CD11 Transportation Advisory Committee and chaired the nonprofit Transit Coalition, and can be reached at Ken.Alpern@MarVista.org. He also co-chaired the grassroots Friends of the Green Line, which focused on a Green Line/LAX connection, at www.fogl.us. The views expressed in this article are solely those of Dr. Alpern.)