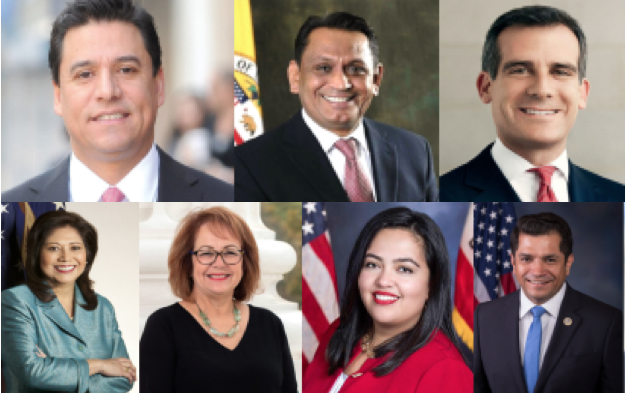 VOICES-For the past several months, going back as far as April 9, 2020, numerous attempts have been made by members of the Eagle Rock Chamber of Commerce, Northeast Los Angeles Neighborhood Watch Captains and other concerned residents of the Northeast Los Area to obtain COVID-19 testing in our residential community.

Each email, phone message and conversation stated that the Board President of the Los Angeles Police Museum has offered at no charge the use of their spacious parking lot which has two driveways (entrance and exit) as a location for COVID-19 testing. In addition, a local business owner has offered to donate tables, chairs, tents, tables, etc. The Cocos Restaurant located directly across the street from the Police Museum offered discounted prices for take-out food orders for all those involved in the COVID-19 testing.

Of all the elected officials contacted, only two staff members initially responded. One was a Director employed by Supervisor Hilda Solis' office who sent an email stating that there “is adequate coverage for the Northeast area.” He went on to state that residents of our community could go to the Rose Bowl located in Pasadena, Dodger Stadium (which at the time had not yet opened for testing), Lincoln Heights, or to the Buddhist Temple located on North Figueroa Street in our Northeast area. This Director also stated that the Buddhist Temple site was up and running and was operated by the Northeast Clinic. I responded to this director that the Buddhist Temple was not in operation; in fact, there is a FOR SALE sign in front of the building. Every time Hilda Solis has been on TV for the daily briefings and updates by the Los Angeles County Public Health Department, I have sent this same  Director another email requesting a test site for our Northeast community.

I also heard from a field deputy with Wendy Carrillo's office and was told that they were busy working with community residents assisting them so that they could receive their state unemployment benefits.  If I had been calling on behalf of SEIU, you can bet that Wendy herself would have called me back.

Another community resident communicated directly with U.S. Rep. Jimmy Gomez and was told that he thought it was a great thing that the community he represents was attempting to obtain COVID-19 testing. But Gomez made no offers to help. And so far, Jose Huizar and his office staff are all dead in the water. For the most part, the residents and stakeholders of CD14 no longer have any form of representation at City Hall.

I noted in the emails sent to the elected officials that represent the Northeast area that we have a large population of seniors and other residents without access to transportation and therefore would be unable to travel to the Rose Bowl or to the other locations which are not located in Northeast LA.

In addition, I made a point to tell all contacted elected officials that we have a large Latino population in our Northeast area and, as has been stressed in briefings from the LA County Department of Public Health and Mayor Garcetti, people of color have a higher percentage of testing positive for the Coronavirus. Among various ethnic groups, more Latinos have tested positive in LA County, according to LA County Public Health Department. In addition, Los Angeles County now has the highest count of those inflicted with the Coronavirus within the state of California and California has the highest number of Coronavirus infections in the United States, even more than New York.

Within the last two days, in my last-ditch effort to obtain COVID-19 testing for our Northeast area, I again contacted State Senator Maria Elena Durazo’s office and communicated with Andie Lopez. She told me that different individuals answer the telephones and review the incoming emails because everyone is working from home. She stated that she had no prior knowledge of previous requests made to Senator Durazo for assistance in obtaining  COVID 19 testing for us. I was advised to contact  their Legislative Aide. If I had been calling on behalf of a Labor Union, you can bet that Durazo herself would have contacted me.

I also contacted Gil Cedillo’s CD1 office and was advised that the District Director would get back to me later the same day. But I was contacted by another employee of CD1 who advised me that he was not aware of any emails that had been sent to one of his co-workers. He told me that the CD1 District Director was in a meeting but would call me after 6 p.m. that day. He did state that CD1 set up the COVID-19 testing site at Dodger Stadium. I pointed out that many of our elderly residents and others lacked transportation and are unable to travel to Dodger Stadium. I pointed out how extremely difficult it is for elderly people to sit in a vehicle in the hot sun waiting anywhere from 1 ½ to 2 hours to obtain testing. This same person called me after 7 p.m. and said that the District Director would call me later that same evening as he was still in his meeting. I waited until 11:30 p.m. No phone call from the CD1 District Director. The following morning, I received another call from CD1 and was told another person would call me back shortly. I did not receive any more telephone calls from CD1.

You can see that the elected Latino officials representing Northeast LA don't really give a damn about us during this difficult time. They only reach out to the community when they are running for office or want something in return.