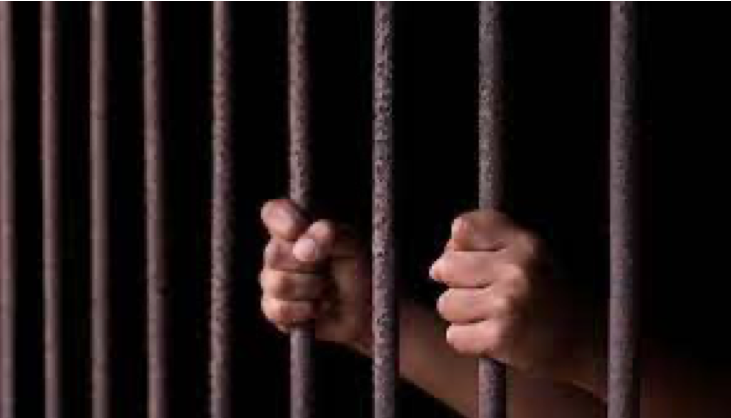 RANTZ & RAVEZ--It really does not matter if you like or dislike President Trump or Former Vice - President Joe Biden.

What really matters is what is happening across America and in particular California and the City of Los Angeles.

Let me begin with the Judicial Branch of Government as it impacts all  people of the Golden State.  I am addressing the criminal justice system.  There are thousands of laws on the books dealing with criminal violations.  Infractions, Misdemeanor and Felony crimes are the ones most know and hear about.

When someone commits an offense and is arrested, the process begins.  It usually takes multiple arrests for any real punishment to be administered by a judge.  Normally, there is probation and all sorts of programs available so the defendant can avoid jail.  So, it takes the criminal justice system multiple times to finally impose a jail sentence on the accused.  Now, the jail time will usually be in the county jail.  For a Felony crime, the incarnation will usually be in a state prison.

So, follow the process here.  Multiple arrests of an individual until the person is sentenced to the state prison.  Once admitted to a state prison, the life of crime and arrests usually becomes a pattern for the individual.  Truly a sad situation for the person, their family and friends.

I know the real world of the criminal justice system since I have been engaged in law enforcement for over 50 years and speak from personal knowledge.

Now add that Governor Gavin Newson refuses to approve any executions of the over 700 persons on California’s death row.  While this authority is granted to the Governor, we know that no matter how many murders the individual committed or how many children they molested that lands them in prison, they will remain in prison until they are pardoned, die or escape.

There are many others in the California State Prison system for multiple felony arrests and convictions.  These are the people that Governor Newsom has recently approved to be released before completing their full prison sentence.

The Governor has approved that 18,000 convicted felons serving time are to be released prior to serving the full term they were given upon conviction.

So, the STUPIDITY of Mayor Eric Garcetti, who called Police Officers “KILLERS”,  combined with the INSANITY of the majority of the L. A. City Council who voted to reduce $150 million dollars from the LAPD budget means fewer dollars to provide public safety for all the people of Los Angeles.  That means each of you and your family members!  Wake up!  Are you understanding the seriousness of what is going on with your safety and that of your loved ones!

Release 18,000 Convicted Felons from Prison with no job or opportunity to get a job due to the economy and impact of Covid-19 and cut the budget for the LAPD that is charged with ”Protecting and Serving” the people of Los Angeles.   IF THIS IS NOT INSANITY, I DON’T KNOW WHAT IS!

I have mentioned in previous RantZ and RaveZ that you should have a gun in your home to protect yourself and your family.  The Sheriff of Los Angeles County recently announced that he will begin issuing Concealed Weapon Permits (CCW) to some L. A. County residents.  The Ventura County Sheriff already issues CCW permits to local residents for personal protection.  I know there are people that live in fantasy land and are disconnected from reality.  I am not pushing the NRA or any other group.  I am only urging each of you to be prepared to protect yourself and your family when 18,000 FELONS are released from the State Prisons into California neighborhoods.  Are you living in one of the neighborhoods that will welcome those being released from Prison ?

Consider how your elected political officials have ignored the homeless population in your neighborhood.  Look around and you will find homeless  everywhere.  While you keep paying more and more taxes, the problem continues to get worse.  Add 18,000 convicted felons to the mix that don’t have a job or funds to live.  More homeless and more problems for your community with fewer police to answer your 911 calls.

Good Luck to you.  Like Mayor Garcetti says after his news briefs on Covid-19….”Peace and Love L.A.”