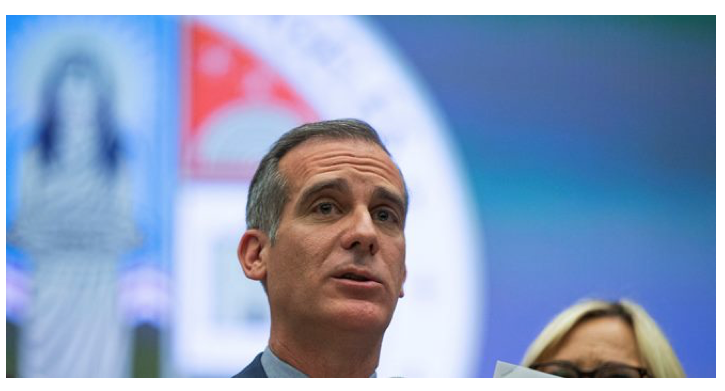 TOWNHALL -This month marks seven years of Eric Garcetti’s reign as mayor. Those seven years have left many Angelinos hard-pressed to name even a single aspect of our civic life that has improved

Most recently, Mr. Garcetti has blundered his way through the COVID-19 response. He has pared back on testing sites and slots, ignored the plight of low-income communities, and threatened already hurting job creators.

The resulting devastation has hit minority communities the hardest. These human beings are not statistics to me. I have seen single mothers cast from their jobs like disposable goods. I have had children come to me asking if their futures will ever recover.

I assure them they will. But Mayor Garcetti threatens my ability to keep that promise to those in our community who are concerned about their future.

His mismanagement of the pandemic has only magnified his other failures. Under his watch, homelessness in Los Angeles has increased by 75%. Tonight, over 16,000 Angelinos will go to sleep in their cars, and more than 42,000 will have no shelter at all. On the streets, they will face hell on earth.

A UN report compared Skid Row’s conditions to a Syrian refugee camp. It is a scene of rodents crawling in gutters and raw sewage flowing into storm drains. Public health experts have pointed to the sanitation impact itself as grounds for a public health emergency. It’s no wonder that the death toll for the homeless has spiked 76% in the last five years. One homelessness expert says a leading cause of death is hyperthermia from exposure to the elements.

Meanwhile, Mr. Garcetti goes to sleep in his plush taxpayer funded mansion and rents out his personal home for $5,000 a month. He travels the country seeking to prop up a future career in higher office. In one 12-month stretch, he spent 112 days—more than 30 percent of his time—away from LA.

With him so removed from the crisis, is anyone surprised that his remedies have failed?

So-called “Project Roomkey,” which was supposed to allow homeless individuals to stay in vacant hotel and motel rooms, was dead on arrival. So was his promise to build housing for the homeless through Measure HHH. Four years after voters approved $1.2 billion to build 10,000 units, less than 50 units have been completed. Meanwhile, astronomical development costs have cut the number of units promised from 10,000 to 6,000.

Where he has failed in the temporary fix of housing, he has also failed in the long-term cure of job creation. Mr. Garcetti has all but dropped his promise to eliminate the city’s business tax, even though job creators say it is the chief reason they won’t come to LA.

Adding to our fiscal problems, Mr. Garcetti has made no attempt to control the rising costs of pension benefits. The result has been cuts in services and decaying infrastructure, including horrific traffic and a deteriorating subway system. Spending on pension and retirement benefits for city workers now consumes 20 percent of the general fund—four times what it did in 2002.

While these problems fester, an ongoing, FBI-led corruption probe will likely distract our missing mayor. The LA Times reported that the ongoing FBI investigation into City Councilman Jose Huizar has expanded to include “current and former members of Garcetti’s administration.”

Through cronyism, neglect, and absenteeism, Mayor Garcetti has made the disparities of Los Angeles worse than ever. People are now pouring into the streets—sometimes to protest, sometimes to live in tents, sometimes to die.

That is why some Angelenos are advocating for his recall, because they believe it is the only way to secure the new beginning we so desperately need.

There is a virus ravaging Los Angeles, and it won’t be cured by Eric Garcetti. Together, let’s set Los Angeles on a new, united path, to help bring on the cure.