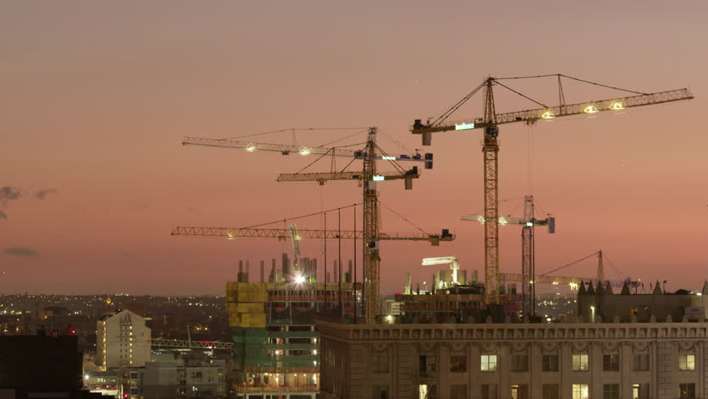 Despite Mayoral executive orders that shielded them from Covid-19 shutdowns, the headwinds are picking up:

Given such threatening economic and political headwinds, how can we explain LA’s persistent construction boom. Most projects are still fending off the headwinds, from small Limited Liability Corporations (LLC’s) building and selling McMansions to large corporations responsible for high-rise luxury apartments. The Downtown LA website has mapped 40 major DTLA projects under construction or that will soon break ground. The Los Angeles Development Map is even more revealing, showing the location of hundreds of recently completed, under construction, and proposed major real estate projects. It visually documents the extent of LA’s real estate boom, especially in the Downtown (from Dodger Stadium in the north to USC in the south), MacArthur Park, Koreatown, Miracle Mile, Beverly-Fairfax, Hollywood, West Hollywood, Culver City, North Hollywood, and Warner Center.  Plus, if you want to see the geographical concentrations of smaller real estate projects, check out Urbanize LA. For the remainder, especially McMansions, visit the Beverly Grove and Melrose neighborhoods. Just be sure to take your anti-nausea medication before hand.

The forces behind the real estate boom.

City Hall’s decision movers and shakers have a cozy relationship with these investors and their go-betweens. As revealed by recent ethics fines and FBI prosecutions, City Hall’s institutional culture prioritizes real estate investments over everything else. When these municipal mucky-mucks applaud “development,” they don’t envision upgraded sidewalks, bicycle lanes, street trees, public schools, and recreation centers. Instead, they are focused on private real estate investment. For them, this rising tide not only buoys their careers, it is also the best indicator of a robust local economy. They comfortably sit in the glow of construction cranes, spewing fairy tales that pricey, auto-centric, high-density commercial and residential projects create jobs, promote transit ridership, and reduce homelessness. These real estate benefactors have developed full herd immunity to the obvious, that the sand castles they shepherd through City Hall increase traffic congestion and homelessness, while reducing the number of rent-stabilized units.

This rising tide hardly lifts all ships. Instead, the super-profits accumulated by developers, some of which trickle-down to glad-handing public officials, leaves most Angelenos with a rundown city. Their elected official know-how to strategically pose for photographs with protesters, but not how to repave streets or prevent undergrounded water mains from bursting.

Distrust in government is an inevitable by-product of turning City Hall into a rigged casino in which the house favors speculators. Faith in elected officials is already at an historic low, and it is headed lower. When this happens, it becomes nearly impossible for earnest elected officials, like California Governor Gavin Newsom, to galvanize the public support for vital tasks, such as controlling Covid-19. Such no-brainers as facemasks and social distancing become a major challenge when public officials are held in such low esteem. 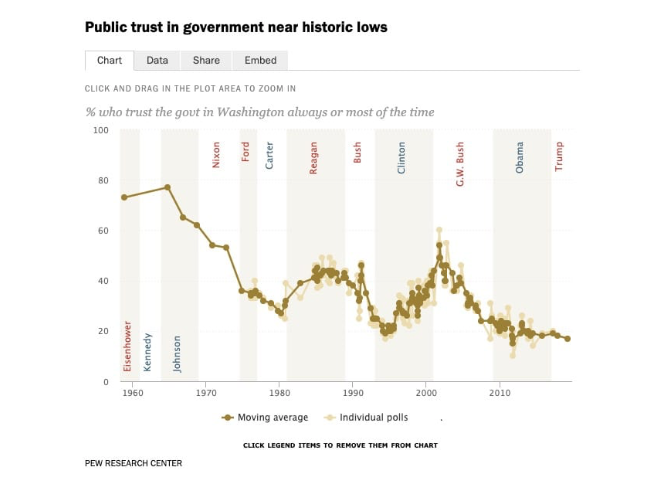 Economic and racial inequality in an inevitable outcome of continuous real estate speculation.  Furthermore, taking a knee with City Hall demonstrators is quickly seen as a public relations stunt when it is not matched with policies that promote economic and racial equity.

Breakdown of infrastructure and public services. Los Angeles has become a city marked by crumbling streets and sidewalks, scarce parks, and recreation centers, failing water mains and sewers, and a maxed-out electrical grid. Our city barely functions, yet City Hall continues to sacrifice these basic public services to unplanned real estate speculation. In this world, implosion will come sooner rather than later. Even if they are bailed out again, breaks.

Botched planning process. While State laws and LA’s Charter require a comprehensive General Plan, the City's adopted plans are out-of-date, and none are properly monitored. The trained planners are at their desks, ready to take on this job. But, to do it right, unrestrained real estate speculation must end because LA’s population is now declining and its burdened infrastructure cannot meet the needs of existing residents and the new buildings.

For LA to become the city of the future imagined in the 1980s, it needs to return to basics, a hollow Mayoral slogan that papers over LA’s current building boom. City Hall cannot have it both ways. It cannot underinvest in LA’s aging infrastructure and public service, while welcoming so much speculative real estate. All of those McMansions, apartment towers, and commercial buildings need water, electric power, garbage collection, sanitary sewers, and street capacity. Even without a major earthquake, it is only a matter of time until this house of cards caves in on itself.

(Dick Platkin is a former Los Angeles city planner who reports on local planning issues for CityWatch.  He serves on the board of United Neighborhoods for Los Angeles (UN4LA) and is co-chair of the new Greater Fairfax Residents Association. Please email comments and corrections to rhplatkin@gmail.com or via Twitter to @DickPlatkin. Prepped for CityWatch by Linda Abrams.