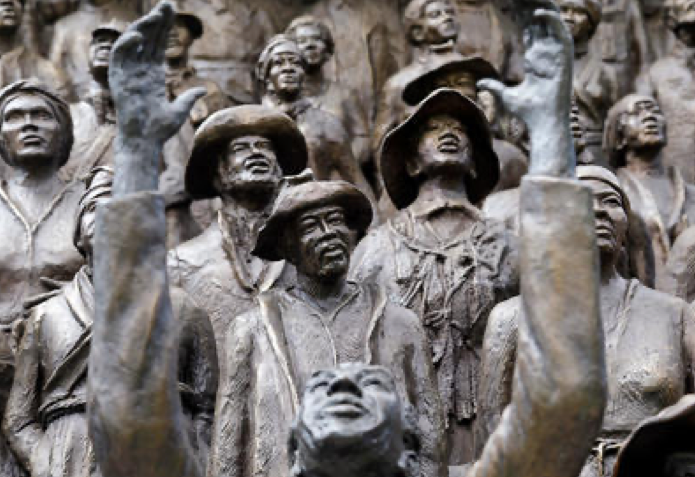 ALPERN AT LARGE--Juneteenth just happened. July 4th is coming up.

Neither Juneteenth was a singular event to end all slavery, and the Fourth of July was but one important day in the long struggle for American independence. But what is true is that if we are not ALL free, then NONE of us are truly free.

Hence the need for a Juneteenth holiday, and for widespread support for such a holiday more than ever.

Hence Republican Texas Senator John Cornyn and Democratic Texas Representative Sheila Jackson Lee, and many others, are pushing for Juneteenth to become a federal holiday.

Why Texas? Because Juneteenth celebrates an event in Galveston, Texas whereby slaves who didn't know about the Emancipation Proclamation for over two years were finally set free. That I went to medical school in Galveston makes this particularly interesting for me.

Of significance, and vital importance to the success of Juneteenth being an American holiday, and not just a "black" holiday (the same as Martin Luther King Day), is that for Juneteenth to succeed as a federal holiday it must be a red, white, and blue holiday--which will bring blacks into mainstream America in ways that must NOT, not EVER, be a "black revolutionary holiday":

1) The hearts and hopes of most within the Black Lives Matter effort are not burdened with thoughts of "revenge" and the rioting/looting we've seen take over too many peaceful marches. No group more than Black Lives Matter will suffer if it doesn't eschew and reject all violence among its harder-edged elements.

Because there will be no shortage of black Americans, including Muhammed Ali's son who will decry and want nothing to do with Black Lives Matter.

2) The best and brightest among Black Lives Matter members know that ALL lives matter, that the murderer of George Floyd stopped being a cop when he chose to be a killer and a lyncher, and that NO ONE more than African-Americans will suffer when riots and violence ensues in any protests against the killings of black Americans (even criminals but who are subdued) at the hands of policemen.

They also know that the daily and weekly slayings in Chicago and Baltimore, and of the deaths of slain black policemen, are in need of being decried--and that the mayors of those cities cannot escape criticism merely by "joining the protest"...because those mayors and associated city councilmembers, too, have oceans of blood upon their hands. 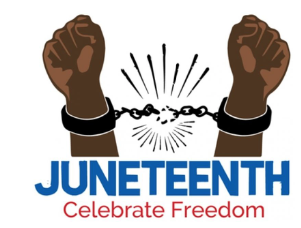 3) Ignorance cannot win out over knowledge of what actually happened in history, so that when statues of Ulysses Grant get defaced and/or torn down, the knowledge that they fought like the dickens to free the slaves that their own wives insisted on keeping gets ignored.

Shall we tear down statues of Martin Luther King because of his own personal failings (no need to go over them here, but they existed!), or shall we hunt down the Nation of Islam because of their possible involvement in the killing of Malcolm X?

Similarly, all the rebranding and renaming in the cause of political correctness, and the "Cancel Culture" decried by former President Obama, will also lead to the lack of a cohesive reintroduction of black Americans into mainstream America.

When the descendants of Aunt Jemima are unhappy about rebranding her product, that, too, is a problem. Black American success stories under any circumstances must not be eclipsed by a childish desire to rewrite history.

There are plenty of real nightmares in the way black Americans were treated, such as the destruction of a former "Black Wall Street" in Tulsa, Oklahoma that we need not waste our time on pointless, silly, and inaccurate historical claims that have NO bearing on reality.

More than ever, the shared struggles of black America, which really were those of ALL Americans, and which dogged our nation from its very birth, merits a Juneteenth federal holiday.

Yet for Juneteenth to be embraced by all Americans, it must NOT be merely a "black" holiday. It must instead by a "red, white, and blue" holiday no less than July 4th.

Let freedom ring, in both our hearts and in our educated minds, to learn what really has happened, and with all of history's complicated nuances, to achieve the proper healing and consensus needed for our nation to truly become a United States of America.