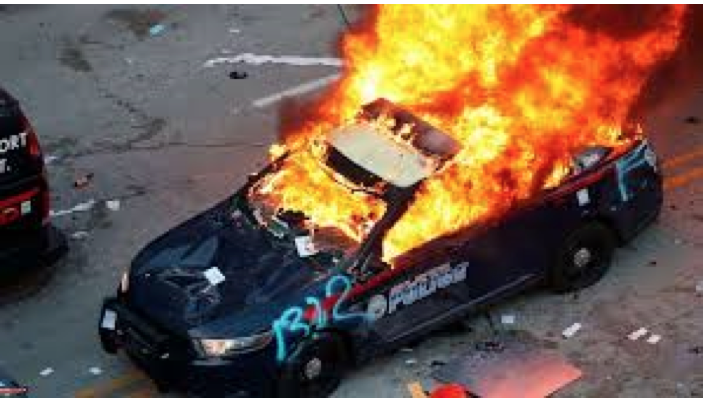 ALPERN AT LARGE--There are some of us (most of us, I guess) who favor and respect the police, and both understand what they go through to give them the benefit of the doubt...but who abhor a criminal who gets away with blatant murder because he/she wears a badge.

Hence, some (most of us, I guess) who despise Derek Chauvin, the presumed killer who "took a knee" on George Floyd's neck until he asphyxiated, also mourn the death of a beloved policeman, David Dorn, who was killed during last week's riots (incidentally, the suspect of his murder is also black, and is below on the right): 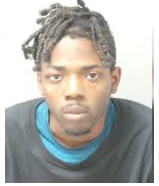 But it shouldn't be "news" that good and bad men and women come in all colors.

As stated in my last CityWatch piece, for which I've taken quite a beating from some of my conservative readers, we've all got a lot to pray for, and to reconsider--because, as the old expression goes, "point one finger at another and three point right back at you":

1) All cops are NOT like the failed and thuggish police department in Minneapolis, and good cops should raise their voices louder against posers who wear a uniform. From Fox News to CNN, everyone despises Chauvin, and arguably most have come to the conclusion that Minneapolis is rightfully dismantling its police department.

But what shall it be replaced with, and who will take a stance against those who are criminals--and hardened criminals at that?

And shall cities like Los Angeles, which already has reduced crime with a relatively low per capita number of police because of community-based policing, survive its recent defunding of up to $250 million?

And shall we remember that the City of the Angels is slashing up to 10% across the board in all of its departments, so that the need to fix our budgets (and confront our public sector unions, who may be more to blame for keeping bad apples employed in the public sector than any other factor) might be an opportunity to clean up city governments beyond just Los Angeles?

So do we want a bounty of justice, and more community-based policing with allying the police with the public, or do we want a pound of flesh to burn police stations and police cars...and maybe to just slay a few innocent, caring policemen because of some sort of sick, twisted "revenge".

2) All blacks are NOT criminals and should raise their voices louder against criminals.

It's no secret that the number #1 source of killers among young, African-American males is other African-American males...yet we've seen how the Crips and Bloods, who oversaw a horrible "Armageddon" of black-on-black crime in South L.A. (and which used to be called South-Central L.A. but is no longer called that in order to distance us all from that "Armageddon) ended that bloodshed.

With community-based policing, it's up to communities of ANY color not to tolerate killing innocents (and even not-so-innocents) because of "turf" issues.

Right now, it's Chicago and Baltimore and other urban centers where too many youths of color lose their lives senselessly in a vicious circle of slayings and retaliations...and while it's obvious that slayings at the hands of those with a badge is particularly horrible, NO death of a black youth is "acceptable" or "normal".

Because, as with black policemen, those innocent youths slain in urban centers also have lives that "matter".

3) All Americans, including white Americans, are NOT racist, and should raise their voices louder against racists of all colors and backgrounds.

At the risk of offending some of my readers, I don't distinguish much between David Duke and Al Sharpton--they're both race-baiters who've without any doubt have serious blood on their hands. We elected Barack Obama to two terms as President of the United States in large part to move beyond the ilk such as that which Duke and Sharpton represent.

We have done, and certainly can do, better than either David Duke or Al Sharpton. Let no one make their careers, political or otherwise, based on race division, and let the Duke/Sharpton era be as much a stain on our U.S. history as the Ku Klux Klan...with rightful designation only in the past.

4) All protesting are NOT rioters and should raise their voices louder against the looters and criminals who snuck in amongst them.

So, what did we accomplish last week, as many commentators of all colors have asked?

Certainly, the Floyd family is correct in that the riots won't bring their lost brother/father back And of the over ten people who died, and who were entirely innocent, as were the many wounded and the many businesses (black-owned and operated as well!), did THEY get justice?

Antifa is NOT just a construct of the Orange Man in the White House--they are real, they are dangerous, and both Antifa and any "anti-police" activists throwing Molotov cocktails) are as much a danger to our society as any thuggish cop.

Arguably, cops like Chauvin (Floyd's presumed killer) is NO LONGER a cop when becoming a thug or criminal. Arguably, rioters are NO LONGER protesters, either...they're just mere criminals as much as Chauvin appears to be.

We're still all in this together, so the question of what we want, as both individuals and as a society, is still valid:

Do we want justice, or revenge?

Do we want police departments to become reformed, responsive, and more effective...or just diminished to enable criminals to rampage out of control?

Do we want to aspire to a higher society for the future, or take a pound of flesh from the police (almost all who have been entirely helpful and honorable to society) for the sins of the past?