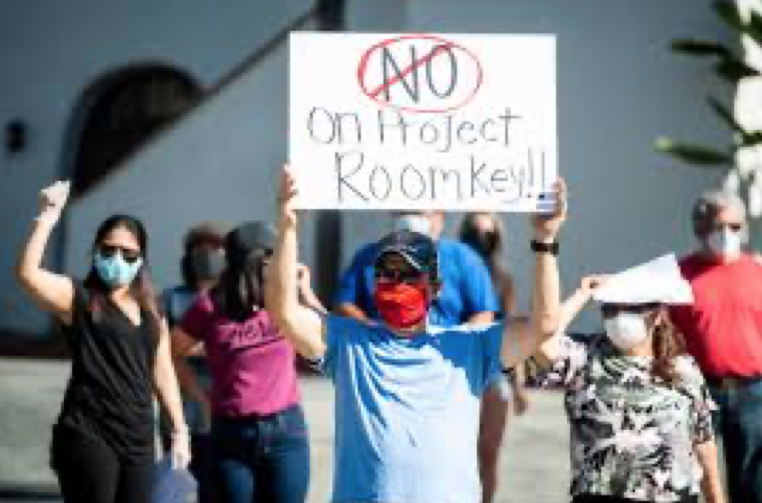 CORONA’S WRATH VISITED ON LA COUNTY-Over the next year, experts estimate that the number of unhoused people in California due to rising unemployment from coronavirus can grow by up to 20%, from 150,000 people currently to 180,000.

In Los Angeles County, which contains more than 40% of the unhoused population in California, that can mean an increase of up to 12,000 more people on the sidewalks over the next twelve months.

That’s 1,000 families left for LA’s concrete every four weeks. And if LAHSA’s Project Roomkey shows us anything, it’s that given two months, the city of Los Angeles can barely manage to get well short of 3,000 of its 15,000 most vulnerable unhoused citizens into a hotel room.

Exactly what would be the point of "reopening" Los Angeles if all we have are more people in tents crowding below freeways, at schools and libraries, and around grocery stores and restaurants?

At the same time, the mayor’s proposed budget, which slashes $9 million from housing and community investment next year for a total of $81.1 million but increases the police budget by over $122 million for a total of $1.9 billion, is in the motions for approval by City Hall over the next four weeks.

That’s four weeks of time for residents in Los Angeles to use their first-amendment rights to express opposition to this proposal.

I ask readers to imagine if just half as many people who flocked to the city’s beaches and park trails over the weekends called in to their local Council Member’s offices or Board of Supervisors’ office to demand they rescind their support for the mayor’s budget in its current form.

Mayor Garcetti and each Council Member and Board Supervisor are supposed to be our elected officials, after all, not Kings and Queens of our fate; each of these representatives is supposed to advance our interests given that they’re paid for by money from our income, sales, property taxes, and more.

See below for two directories, one for L.A. City council members and the mayor’s office, and another for the L.A. Board of Supervisors:

The office of the City Clerk also features a little-known form online for the public comment portion for items considered by the L.A. City Council, listed below for readers:

Office of the City Clerk for Public Comment Form


Not sure how to start? Feel free to contact yours truly for some ideas.