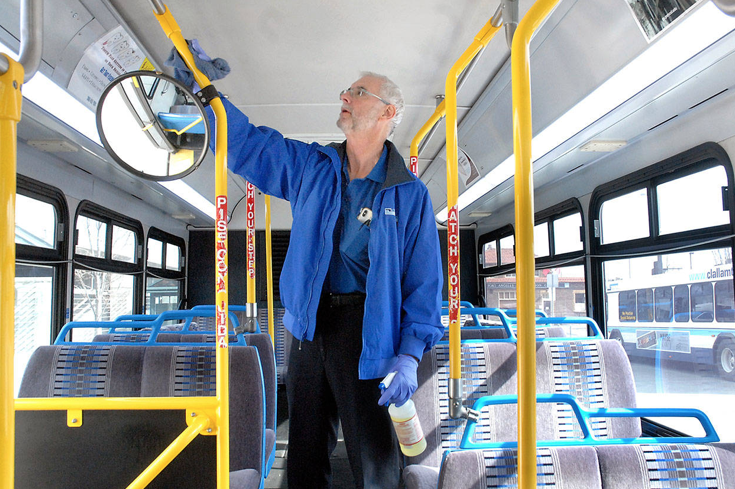 ALPERN AT LARGE--Just as it's too simple and myopic to blame the end of the world on the automobile...

(yes, some reading this believe that, but there's a reason or ten you'll stay in the minority with that opinion), it's also too simple and myopic to blame the end of the world on mass transit.

Yet the over adherence to mass transit, which SOMEHOW got tied to mega-density and "one size fits all" urban planning, is also fraught with public health and quality of life issues.

Because after all of my own advocacy, and the advocacy of virtually all mature, appropriate transportation advocates who fought for the Expo Line, for other rail/bus lines, AND want better roads and freeways, AND want better sidewalks and bicycle infrastructure, the thought of criminalizing or beating up on motorists (who are also transit users) is just plain wrong.

And, in the case of New York City subways, megadensity, and how it accidentally might have spread the COVID-19 virus exponentially greater throughout the U.S. the issue of mass transit requires as much rethinking as any other major issue during this "changing era".

It's neither accurate nor fair to blame mass transit, but clearly those overpromoting it (and I remain an advocate of mass transit!) without thinking it through deserve as much blame as any who threw sick elderly patients into nursing homes and unknowingly killed many an innocent senior citizen.

Similarly, if we don't take advantage of a 24-hour work schedule to promote shifting rush hours, we'll end up in horrible traffic, and more threats to our public health, like we did before the economic shutdown.

It IS fair and accurate to ask whether those who run mass transit now know what the heck they're doing however. It's no secret that the "go ahead and crowd the New York subways like before" message of Mayor De Blasio may have had some horrible direct and indirect results that are nothing short of catastrophic.

And it's also to be considered that, unlike New York's imperfect but sharp governor (Cuomo), New York City's mayor is a very stupid, stupid man who even his own constituents derided when he ran for President.

But in as much as I am proud of my friend and fellow transit advocate, Matthew Hetz, who last week wrote a CityWatch article demanding masks be worn on L.A. Metro buses and trains, it's absolutely terrible that a citizen had to proclaim what the "experts" running Metro should have figured out a loooooong time ago. Or at least several weeks ago.

And while it's great that now L.A. Metro DOES require masks the question begs to be cried out:

"What the heck took you so long, LA Metro?"

Too busy coddling the homeless ruining the riding experience?

Too busy coddling the developers who want to make mass transit a hated planning device to overdensify, instead of adding to a neighborhood?

Too busy not enforcing the criminal codes and patrolling needed to encourage riders to use L.A. Metro as a safe, crime-free experience?

Too busy spending public money on anything BUT the necessary infrastructure we're paying for in our many taxes?

The taxpayers will want their money back, and starve out a lot of otherwise very good, and long-overdue, rail and bus and other transportation projects.

It's up to L.A. Metro, to the New York and to other transportation agencies.