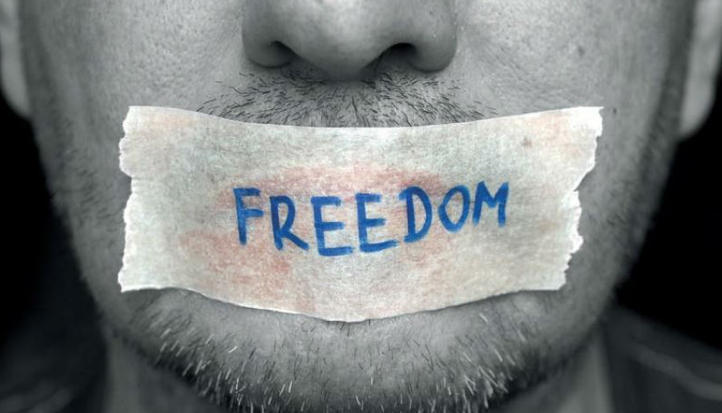 ALPERN AT LARGE--Much of the problem with current liberal politics--and it's probably tearing up moderate liberals the most (the so-called "JFK Democrats" or "Blue Dog Democrats) is that things are evolving and without coherence so fast that it's difficult to determine who to despise more, President Trump, Governor Newsom, or Mayor Garcetti.

Certainly, there are problems with conservative politics--President Trump's election was the revenge of the GOP base and non-Republican conservatives against President G.W. Bush, the late Senator John McCain, and current Senator Mitt Romney (all three of which are probably more despised by the Republican base than by any Democrat).

But here in the United States, and particularly in California (which likes to joke it's a sovereign nation...but it's NOT), the pushing of the envelope of the Constitution, and of civil rights, and of true freedom of speech is tearing apart different segments of the liberals dominating the City of the Angels and the State of California.

Those who are old enough to remember JFK, the Soviet Union, and the devastation associated with mass killings that occurred Communist nations know that there's a limit to how far left politically a city, county, state, or nation can go before real problems occur.

Others (usually younger) either don't know or don't care, or perhaps think that either the history was presented in a biased and/or inaccurate manner, or that we've learned from the mistakes of the past and we're too smart and careful/caring to repeat those terrible errors.

But as we gain more options to learn about the news, fake or biased or otherwise, and as our traditional paper media continues to disappear (some because of changing economic dynamics, and some because they've chosen to be so biased as to push away large segments of their reading base), things said or done can't be so easily swept under the rug.

And despite YouTube, Facebook, and other media platforms playing a censorship role that used to only be seen in China, there's still both liberal and conservative media who will speak truth to power:

1) In particular, the concerns raised of the Governor Newsom's deal with a Chinese company (Build Your Dreams, or BYD) for masks raises issues both of our own lack of preparedness for masks, and the hoarding by China of masks as it prepared to save its own people while knowingly infecting the world with Chinese tourists?

At first nontransparent, the considerations of doing WHATEVER IT TAKES versus pushing for more local companies to create masks has raised the ire of both conservatives and liberals alike.

And the refunding to California of approximately 25% of the $1 billion deal because of faulty masks again raises concerns of our past, current, and future murky dealings with China.

But to describe the purchasing power of our "nation-state" to do something "bold and big", Governor?

Is California seceding from the Union, Governor?

Because it's bad enough that a considerable fraction of our housing supply is being ceded to China, but is our economy and legal system going to emulate China, too, Governor?

2) The issues surrounding opening the beaches are also complicated. Did Orange County beachgoers cluster in crowds likes fools, or was it aerial photos?

Are we capable of enforcing social distancing, or do we shut down the parks and beaches indefinitely?

And where does President...er...Governor Newsom's power end, and the power of cities and counties remain independent and intact?

However, his lack of enforcement of homeless encampments now ravaged with COVID-19 virus looks as deplorable as the lack of precaution and movement on the East Coast (and in New York, in particular) that led to the deaths of many in nursing homes and packed in mass transit (way to go, Mayor DeBlasio!).

And the idea of storming hotels, or commandeering hotels to house the homeless?

Well, I like a good Mad Max/Road Warrior movie as good as the next guy, but I'm not sure we're ready for that in our lifetime.

We still are within the United States of America, and the only thing that keeps this all from unraveling is that the main opposition party of California, the Republican Party, is so poorly led and organized that there is no counterweight to a Democratic Party that is swinging so far to the left as to leave much of its base in downright despair.

Because to be a loyal Democrat is to resent or even despite the Orange Man in the White House...but a lot of Democrats are wondering if Newsom and/or Garcetti are even worse.

Because we still have a Constitution, and we still are a democracy...and we're not ready to shed all that, liberal or conservative or otherwise.