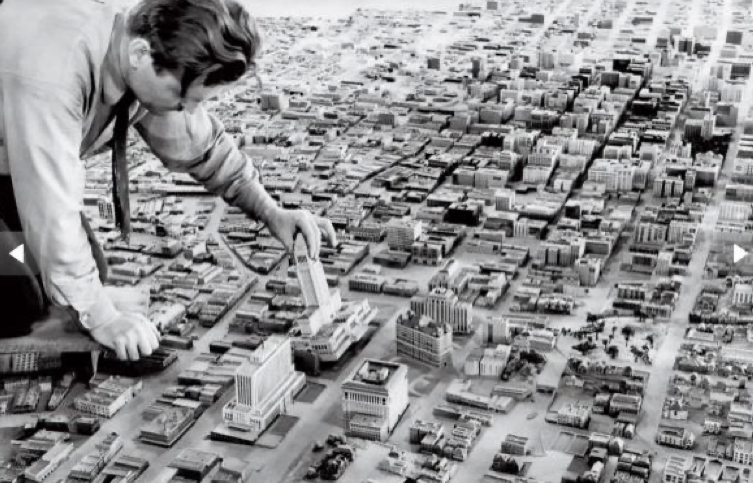 ALPERN AT LARGE--Fortunately, being stubborn or fixated on the past isn't outlawed.

Ditto for being unwilling to adapt (or at least recognize that things have changed) to the Coronavirus pandemic.

Because suburban sprawl isn't necessarily great, but it IS a reason why California didn't get nailed by the Coronavirus like New York did. Ditto for Florida: the demographics are like New York, but (despite not social distancing as early as was appropriate) they didn't pay the price that New York City and New Orleans did.

Similarly, the cities of Chicago, Detroit, New Orleans, and New York City have, by and large, suffered more than San Francisco and Los Angeles...and Orange County, CA has suffered less than Los Angeles.

Much of this has to do with demographics (African-Americans, and in particular groups of African-Americans with diabetes, have been hit particularly hard by the terrible COVID-19 virus), but let's not kid around:

Urban centers have their benefits with respect to convenience, economic benefits, and access to modern medicine. However, it's ALWAYS been known by every medical student that living in an urbanized environment lowers life expectancy.

So, why the heck is the "urban infill crowd" trying to jack up their overdevelopments again?

Why are they sending out a Survey Monkey to figure out how we should all turn our state into a gigantic megalopolis, even more than we've done already (LINK: https://www.surveymonkey.com/r/G7Y7B9M)?

Perhaps because of money, perhaps because of a quasi-religious belief in how we should all live (almost of this new wave religious sect have either no kids, or at least no kids at home), and perhaps because some of us running this state have ignored environmental law, the laws of physics and biology, and public health so long that they've forgotten how inappropriate that all is.

But the freeways and rails being relatively empty, and the economy being much harder hit in urban areas than suburban areas (and the health scares, to boot), appears to be lost on the tunnel-vision and obsessed "urban infill at any cost" crowds and elites (many, if not most, who do not even live in the environments they clamor for).

And as I've stated before in my last article, the Crenshaw/LAX Light Rail line had considerable benefits (which isn't just limited to transportation) but is on hold. However, much of this project is to spruce up Crenshaw Blvd. as an urban infill/urban development project.

But is a crammed thoroughfare with monstrous overdevelopments something we should embrace? Is that something that black/brown individuals and families embrace (or anyone, for that matter)?

We need distances in our work environment and in our home life. Ditto with schools and in parks. We love to play, work, and live like dignified human beings, and not animals.

Urban infill is meant to be a good thing. So is transit-oriented development and affordable housing.

The Coronavirus pandemic has shown that misinterpreting and misusing these overall venerable goals has awful consequences, both potential and real in nature.

And not mere theology, sneaky legislative tactics, and mercenary motives that help only a few connected creepy types.

Things are NOT going to go back to what we had in 2019, with Sacramento and Downtown L.A. forever thwarting their constituents. Urban planning, like everything else, will encounter a "new normal" that must be confronted.

So maybe we should all go back to that Survey Monkey link and tell our legislators and ivory tower, uber-rich elites to...infill THIS: stop the damned overdevelopment!