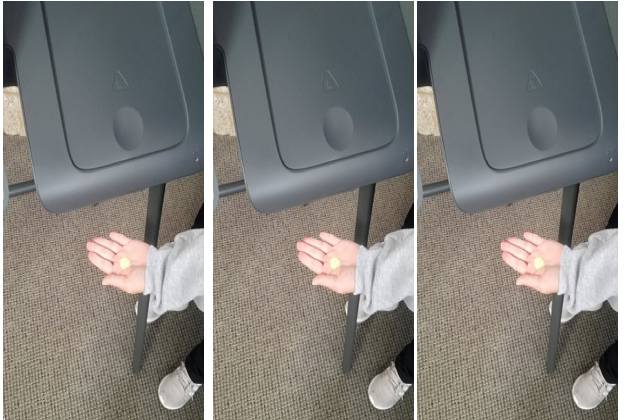 GUEST WORDS--Los Angeles County is premiering a voting system this month that officials think could become a model for the nation.

The system’s new touchscreen ballot marking devices are really very nice, but the “Poll Pass (QR code) feature” has problems and should not be used as planned.

The recent primary snafu in Iowa showed that deploying a poorly scrutinized election app can prove disastrous.  Well, Poll Pass and its accompanying “Interactive Sample Ballot” were not demonstrated when officials invited the public to check out the system.  Most unsettling, though, is that the feature relies on QR codes.

QR codes convey information like barcodes do — not in human language.  Whether generated online by a voter, downloaded, or received in the mail, a QR code is at the heart of each “Poll Pass.”  Each new L.A. voting machine has a scanner under its table to read the code.  With Poll Passes, voters use QR codes they can’t read to tell voting machines how they want to vote.

This feature would of course “help expedite the voting process” since voters using passes would not have to manually select any choices at the polls.  Elections officials want short lines at polling places, so they’re quite fond of Poll Pass.  “Unfortunately,” as Knock.LA blogger Carl J. Petersen put it last year, “the convenience of Poll Pass will come at a steep price for our democracy.”

County officials dubbed their new system “Voting Solutions for All People,” or “VSAP.”  They conceived VSAP as a way to have everyone voting in person use the same method of casting a ballot.  But Poll Pass is just an option.  Often the first thing I hear when I tell people about Poll Pass is “that’s unfair” to people who aren’t tech-savvy or are too poor to use a smartphone.  Of course it wouldn’t be the first fast lane for the rich.

The biggest problem with Poll Pass, though, is that its use of QR codes makes the new voting system insecure.  In fact, Poll Pass appears to violate the conditional approval VSAP received from California’s Secretary of State, Alex Padilla, which says, presumably to prevent hacking, “No component of the voting system ... may be connected to the Internet, directly or indirectly, at any time.”  But people are supposed to use the Internet to generate Poll Passes to transmit voting choices to voting machines in code, indirectly connecting the system to the Internet.

Producers of slate mailers can exploit voters’ desire to vote quickly by providing QR codes along with their slates, but speed when voting (QR stands for “quick response”) is not necessarily a virtue.  The relative ease of QR code voting would make voters more likely to vote a mailed (or downloaded) slate.  Since, as Peterson pointed out, getting on a slate often costs money, Poll Pass can favor wealthier campaigns and special interests.

Peterson also pointed out that unscrupulous organizations might send voters Poll passes that code for some different choices than the ones shown in plain language.  True, voters could review their ballots after scanning Poll Passes, but common sense and social science say many would not take full advantage of that opportunity, so corrupt Poll Passes could very well disrupt elections.

Poll Passes created on L.A.’s official election website do not list voters’ choices in text at all, which seems like a defect.  It’s hard to compare what appears on your ballot with what’s supposed to be in your poll pass if you don’t have a list of what that is.  Also, you may not realize that if you leave a code-only Poll Pass lying around, someone could decode it and reveal how you plan to vote, or that a prankster might swap it for another one without you noticing.  Voters should be forewarned.

Your vote is supposed to be private.  When you go to vote, you may notice people voting distinctive Poll Passes.  If a voter scans in a recognizable Poll Pass, and then prints and casts a ballot without taking time to change any selections, how the voter voted would be clear.  If someone you know is watching you, you might feel pressured to vote the same way.

Poll Pass is Internet-connected, vulnerable to unscrupulous operations, inequitable, and threatens voter privacy.  Elections officials should disable it, perhaps by covering the under-the-table Poll Pass scanners with seals.  L.A. County may not be about to follow Iowa into the abyss, but sooner or later using Poll Pass would cause problems.

(David A. Holtzman, an attorney and public health scientist, is a former president of the League of Women Voters of Los Angeles and an activist for electoral reform.  The views expressed here are his own.)