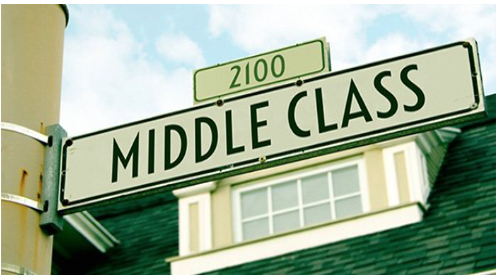 ALPERN AT LARGE--State Senators Scott Weiner and Toni Atkins have been defeated yet again in their attempts to destroy California, and create a zoning/planning nightmarish, hellish, environmental wasteland.

Fools = people who think they'll get something for nothing.

Tools = useful idiots who are kind and energetic and mean well, but they're worthy efforts are being exploited.

Ghouls = those who know damned well that there's a "BIG LIE" but will keep pushing that lie for their own personal benefit.

The LA Times was dead wrong in supporting SB 50 (not sure if they were tools or ghouls, or a bit of both), but are totally right in the need to come up with a better plan.

Forbes is also right in saying "good riddance" to this terrible bill.

So, what way now, California?

1) Listen to the middle class and the advocates (both liberal and conservative, and everywhere in-between) who both made California great and who can do it again, if they're represented.

2) Stop, stop, STOP! trying to create and empower a monied uber-rich class to pay for all the taxes and get all the financial and political empowerment to pay for everyone else. The middle class has more collective taxes and skin in the game to make sure things are more affordable, and to make sure that government obeys the taxpaying citizenry, not the other way around.

3) Intellectual honesty: If you want to build housing for the wealthy, then just do that. If you want to create affordable housing for the lower economic classes, then just do that. And stop lumping the middle class with the very poor. No one is any better than anyone else, but they'll have different needs and different requirements for their housing.

The plan, or at least a part of it?

1) Build for the very rich, and demand that Google or any other part of Silicon Beach pay for housing and transportation and infrastructure to keep things sustainable. We need those good jobs, but things must add up. Condos that start at $800,000 a piece aren't affordable, but let's build them and stop playing the "affordable housing/transit-oriented game". Van pools and the like work well!

2) If you want middle class housing, make damned sure that definition of "middle class" is defined properly. If a school teacher or firefighter can't afford a given house or apartment or condo, it is NOT affordable! Make some more small-lot, cute, ~800 - 1100 square foot starter homes and have enough parking and infrastructure so these young folks can get a piece of the American Dream.

3) If you want affordable housing, then kick the UC's and Cal State's (and maybe even the community colleges) to come up with annually-registered and ENFORCED affordable units near the schools so they don't need cars and can live on the cheap.

If you want senior affordable housing, then define what that is and create arrangements that don't require much cost, and make sure that caregivers will be assigned for the seniors' transportation needs. Seniors that want to travel around, and are healthy like anyone else, do NOT need affordable housing subsidization.

Workforce housing is like the Google/Silicon Beach analogy above. Enforced and employer arrangements to have workers live near them and not require their own cars to access employment is the key.

And the travesty of affordable housing units, and/or rent control units, given out to doctors, executives, or other wealthy/connected individuals must END. NOW! Enforcement must be done immediately and forever, and there should ALWAYS be a nexus to ensure why a given person must live close to work, family, school, etc.

NO ONE HAS TO LIVE IN CALIFORNIA, AND CERTAINLY NEAR THE COAST, UNLESS WORK, FAMILY, EDUCATION, OR OTHER SPECIAL SITUATIONS REQUIRE IT.

On a final note, there will always be the ghouls in Sacramento, and in Downtown, who will push for inappropriate and/or ill-advised ways to exploit "affordable housing" or "transit-oriented" monikers to push for the wealthy to slither their way into the coastal regions and break all sorts of zoning and environmental laws that were created for VERY good reasons.

Hence, we will need an ongoing institution to defend and promote a better California. Whether it's to speak truth to power, we need to support Better Way CA, which was and is replete with volunteers and a few lawyers to make sure that housing, zoning, neighborhood preservation, and both a secure economy and environment can be achieved in the 21st Century.

The non-profit Better Way CA is the best way at this time that Environmental Law, Affordable Housing, and Neighborhood Preservation can be achieved while allowing California to thrive once again. I have no stake in that, will donate to it, and recommend others do the same.

The City Attorney's job description is to represent Downtown, not us. Ditto for Sacramento's lawyers.

We need a lawyer and a team of fighters--similar to the needs that created the ACLU and the NAACP. We need a Better Way for California.

Because otherwise no one will represent the remnants of the middle class that built, and must now rebuild, California.

(CityWatch Columnist, Kenneth S. Alpern, M.D, is a dermatologist who has served in clinics in Los Angeles, Orange, and Riverside Counties, and is a proud husband and father to two cherished children and a wonderful wife. He was (termed out) also a Westside Village Zone Director and Board member of the Mar Vista Community Council (MVCC), previously co-chaired its Outreach Committee, and currently is Co-Chair of its MVCC Transportation/Infrastructure Committee and Vice-Chair of its Planning Committee. He was co-chair of the CD11 Transportation Advisory Committee and chaired the nonprofit Transit Coalition and can be reached at [email protected]. He also co-chairs the grassroots Friends of the Green Line at www.fogl.us. The views expressed in this article are solely those of Dr. Alpern.)