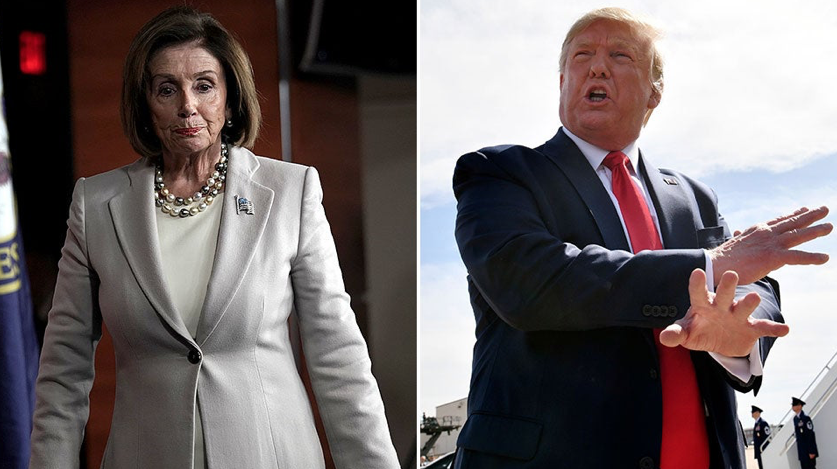 ONE MAN’S OPINION-The ramifications of Speaker Pelosi’s incompetence are now on full display in the United States Senate.

Despite exhortations that Pelosi not cut short the evidence gathering in the House, she did just that. No competent prosecutor stops gathering evidence at stage one. We all now suffer the consequences of her sabotage of the impeachment process.

The initial witnesses whom Rep. Adam Schiff’s House Intel Committee called received standing ovations. At personal risk of retaliation by Trump, at risk of sabotage to their careers and even at risk of the safety of their families, they truthfully testified to all the facts known to them personally. They did not embellish or distort by material omission. Their testimony and their documents provided a rock-solid basis for the additional testimony and documents.

Collectively, the nation was ready to move ahead into a new era of integrity and more fact gathering.  Even the GOP was helping by pointing out the additional testimony to take and the documents to gather so that the crucial threshold of evidence would be reached, and they could abandon Trump (except for the hard core true believers -- some people believe Elvis is still alive).

Then Came the Big Lie

Pelosi insisted that Trump was interfering. No. Trump tried to interfere (doesn’t he always?). Trump’s attempts were a failure. People whom he said could not testify were coming forth; the U.S. district court ruled that the witnesses had to obey the House subpoenas over Trump’s objections. Pelosi failed to mention that many of the most important subpoenas which had been issued, had been withdrawn by her. People cannot just barge into House chambers and demand to be deposed.

Pelosi and All House Democrats Were Warned

The law professors warned against Pelosi’s stopping the fact gathering. Although Pelosi had prematurely moved the proceedings from Rep. Adam Schiff to Rep. Jerry Nadler’s House Judiciary Committee, the U.S. Constitution gave the House the “sole power” over the first phase of impeachment which included the evidence gathering. No one outside the House could stop them. Both Schiff and Nadler wimped out and did not defy Pelosi.

Nixon Impeachment Provides the Guiding Light – ‘What Did the President Know and When Did He Know It?’

When the President is accused of High Crimes and Misdemeanors, the vast majority of Americans believe that the evidence of his wrongdoing should be as great as shoplifting a box of raisins from a 7/11, e.g. “Beyond a Reasonable Doubt.” Pelosi stopped the testimony and document gathering long before either Schiff’s or Nadler’s committees gathered that level of evidence. Let’s be clear – Pelosi stopped the testimony and document production – and no one else. Even after a favorable federal court ruling, she prevented the nation from learning the most vital evidence when it most mattered.

What attempt was made to call Rudy Giuliani, who will bring his own damning evidence and show it on Fox News? Where was the subpoena for John Bolton? Where was Les Parnas – an intermediate step in finding out what Trump knew or did and when he knew or did it?

As the woefully inadequate evidence from the House now stands, Rudy, etc., may all have been doing what they felt Trump wanted, but he had not actually told them to do it. Perhaps, after he learned the facts about the Ukraine and the Biden investigation, he ratified every single terrible act to enlist a foreign government to subvert American elections. Maybe Trump did not get involved until the cover-up stage. Based on the House’s deficient evidence, no one knows. Belief is not evidence beyond a reasonable doubt, a legal standard for which OJ must be eternally grateful.

On Tuesday, January 21, 2020, the House Democrat managers were shot down in every attempt to open up the fact gathering which Pelosi had closed down. While the House Managers disingenuously phrase it as “the Senate should call witnesses,” everyone knows that the House managers want new evidence. Schiff’s presentation on Wednesday, January 22, 2020, reminds me of Swiss cheese – nice but full of holes. We may not use our beliefs to bridge the gap in evidence.

Under today’s standards of due process, the prosecution may not intentionally conceal evidence and then spring it on the defendant at trial. If Pelosi had really tried to get evidence and if Trump had in fact prevented the fact gathering, then the House Managers would have a better position. They would not be the culprits who prevented the evidence from becoming part of the record. As a legal maxim, one may not take advantage of his own wrong. While the public may be duped into believing Pelosi made a bona fide attempt to secure all the evidence, the Senators know that is nonsense.

The Senators know that standing before them are Adam Schiff and Jerry Nader who betrayed the county by allowing Pelosi to stop long before they could get an answer to the question: “What did Trump know or do and when did he know or do it?”