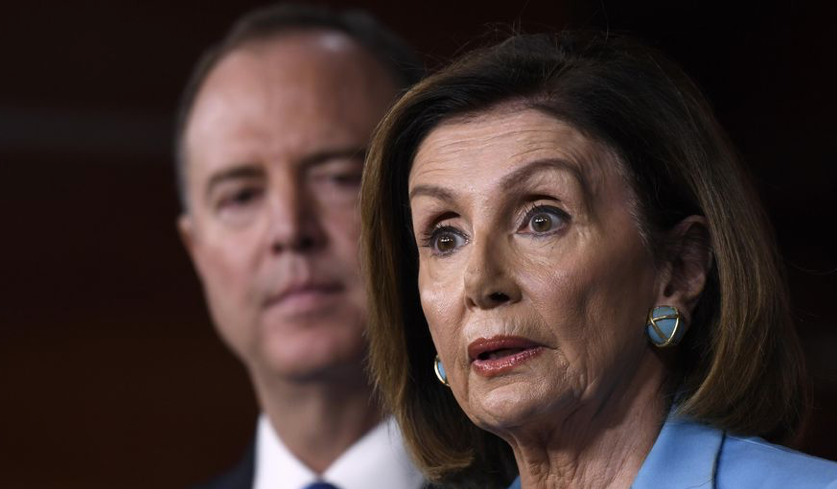 ONE MAN’S OPINION-Trump constantly lies for two reasons: (1) He suffers from a Histrionic Personality Disorder, which makes him mentally incapable of telling the truth; (2) No one really cares that Trump lies.

The claim that the Dems care about Trump’s lies is disproved by the adage “actions speak louder than words.” In fact, Pelosi and other Dems love the fact that Trump’s is so mentally ill that he cannot help but tell outrageous lies. Trump must be the center of attention; he must always receive cheers and praise and if he must always attack anyone who displeases him. We experience his daily Twitter Insanity, which is chock-full of lies and incoherency, but the Dems only care to the extent they can raise money from Trump’s mental deficiencies. If Pelosi and the other Dems cared about the nation, they would have cooperated with the moderate GOP in early 2017 to Nixonize Trump. Look at the timeline. Only after the Dems would not Nixonize Trump, did the GOP make a pact with the lunatic Alt-Right, i.e., The Freedom Caucus.

Trump is a clear and present danger to the nation and the idea that the Dems care is another gigantic lie. All Pelosi cares about is raising money and winning her ferkata Group Rights War. Anything which raises money is fine for Pelosi, who has flung open the doors for the Dem Party to vile anti-Semites.

There are two truths about impeachment: (1) Trump has committed numerous impeachable offences including treason; (2) Nancy Pelosi is working as hard as she can to prevent Trump from being removed from office. The moment Trump is gone, Pelosi’s power drops into the basement and there is nothing in the universe more important to Nancy Pelosi than her personal power.

When the GOP on the House committees act badly, they are sending two messages – one to their Alt-Right base and the other to the Congressional Dems. When the GOP complains that there is no evidence, they are signaling for the Dems to call more witnesses, especially the Three Fat Ladies (Giuliani, Pompeo, and Bolton).

After America finally saw honest men and women do that very un-American thing of telling the truth to power, the public praised them and gave them standing ovations. Then, Adam Schiff stabbed them in the back. The testimony of Vindman, Hill, Holmes, Sondland, etc. laid a fantastic foundation for the GOP to Nixonize Trump. The GOP responded by signing, “Yes, give us more facts so we can get rid of the lunatic.” (In Washingtonese, “you have no facts” means “gives us more facts.”)

That means Vindman, Holmes, Hill, Sondland, etc. appeared for nothing. Vindman’s family is in danger and Schiff let Pelosi stab him in the back. Schiff could simply have announced that the subpoenas for more fact witnesses were being issued to the Three Fart Ladies and others. Then, let Pelosi publicly counterman what Schiff announced. (Memo to Schiff: Weenies have no business in elected office.)

The Dems complain that the GOP will not stand up to Trump, while they all cower in fear of Nancy Pelosi. The GOP laid out a road a map of the additional evidence which the House needs to produce so that the GOP can turn on Trump.

Even Senator Mitch McConnell is placing pressure on Pelosi to let Jerry Nadler call more fact witnesses by saying the Senate is unlikely to call new witnesses. In other words, the GOP is telling others who understand “Washingtonese”: “In order for us to Nixonize Trump, you Dems have to produce all the evidence in the House because we will not allow you to introduce one iota of new evidence in the Senate.” Remember, removal only will happen while the case is in the House.

Pelosi, McConnell and Other Congressional Members Know This. . .

Under Senate rules, a majority of the Senate will not approve more witnesses to testify against Trump. Unless the Dem House bucks Pelosi and calls heavy hitting fact witnesses, there will be no new evidence allowed in the Senate and Trump will not be removed.

Here’s another big Pelosi lie which the Dems are shamelessly spewing: “There is overwhelming evidence against Trump.” Like with the OJ Trial, the evidence in the record is little more than paltry.  Vindman and the others gave us a wonderful foundation, but the evidence to turn the tide against Trump is being intentionally excluded. We will know when the evidence is “overwhelming.” The GOP will Nixonize Trump.

More evidence to convict OJ existed, but it was not introduced before Judge Ito. (Remember, OJ talked to LAPD for hours after which his attorney Howard Weitzman quit.) Prosecutor Marcia Clark talked about the mountain of evidence and had her chart of a pyramid of evidence, but it was mostly fantasy. Yes, OJ did it. He later told us how. The point is that when incompetent or corrupt prosecutors handle a case, the guilty go free. That is what Pelosi is doing right now. (Marcia Clark did not want OJ to go free; it was pure incompetence at the highest levels of the LA DA’s office.) If you want an OJ Redux, let Pelosi stop the evidence gathering. Chairman Jerry Nadler can do what Schiff was too chicken to do – issue subpoenas to more fact witnesses.

As explained previously, Prof. Noah Feldman said, impeachment is essential to the Republic’s survival when the election process is inadequate. That is why we cannot let Nancy Pelosi truncate the impeachment process by allowing the most damning witnesses not to become part of the official record. Pelosi’s clear goal is to aggrandize her personal power as her power rests in her fundraising for elections. If Trump is Nixonized by the GOP, her power evaporates.

The Real Culprits Are We the People

The reality is that we elect two types of people to political office: (1) crooks like Eric Garcetti, Kamala Harris and Donald Trump, and (2) craven cowards like Adam Schiff. There is no courage for a Dem to complain about a GOP and vice versa. What neither will do is tell the truth about their own party.  Both parties are in a race to the ethical gutter and both parties are winning. Why? Because We the Sheeople condone outrageous lying. Whatever our group says is A-OK and whatever the other group says is 100% bad – and facts play no role in our judgments.

Who thinks the Republic can survive when We the People are habituated to lying crooks and cowards so that decent people quit Congress?

(Richard Lee Abrams is a Los Angeles attorney and a CityWatch contributor. He can be reached at: [email protected]. Abrams views are his own and do not necessarily reflect the views of CityWatch.) Photo: Doug Mills/New York Times. Edited for CityWatch by Linda Abrams.