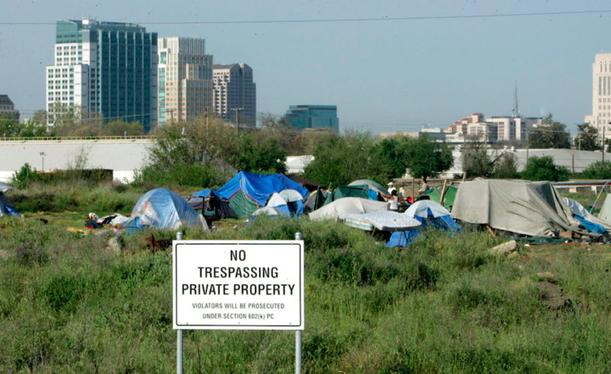 TRUTHDIG--I’ve followed this issue during the campaign. Some candidates have made passing mention of the need for affordable housing, a popular issue related to homelessness.

But where are the ringing cries for mobilization for the very poor? “I see one-third of the nation ill-housed, ill-clad, ill-nourished,” Franklin Roosevelt said at his second inaugural. Harry Truman passed the Housing Act of 1949, which financed public housing. Jimmy Carter, who once lived with his family in public housing, continues to bring the issue into the public view with his work for Habitat for Humanity.

As a humanitarian crisis grows in the wealthiest country in the world, most of the media attention goes to President Trump and his expected impeachment by the House and trial by the Senate. Donald Trump has so overwhelmed politics that dialogue consists of his shouted lies, insults and threats and the Democrats’ scattered efforts to respond to them.

I confess that the drama obsesses me, too. As part of my daily morning ritual, I turn on cable news for the latest evidence of Trump’s insanity. I read the morning paper, drink coffee and pet one of our cats in a burst of multitasking. Then I go for a walk around the neighborhood.

That’s when I am reminded again that the homeless and their troubles haven’t made it onto the presidential campaign agenda. That omission is painfully evident as I pass by the increasing numbers of homeless who live in tents or under blankets on the streets of Los Angeles. Where were the homeless in the Democratic presidential debate this week? They got barely a mention.

At a Starbucks a few blocks from my house, an elderly African American man seated in a wheelchair on the sidewalk recently asked if I could help him out. I gave him some money.

“Where did you spend the night?” I asked.

“In a tent, near downtown,” he replied. He took the Expo Line commuter train to this more affluent neighborhood, where he had a better shot at some handouts. When he said “near downtown,” he likely meant skid row, the largest of the city’s ragged encampments, where the tents are packed so tightly on the sidewalks that passersby must walk in the street.

The man in front of Starbucks reflected much about the American homeless crisis. It is, to a large extent, a black crisis, inextricably linked to the systemic racism directed against African Americans.

There are many causes of the high rate of black homelessness, but behind them all is invariably the great affliction of American society: racism.

“The impact of institutional and structural racism in education, criminal justice, housing, employment, health care and access to opportunities cannot be denied: Homelessness is a byproduct of racism in America.”

Racism dooms too many African Americans to poor education, a fact that plays a key role in depriving them of the possibility for economic upward mobility. It maroons them in poor neighborhoods with substandard schools. This makes it hard to climb out of poverty and homelessness. Add to this that the poor need two or three jobs to survive, and you begin to see how they live in constant peril of losing their housing.

“We see that just one expense, one emergency of $500 or $1,000, throws them over the edge,” said Megan Joseph, executive director of Rise Together, a San Francisco Bay Area anti-poverty group. “We’re talking about a huge percentage that’s living on the edge and barely [making] ends meet.”

I am among many reporters who have spent years examining homelessness. I’ve interviewed people of all races who have become homeless at one point or another. I’ve talked to the admirable people who are dedicating their lives to fighting for the homeless, working in the streets, in medical care facilities, drug rehab clinics and jails. I still wonder how they keep at it day after day.

It is an endless war. And with Trump and the right in power, I don’t see the end to it. The president’s only interest in the homeless is to blame them for violating homeowners’ and merchants’ rights, and to somehow link them to the Democrats, as he does with undocumented immigrants. That’s what he did on a recent visit to California.

The homeless have no political clout. There are no votes for politicians to gain for helping them. They don’t do much marching or demonstrating. Political organizers don’t bother with them. The people who care are the volunteers, unpaid or low-paid, trying to steer them into the limited number of housing and aid programs that exist.

There seems to be no place for them in the presidential campaign.

I don’t have solutions. I once made the mistake of confessing that to Roosevelt Grier, the great National Football League star turned minister, when he asked me for my ideas on solving some problem. I said I was just a reporter. He looked down at me from his lineman’s bulk and in a powerful voice said it was my duty to have solutions. I believe he said that God wanted me to have them.

So here are some ideas, although not solutions: Raise taxes on the rich and big corporations, with the money going for housing for the poor, along with medical and mental health services.

Build public works projects in the hardest-hit areas. Many of the homeless are just a job away from making it. Give them a break.

And here is one more idea: The presidential candidates should talk about the homeless, visit the encampments, hear the stories and convince their more fortunate constituents to help. Out of sight, out of mind is no longer acceptable.

(Robert Scheer is a the Editor in Chief of Truthdig.com. He is a former Los Angeles journalist. This perspective was posted first at Truthdig.com.)