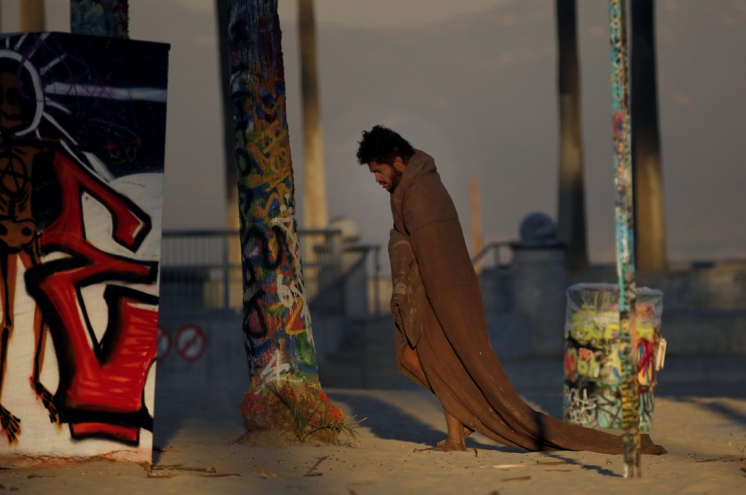 ALPERN AT LARGE--Every once in a while, the denizens of Planet Stupid show up on Planet Earth to bless us with their willful ignorance, false narratives, and racist/classist sentiments.

What should have been an enlightening and thoughtful open house on Homelessness in Mar Vista last night (11/6/2019) at Daniel Webster Middle School and supported by Abundant Housing and the CD11 Councilmember Mike Bonin, understandably shed more heat than light.

Councilmember Bonin does hear and "get it" with respect to the fury and frustration of all parties involved. Whether his answers are correct is the stuff of debate and politics, and certainly even his greatest detractors must acknowledge Bonin's limited power to fix all the problems surrounding our homeless and affordable housing issues.

But what "took the cake" was the final Q & A session, where the answers from the public were met with very-well-intentioned but largely ineffective answers by a large panel of caring individuals.

Safety, the rights of the taxpaying and majority citizenry, the questions of whether homeless have the right to live and do drugs and urinate/defecate in public--these are all tough issues.

Or are they? Spending up to $500,000-700,000 per unit to house the homeless isn't just fraud, waste, and abuse, it doesn't address the mental illness and drug addiction and treatment needed to help people (who WANT help) improve their lives.

And the City's Mayor, City Attorney, and City Council hiding behind lunatic judges' legal interpretation of the law to justify LA being a homeless capital of the nation isn't helping?

But along comes Mister Virtue-Signaler, the caricature of a young, white, anarchist weenie/beta-male if ever there was one, with the last question of the evening to the panel, which (paraphrased, went something like this:

"How can I, as a privileged white male, help address the NIMBYism and racism and classism that led to this homeless crisis?"

And, of course, the Abundant Housing crowd cheered and raised their fists in agreement and support to defend a host of false narratives too long and lopsided for this column to address them all.

Councilmember Bonin, whether he agreed with this fellow or not, did mention that much of our homeless problem derives from tendencies in our local, state, and national history.

To Mr. Virtue-Signaler, I've already raised the issue with ignorant drop-outs and suck-ups like yourself with a previous CityWatch article. Here's another answer:

YOU are the racist, classist, cruel jerk who divides and paints caring individuals the wrong and untruthful way. YOU are the one transferring your own, personal disgusting sentiments to those of us in Mar Vista who are anything BUT the kind of person YOU are.

Mar Vista (and I was a part of that effort) embraced and helped fight and pay for the Expo Line and fought the NIMBY's who opposed that.

Mar Vista helped pass and pay for Measures H and HHH, which are being hideously misspent but are meant to help the homeless.

Mar Vista's homeless (as with the rest of the City) includes those who are white and who come from backgrounds that do not include poverty (but who do have drug/mental health issues).

Mar Vista's neighborhood council is raising the issue of why more projects are being built that are anything BUT affordable, and who are kicking out low-income renters right and left.

So, Mr. Virtue-Signaler, you may wonder why it is that the homeless and affordable housing problems will be fixed without you, and by those who scorn the likes of divisive and clueless individuals like yourself.

Ditto with Abundant Housing. There ARE answers to getting more affordable housing, but if you're either knowingly or unknowingly being used (or even paid) by developers who don't give a damn about the plight of the lower and middle class, then you aren't part of the solution...and may be a huge part of the problem.

So, for all of you virtue-signalers who harbor racist, classist sentiments, feel free to consider fixing your own disgusting feelings and tendencies.

Because the rest of us are trying to fix and bring together the City in a reasonable, realistic, and race-neutral manner.

And, unlike yourself, Mr. Virtue-Signaler, we're waaaaaaay past racism. YOU may not be, but we certainly ARE. Got over it since childhood, if not since birth.

So, get some help. And stop painting those who don't have your pathetic problems as those who need fixing.