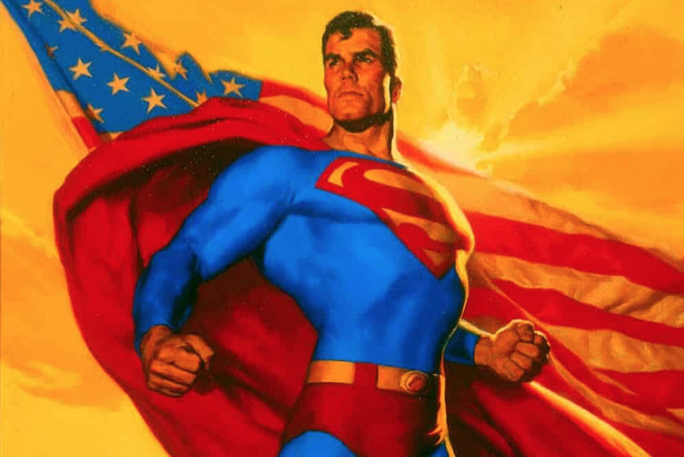 ONE MAN’S OPINION-Before we can arrive at truth, we need facts.

Without facts, there can be no justice as no one can determine what happened. Who among us believes that America should be based on never-ending falsehoods?

A corollary of Lord Acton’s observation that “Power tends to corrupt” is that “Power lies.” Harvey Weinstein wanted what Harvey Weinstein wanted and he not only lied, but he also used his power to stop other people from divulging the facts. So too with Fox News Bill O’Reilly. Decades before Harvey Weinstein and O’Reilly were exposed, priests coveted little boys and got schoolgirls pregnant. The Church used the power of myth, falsehoods, and political clout to protect the predators. As we now know, the Church itself helped abusers continue their horrible transgressions by moving them to different parishes.

Let’s not be too hasty in condemning the Church as if its behavior was unique. As we now know, there was extensive abuse of teens within the Boy Scouts of America. Many Scout troops were intimately connected with Protestant Churches who used their power to perpetuate decades of abuse. The takeaway is that institutions have power, and hence, institutions like the courts have the power to silence their victims.

Gov. Gavin Newsom recently signed Assembly Bill 218 which gives victims of childhood sexual abuse until age 40, or five years from discovery of the abuse, to file civil lawsuits. The law also suspends the statute of limitations beginning Jan. 1, 2020, so that victims of all ages may bring lawsuits within the next three years.

AB 218 Is Not Even the Tip of the Iceberg

The assault on Truth, Justice and the American way has been underway for decades, which is why states are throwing aside statutes of limitations to allow victims to sue. Right now, almost no one is focusing on the most abusive institution in our society – the courts. We should not think that abuse ends with sex; financial and psychological abuse is rampant.

How Were the Facts Suppressed?

Power takes many forms and one form is to retaliate against truth tellers. Harvey Weinstein, priests and scout leaders threatened their victims, “No one will believe you.” How many times did predators threaten that they had the power to murder a child’s entire family if he or she squealed?

The Power of the Courts Includes the Power to Kill

For those who fight against the epidemic of corruption in California’s judicial system, the court’s Dexter Jacobson Option is alive and well. Dexter Jacobson was the San Francisco attorney who in 1990 was about to meet with the federal prosecutors to turn over his files documenting vast corruption in the bankruptcy courts. Rather than getting justice, he got a bullet in the back of his head. His computer hard drive was stolen, his body dumped in Marin County, and his murder was not investigated. Attorneys, like Richard I Fine, who bring to light abusively corrupt judges are less likely to be personally murdered for a couple reasons:

(1) The judges can no longer send the LAPD to the attorneys’ offices and homes to steal the files since with the electronic data has been spread far and wide. Ironically, however, Snail Mail is even more effective as the judges have no way to know to whom thumb drives and DVDs have been mailed.

(2) Killing an attorney’s career is usually sufficient to deter other attorneys from “ratting out the judges.”

The Abusive Nature of the California Judicial System is Mind Boggling

Judges have great power. Like priests of yesteryear, they start with the myth of honesty and sobriety.  There is the myth that judges need judicial immunity in order to do their jobs, but to paraphrase Det. Mark Fuhrman of OJ Trial fame, “all true cops [judges] lie, cheat, and set people up.” Virtually no one outside the judicial system believed Mark Fuhrman. Yet, a few years later the entire Los Angeles Police Department was under a consent decree from the United States Justice Department and the LAPD had its own parole officer in the form of federal District Judge Gary Feess. Predators do not merit immunity.

No One is Safe from Judicial Retaliation

In January 2015, a three-judge panel of the Ninth Circuit Court of Appeals said that the California judicial system suffered from an “epidemic of corruption.” While the outspoken Judge Alex Kozinski was focusing on prosecutors like State Attorney General Kamala Harris, it was clear that the massive misconduct could not take place without the assistance of the state court judges. Later, Judge Kozinski was removed from the bench, stopping his incessant objections to judicial corruption including that involving Sen Kamala Harris. For perspective, let’s assume that Judge Kozinski was guilty as sin. Is any of us so naive as to believe that with all the abusively tyrannical federal judges around the nation that the only one who merited removal was the most famous judge who was fighting judicial corruption?

Many judges use their power to destroy the truth. Sometimes it is for their own financial gain, sometimes for career advancement, sometimes for a “no pay mortgage,” or sometimes due to a serious personality disorder, e.g. Narcissistic Personality Disorder, DSM 301.81.

The lethal part of a narcissist is the combination of a grandiose sense of entitlement and narcissistic rages. When they do not receive the obsequious kowtowing they demand, they exhibit a rage against whoever exposed their foibles.

Judges have the power to change facts. If facts stand in a narcissist’s way’s way, he or she will simply declare his or her own facts. If your aging mother won’t sell her property to a judge’s friend, the judge has the power to declare your mother incompetent with a Trustee appointed over her property.

Simply put, with no effective oversight by the Commission of Judicial Performance and a State Bar’s willingness to attack attorneys who offend judges, We the People are victims of an abusively predatory court system.

Cowardice Makes One an Accomplice

While some judges may prefer Truth, Justice and the American way, they hide like cowards, using similar excuses: “What can I do? I am only one person.” “If I speak out, I am off the bench; then what good can I do?” “That’s Judge L’s business so I will just do as good a job as I can in my courtroom.” “Well, that’s just how we do things in LA,” (referring to ignoring Supreme Court precedent).

There are plenty of court staff who could put corrupt judges away for years since judicial immunity does not extend to the behind the scenes ex parte communications and bribes. Of course, it will take a federal grand jury investigation. If we can send eighteen-year-olds to die for oil in Syria, why can’t a middle-aged U.S. Attorney convene a grand jury?

Without persons of courage, predators will remain undeterred and the powerful will continue to kill Truth, Justice and destroy the American way.