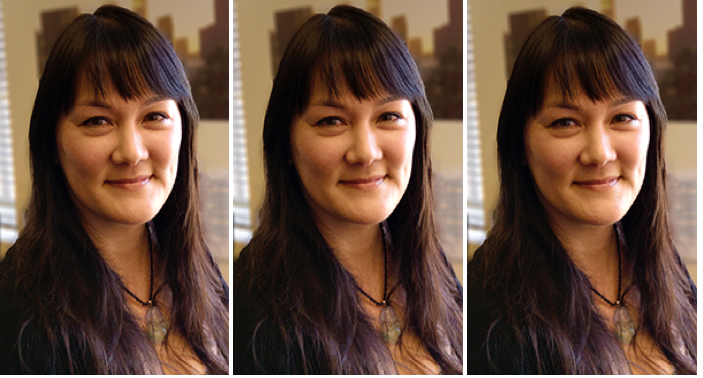 GELFAND’S WORLD--Counting on my fingers, I come up with a total of 6 general managers of the Department of Neighborhood Empowerment (DONE) over its brief lifetime.

That seems like a lot for an agency that has been around barely since 2001, but there was excess turnover during the mayoral reign of Antonio Villaraigosa because of his political meddling. Things eventually settled down.

Here's saying farewell to Gracie Liu, who served for a long while and unlike one or two predecessors, leaves with her dignity intact. We've had our agreements and disagreements, but somehow the system has survived and the number of councils has grown to 99.

Hello to new GM Raquel Beltran. Beltran is following the Liu standard of making herself open to neighborhood council participants. At least that is the case so far, in that she is engaging in what she calls a "listening tour." This will involve visiting all the neighborhood councils, the regional alliances, and the specialty alliances. This weekend, she visited the Neighborhood Council Emergency Preparedness Alliance as part of that tour.

At that meeting, Beltran told us a little about herself and her background. She has most recently worked at the Pat Brown Institute at Cal State Los Angeles and as the director of the League of Women Voters locally.  Working alongside Raphe Sonenshein at Cal State, she was involved in creating the Civic University, a well regarded training program for newly elected neighborhood council board members.

Including the stint with the Pat Brown Institute and the League, she has a pretty substantive resume when it comes to organizations that study and interact with governments. She also has experience working for the Red Cross, which may very well come in handy in this new era of fire danger and earthquake awareness.

Beltran comes across as reasonable and thoughtful, although a little less jokey than her immediate predecessor. She has not asked me for advice on how to do her job, but we might as well take a shot at explaining a few things about our history that she might find useful.

We all have an opinion on something, and there will be lots of chances to hear the differences. Hey, just look at this column from anytime over the past half dozen years or, most likely, in the immediate future.

Over the course of our history, the Los Angeles neighborhood councils have evolved in different directions. Mostly, councils have concentrated their efforts in a few well defined ways.

For example, my own council concentrated a lot of its early efforts on air quality, because we are next to the Port of Los Angeles, and at the time it was pouring out huge quantities of diesel exhaust. Other councils concentrated on land use issues, typically involving the incursion of high-rise buildings into neighborhoods that had been mostly one- and two-story dwellings. Some concentrated on defending adjacent parklands. Others did their best to represent some ethnic group, whether it was Chinese, Latino, Korean, or Armenian.

Most of us eventually mixed our efforts over the course of the years, sometimes joining with our sister councils on significant questions.

Most long-time participants consider neighborhood councils to be fundamentally political. We exist to tell government officials and agencies when they are wrong. As one of my colleagues put it, we exist to fight City Hall  . . .  and win.

That was the point of putting up a resolution at the recent Neighborhood Council Congress that reminded lawmakers that we are not happy about them taking campaign contributions from real estate developers. That, after all, is the distillation of all those fights over all those years against high rise buildings impinging on our neighborhoods.

Evaluating the performance of city departments and agencies

One explicit rightful function of the neighborhood councils is to evaluate the performance of city agencies and departments. Whether it is the police, the sanitation department, or the commission on aging, we are empowered to consider and report on how they are doing. This, with a few exceptions, is probably the least performed function. We have complained vociferously about agencies that directly affect our councils -- the City Clerk and DONE, to be precise -- but we haven't done a good job on the dozens of other agencies. It's time that we pick up on that duty.

Defending our own rights

When a couple dozen of us invented the Los Angeles Neighborhood Council Coalition (Lancc) a few years ago, one of its purposes was to defend the rights of neighborhood councils against city agencies including DONE and the Board of Neighborhood Commissioners (BONC). Much of this has been obviated by the simple measure adopted by both groups, namely, to attend meetings of the alliances and to take questions about their actions. That has helped a lot. We have Gracie Liu and her immediate predecessor to thank for creating this policy. At the same time, there are still some frictions and disagreements.

The major difficulty is the disparity in power between the appointed BONC and the local, elected neighborhood council governing boards. The BONC seems to think it can impose new requirements on the locals including training. Technically this may be true, but there is little evidence that the BONC has ever gotten things right. In the new era, the City Council has given the BONC the authority to remove a board member or even to remove an entire board. This was supposed to be a reform of some sort, but I suspect that the next time the BONC threatens an entire board, the conclusion will be the old truism that hard cases make bad law.

Early in the existence of the neighborhood council system, a few of us recognized one central fact: Any one council by itself has little influence. But if many of us banded together and jointly passed a strong resolution, the City Council would have to listen. I used to say that if 60 neighborhood councils all passed the same motion in the same month, we would start to develop real political influence. This did not seem to be happening by itself, in spite of the availability of the internet and email.

Out of these difficulties came the notion of alliances. That was the central reason for developing the Los Angeles Neighborhood Council Coalition. Along about 2008, during the big financial crunch, the LANCC developed into an organization that made policy pronouncements, everything from the concern over unfunded pension obligations to the influence of campaign contributions.

On their own, the valley councils developed (even earlier) the valley alliance (VANC) which continues to represent about one-third of all our councils.

Still, we haven't really developed the ability to speak with one voice. Perhaps this will happen eventually, but it would seem to require some sort of cultural evolution on our part. One significant obstacle is the Ralph M Brown Act, which requires that we create an agenda and post it at least 3 days in advance of taking any action. That means that if the City Council puts an item on its agenda for 3 days hence, we cannot act on it according to standard accepted procedures. In practice, even given the theoretical possibility of a special meeting (one day's notice), most councils take at least a month to take up an issue.

Still, we are trying. We have on occasion passed a resolution at the annual Neighborhood Council Congress. This year's motion calling on City Council members and candidates to refrain from taking money from real estate developers was a definite success. Perhaps the annual congress will continue to develop along these lines. In the meanwhile, we have monthly meetings of LANCC which take up all manner of policy questions. For example, the LANCC has held vigorous debates about the imposition of the so-called road diets on our city streets at a time when the authorities took it all for granted.

The concern among long-time activists is whether we will be able to continue as quasi-independent political voices who exist to tell our City Councilman when he is wrong. A week ago, we passed a resolution calling on the City Council to avoid getting into the trap of calling for a governmental emergency over the homeless crisis. Something as important as the California Environmental Quality Act should not be voided in order to achieve some quick temporary partial fix. This sort of questioning and passing of resolutions is the proper function of the neighborhood council.

The problem is that -- what with the agencies which besides BONC and DONE now include the City Clerk -- we are getting bogged down in red tape, rules, technicalities, and every other manner of nonsense. Right now the BONC is debating imposing additional training requirements on board members, even as it is attempting to modify our bylaws without our consent.

The problem is that we get tied up in fighting off these proposals. It's an equal difficulty that some neighborhood council participants support such requirements. It's the old case of giving up a little freedom for a little security, but in the end losing both.

So Welcome to the new GM

So welcome and enjoy your stay. Understand the issues raised here -- just some of the topics you will eventually face. We haven't even mentioned the question of grievances (and who gets to file a grievance against whom or what), the increasingly complex financial rules, and probably worst of all, the danger that some creative member of the City Council will offer up a ruinous change to the system. Most of all, you will deal with the fact that the city government has been fairly effective in keeping the existence of our neighborhood council system hidden from most of the people. There has been little or no budget available to do a citywide advertising blast telling the people what they have in this system. It's time that changed.