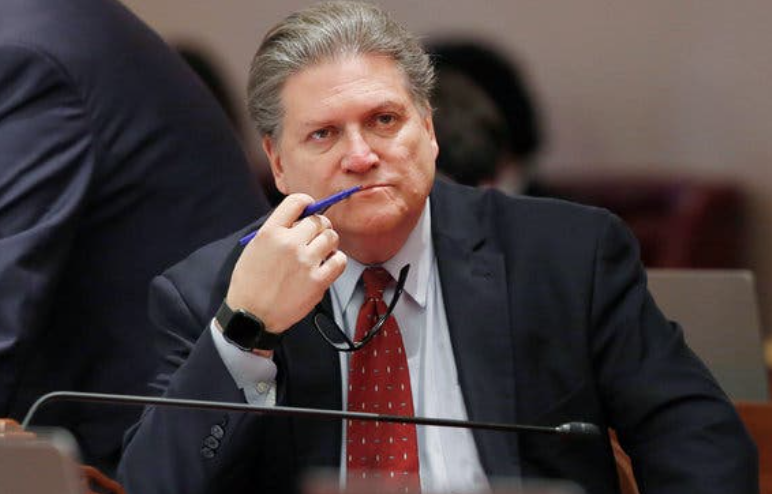 RANTZ & RAVEZ-My recent RantZ regarding Senator Bob Hertzberg eliminating California’s Posse Comitatus law -- the legal requirement compelling a person to assist a police officer during an arrest when ordered to do so by the officer -- drew a quick and defensive response from him.

I was informed personally by him and his staff that a person can still assist a police officer when the officer is confronted with a violent or uncooperative suspect. What is removed from the law is the legal requirement compelling a citizen to do that. In other words, a person can still assist an officer if they want to, but if they choose to ignore the officer and walk away, there is no violation of law.

You and the hungry California tax agenda.

Next is the move to float additional taxes for schools in Los Angeles and throughout California.

Since the Los Angeles Unified School District failed to gain enough votes to pass Measure EE, they are at it again. With the failure of Measure EE, the school district is pleading poverty, claiming that soon they will not be able to pay bills including teacher’s salaries and benefits. I know that teachers are not appreciated by some in our society. However, they truly deserve our appreciation and financial support for the work they do in trying to educate our city’s youth. What the LAUSD needs to do is restructure its bloated administration structure to reduce costs and put the funds where they are needed most -- with the local schools and teachers.

The State of California is working on floating a school funding tax for schools throughout the state.  These funds will be used for a variety of school projects and improvements in structures. The result will be additional taxes for each of us to pay.

In addition, if the wishes of our Sacramento Legislators and Governor are realized, the 2/3 majority of voters currently needed to pass tax increases will be reduced to just a 50% majority to pass proposed new and additional taxes.

When the FBI comes calling with search warrants, things must not be in order.

The FBI has visited Los Angeles City Hall and other city facilities in recent months. Why would the FBI come calling with armed agents serving search warrants at various government buildings? It does not take much imagination to figure out that something must be wrong in the political offices of the City of the Angels. Has the Devil invaded LA’s political structure? What possible corruption and illegal activity has warranted the Feds to visit City facilities, including the office of the LA City Attorney? Only time will tell what information caused the FBI to obtain probable cause to initiate the move on parts of Los Angeles’ city government.

When we examine the current operations of our city’s government, we find checks and balances built into some departments and operations. For example, the LAPD has the Civilian Police Commission and the Inspector General to make sure operations are run in a legal and proper fashion.

The City Attorney is the legal authority for the city and answers to the voters, yet there is no direct system of checks and balances on that office. The City Council and the City Controller are independent and also answer to the voters. The Department of Water and Power has a civilian commission and ratepayer advocate to oversee certain operations. So, when the DWP recently came under scrutiny, the mayor appointed an Inspector General to become the watchdog for the department that is currently under investigation.

What does the Inspector General do first? He establishes facilities, staff and all the other administrative operations needed to carry out his duties, which will cost additional dollars that we will all pay for in our DWP bills. I just received my DWP bill in the mail today totaling $532.05 for two months. I live alone and don’t waste water or power. With the additional costs to operate the DWP, I can imagine that my next bill will be higher to pay for all the new expenses the DWP will be spending on the ongoing investigations that will take months to complete.

The City of Los Angeles is not only a city with an out of control homeless population with rats and other vermin running around, but we have a City Hall that is filled with possible corrupt illegal activity. Time will tell if we can clean up the City of LA and our City Hall.

That’s it for this edition of RantZ and RaveZ. See you on Channel 11 during the next police pursuit.