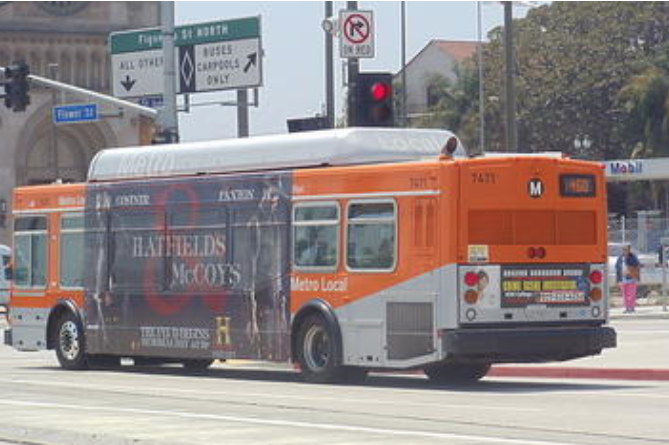 GETTING THERE FROM HERE-Bus ridership in Los Angeles is plummeting, says the Wall Street Journal, but LA Metro CEO Phil Washington thinks he has the solution.

“It’s too easy to drive in this city,” says Washington. To get people back on the buses, the city needs to “actually making driving harder.”

The main way he wants to do that is to turn existing street lanes into exclusive bus lanes. The increased congestion, he says, would help “change behavior in a city whose culture is largely built around driving.”

Transit carries less than two percent of passenger miles in the Los Angeles urban area, while automobiles carry well over 90 percent. Unfortunately for Washington, those pesky auto drivers for some reason are resisting his efforts to take away their driving lanes.

“Sometimes you have to tell people what’s good for them,” Washington told the Journal.

According to the University of Minnesota Center for Transportation Studies, the average Los Angeleno can reach 50 percent more jobs in a 20-minute auto drive than a 60-minute transit ride. Adding a few exclusive bus lanes isn’t going to change that much.

So tell me again, Mr. Washington, how is transit so good for people that it is worth slowing down the 90 percent of them who don’t ride it just to fill a few more bus seats?

The Utah Transit Authority (UTA) has an answer to that question. According to a study from University of Utah researchers done in cooperation with UTA, transit is less polluting than driving. Never mind the fact that Salt Lake City’s light-rail cars are powered by electricity generated from coal-fired power plants. Those power plants are “outside the Wasatch Front,” say the researchers, “hence the emissions aren’t in Salt Lake’s air.”

It’s true: the main coal-fired power plants supporting the Salt Lake region are on the other side of the Wasatch Mountains in Carbon and Emery counties and in Wyoming. Apparently, when it comes to transit, greenhouse gas emissions don’t count if they are emitted in someone else’s backyard.

Meanwhile, in Las Vegas, where transit ridership is also declining, a member of the Regional Transportation Commission’s advisory committee argues that Uber and Lyft are unfairly taking customers from the transit system. “I’m a capitalist,” he says, “but they’re not competing, they’re cannibalizing.” He’s referring to the fact that, so far, Uber and Lyft are losing money. But Amazon and a lot of other companies lost money when they began and eventually became profitable. The “advisory committee,” by the way, appears to consist of consultants and contractors who could make big bucks from building new transit infrastructure.

The article in the Nevada Current argues that “much of the community” in Las Vegas “has been clamoring for an expanded and more efficient transit system,” but with ridership dropping, the transit commission won’t be able to do that. However, the only evidence provided that people are “clamoring” for more transit is another article in the Current that mainly quotes transit agency officials and board members. Despite this lack of clamor, the agency is considering putting a sales tax that would subsidize it on the ballot.

Transit agencies (and reporters) need to recognize that they exist to serve people; people don’t exist to serve transit. If transit is no longer providing the service that people need, then it is time for the agencies to reduce their services, not to increase taxes.

(Randal O'Toole is an economist with forty years of experience critiquing public land, urban, transportation, and other government plans. This article first appeared on the Antiplanner and also, in New Geography.)