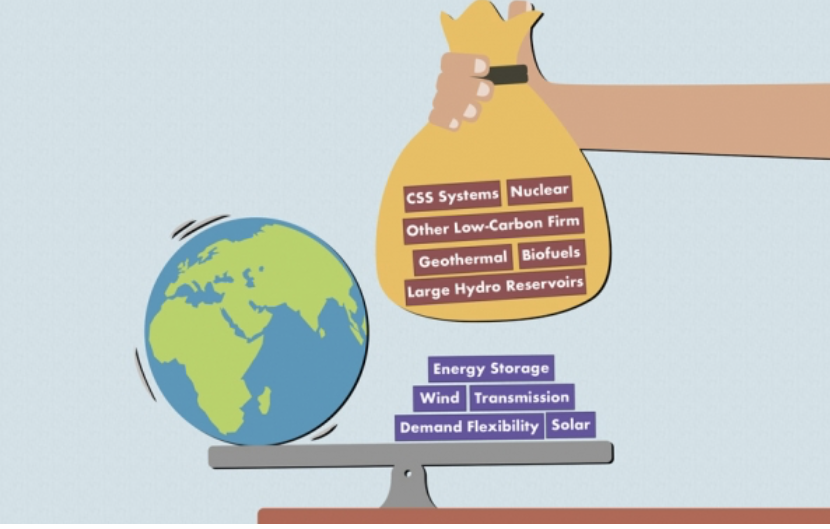 ENERGY POLICY-The California Public Utilities Commission’s (CPUC) plans to make all homes and businesses use electricity only means electricity will need to take up the duties that natural gas has been performing, and provide continuously uninterruptable power as California is on a path toward 100% renewables and “zero-carbon” sources in electricity by 2045.

But wait, California cannot generate that much electricity from wind and solar renewables!

Last year alone. California imported up to 29 percent of its electricity because it could not generate enough in-state to meet its demands. The good news is that we’ve had no brown outs. The bad news is that imported electricity comes at higher costs and are being borne by residents and businesses alike. Without the huge land requirements for wind and solar renewable electricity, the need to import more will escalate every year.

The benefits of a carbon-free society are often discussed, but rarely are the high costs of achieving this technological breakthrough or the financial impact that breakthrough would have on various economies. Before we dump our current electrical generating plants, shouldn’t we have replacements in place for that electricity? It’s like jumping out of an airplane without a parachute attached!

Under current technologies, France has demonstrated that the only way to achieve scalable, reliable, flexible, abundant, and affordable carbon-free electricity capable of powering modern societies is using nuclear power.

As you know, California is phasing out nuclear reactors that have been generating continuously uninterruptable carbon-free electricity. In 2013 California already shutdown the continuous nuclear facility of SCE’s San Onofre Generating Station which generated 2,200 megawatts of power and will be closing PG&E’s Diablo Canyon’s 2,160 megawatts of power in 2024 getting ready for the renewable intermittent electricity from wind and solar.

It gets bleaker in the coming years, as Los Angeles Mayor Garcetti’s recently announced that Los Angeles will shut down three gas-powered electricity generating power plants at Scattergood, Haynes, and Harbor:

He went on to say that “this is the beginning of the end of natural gas in Los Angeles.”

The likelihood of constructing large wind and solar farms in California is very bleak as evidenced by recent actions in San Bernardino. Recently the San Bernardino County’s Board of Supervisors slammed the brakes on big solar projects and highlighted a challenge California could face as it seeks to eliminate the use of fossil fuels.

San Bernardino locals soundly voiced their objections to those land devouring, eco system disrupting, unsightly monstrosities that lead to higher electricity prices and lower property values for nearby residents, saying not-in-my-back-yard (NIMBY’s in action)! So, with no places to locate the renewables farms, what’s next?

The mayor and the CPUC hearings about decarbonization in homes and businesses, are deliberately ignoring the fact that Natural Gas generating plants provide about 47 percent of the state’s electricity, and the state has no plans to replace that with renewables!

With the shuttering of nuclear and natural gas power plants that have been generating continuously uninterruptable electricity, our elected officials seem to be oblivious to the fact that the State has no electricity generating capacity to replace what’s being shuttered. Further, that “green” electricity from wind and solar is only intermittent electricity as neither generates when the wind is not blowing, and the sun is not shinning.

California’s expensive electricity is already fifty percent higher than the national average for residents, and double the national averages for commercial, and are projected to go even higher. The inability to replace the closure of continuously uninterruptable electricity from nuclear and natural gas with renewables of wind and solar is causing the state to import more and more of its electricity.

To decarbonize homes and businesses will require that almost every chef in the state must be retrained to cook on electric grills and with electric ranges and ovens. Do you know how hard a task that is?

To decarbonize homes and businesses every home and business will need to change equipment from natural gas to the more expensive equipment in electric and also pay the exorbitant higher costs for that electricity to run cooking, heating and cooling, and washing and drying clothes.

Meanwhile, the non-electrical energy that has empowered the military, transportation, infrastructures, and global travel has done more for globalization and human progress than anything in mankind’s history and continues to be, met with deep-earth minerals/fuels.

CPUC’s actions will not contribute significantly to the 2045 targets but will most likely stymy growth of new construction and further drive up the cost of electricity for everyone. Their short-sighted action plans to decarbonize homes and businesses will put an undue strain on economically challenged individuals who already count every dollar they earn to make ends meet. This will not end well for anyone.

(Ronald Stein is the Founder and Ambassador for Energy & Infrastructure of PTS Advance, headquartered in Irvine, California. This piece appeared in Fox and Hounds Daily.)  Image: MIT, Chelsea Turner. Prepped for CityWatch by Linda Abrams.