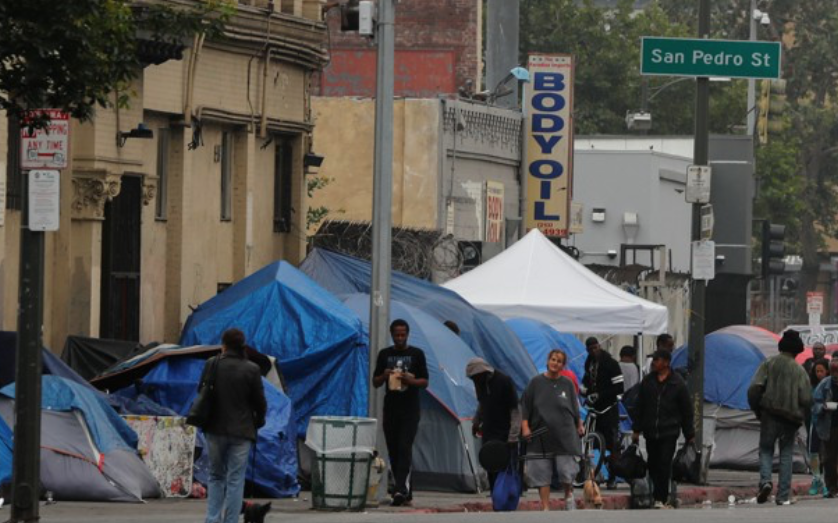 RANTZ & RAVEZ-Mayor Eric Garcetti is the 42nd mayor of the City of Los Angeles. He is an educated, respected and very nice man with an annual city salary of $248,141, in addition to having a city-provided residence, a city car and driver, and an LAPD security detail for his every move around Los Angeles and the world.

He is personable, kind, sincere and quite dedicated to his elected position as the mayor of our city. He was once considered a candidate for a federal office and possibly the office of President of the United States.

The praise we bestow upon Mayor Garcetti is for a variety of significant accomplishments and programs including a record $36.6 billion generated from tourism in 2018, capturing the 2028 Olympic Games for LA, as well as many other significant events that will continue to boost the local economy and create jobs in a wide variety of businesses ranging from construction to administrative to hospitality and more.

Along with all the positive praise I can muster for the mayor, I must also recognize that Mayor Garcetti and many other elected and appointed City Hall officials have been failing the taxpayers. There has been a with a total lack of leadership when it comes to dealing with the increasing homeless population spreading throughout all neighborhoods and regions of LA. The mayor has stated that he takes “full responsibility” for Los Angeles’ homeless population and associated problems that are negatively impacting area residents and business owners.

There are a variety of places for the homeless to sleep, if they truly want to find one. But there is a “housing resistant” segment of the homeless population that continues to increase in numbers. Believe it or not, many of them would rather live on the street or in a tent than comply with any rules required to live in a homeless or other associated shelter managed by well-intentioned charitable groups. This is just one of the real problems that comes up in deciding how to use the millions of dollars you voted for to provide housing, related assistance and materials for the homeless.

As a member of the Board of Directors of the San Fernando Valley Community Mental Health Center, Inc., I read its reports and speak with community workers about how resistant many of the homeless are in accepting any form of housing assistance.

If Mayor Garcetti truly wants to take “full responsibility” for the growing homeless population in Los Angeles, he would be wise to make significant changes in his administration. He needs to find people who have the tools and the courage to turn the tide of homelessness around and return Los Angeles to the proud city it once was. If things don’t change soon, LA will look terrible to the world during the 2028 Los Angeles World Olympic Games. The clock is ticking; time is wasting away.

A huge “RaveZ” for John Lee

Councilmember-elect Lee fought a hard victory to win the seat vacated by Mitch Englander who resigned to take a position outside of the political world. I endorsed John Lee and believe he will do a superior job representing the 12th Council District. Since I reside in that district, I will be reporting on his programs and activities. Good luck to John Lee and thanks to all of you who took the time to vote in this election.

On the topic of voting, I want to thank the community members who ran the local precincts in the 12th District. I voted at a local park and was the only one at that location for around 20 minutes. To say that the activity was slow is not an exaggeration. The polling place was well-staffed by nice community members waiting to assist voters.

My hat goes off to Bijan, Paula, Diane and Shirley for the dedication they demonstrated in working the polling place from around 6:00 a.m. until 9:30 p.m. -- a long day for the pay they receive. They are truly dedicated members of the community.

The Federal Bureau of Investigation (FBI) invaded Los Angeles City Hall and adjacent facilities for the second time. Wherever there’s smoke there must be fire!

What’s up with that?

My next RantZ & RaveZ will review the two FBI raids at Los Angeles City Hall and other locations.