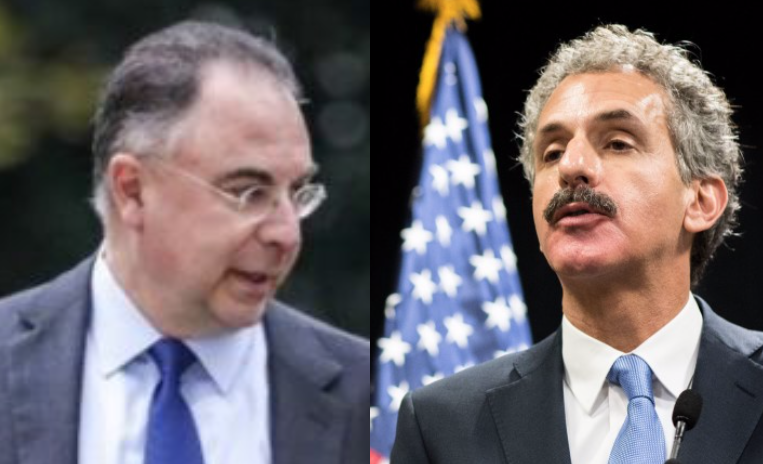 ONE MAN’S OPINION-The FBI had the audacity to raid the City Attorney’s office because the attorney who represented the plaintiffs in the class action lawsuit against the LADWP worked for the City Attorney. What’s wrong with the FBI? Don’t they know how LA works?

The LA City Council allegedly gets an 18% skim off DWP rates. Thus, it seems that when the DWP is caught cheating the public out of hundreds of millions of dollars, the city council will have to forego some of its loot and Garcetti will have less money to distribute among his buddies.

So, attorneys from the United States Justice Department are on board with the FBI: They are colliding with the colluding attorneys who fixed the DWP class action rate case. (Remember when the DOJ came to town and put the LAPD on parole for 13 years with the 2000 Consent Decree?)

Let’s see who else has a pony in this race

As CityWatch readers know, way back in January 2014, Judge Allan Goodman said that the 2012 update to the Hollywood Community Plan (Garcetti’s baby) was intentionally based on “fatally flawed data and wishful thinking” to the extent it subverted the law. No one cared.

Almost three years later, in December 2016, Judge Richard Fruin, however, ruled that the city council’s criminal behavior was “non-justiciable,” i.e., above the law. Should we call Fruin the “anti-Goodman?” One would think that Judge Fruin’s throwing the coat of judicial protectionism over city corruption would set off some type of alarms. But no. No one cared.

Soon thereafter, the destruction of rent-controlled housing increased, and LA entered a building boom which is rapidly turning LA into the nation’s homeless capital and a Third World country with rats, fleas and disease.

So Judge Fruin’s December 2016 ruling may be one reason why City Attorney Mike Feuer and Plaintiff Attorney Paul Paradis, who also worked for the City Attorney’s office, felt secure in a collusive relationship. When the city’s conduct is non-justiciable, collusion seems like a civic mandate.

Why did Judge Elihu Berle not stop the dual representation?

Judge Berle, who was appointed by Gov. Pete Wilson in 1996, approved the collusive settlement in November 2016. By the time of this DWP lawsuit, Berle had been practicing law or had been a judge for about 36 years. That seems like enough time to smell a rotting fish. While it is unlikely the city attorney bragged to His Honor about the collusion, the settlement was way off base. Consumer Watchdog was screaming and hollering. If Consumer Watchdog knew back in 2016, why didn’t Judge Berle know?

“The settlement provides no explanation about how the billing system went wrong or how the department will prevent further billing errors, Consumer Watchdog said.” (Courthouse News. Nov. 21, 2016, Matt Reynolds.) In class action lawsuits, the judge plays an active role in approving the settlements. Unlike run-of-the-mill two-party lawsuits such as an auto accident, class actions can have thousands of class members who can exercise no supervision of the plaintiff attorneys. The judge is supposed to be the person to protect the members of the public who cannot protect themselves. (As I write this in 2019, I realize what an outdated notion a judge’s protecting the innocent has become.)

One would think that a judge with a law degree from Columbia and an MBA from Wharton and who had been the supervising judge for the central district of the Superior Court would become suspicious of a class action settlement which had no explanation as to who did what wrong or why. If the judge does not know what happened, how could he decide whether the settlement was fair to the public?

Equally curious is Judge Berle’s silence on the subsequent transfer in 2017 of $242 million from the DWP to the City, while the class members were getting only $67 million.

Surprise, surprise, we the people are being cheated

No! It’s no surprise. It’s LA. That is how things are done in a criminogenic city in cahoots with a criminogenic judicial system. The surprising aspect is the FBI raids. Maybe the thieves should start worrying. It’s unlikely that the DOJ and the FBI will be tottering into state court to be kicked out by some judge saying that the city’s conduct is “non-justiciable” or that “we don’t look too closely at what’s been done wrong.” The Feds, ya see, have their own court system.