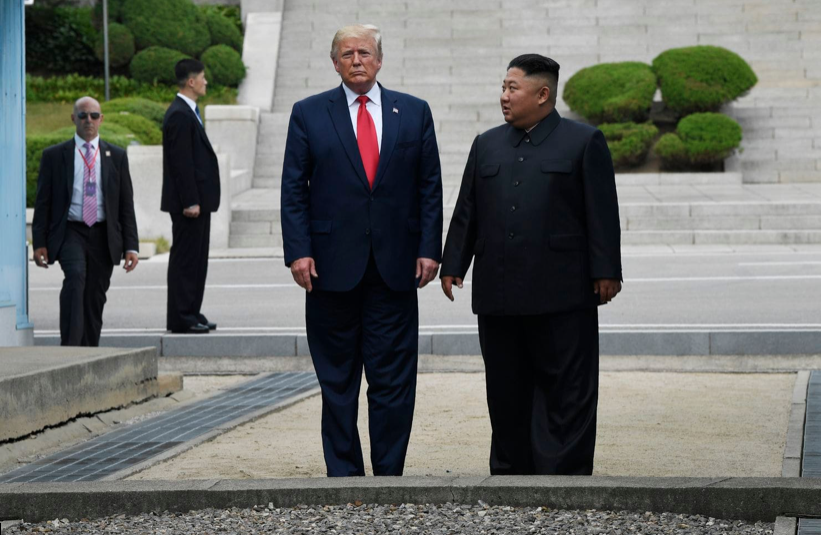 GELFAND’S WORLD--What was the point of Donald Trump's acting out at the G20 Summit over the weekend?

Trump always tries to steal the limelight back when he is being upstaged. In this case, it was the Democratic candidate debates in mid-week that commanded the spotlight. In Trump's universe, that sort of thing can't be allowed, so he concocted a specious event with the North Korean dictator and simultaneously gave substantial concessions to Red China in order to drive the news cycle.

There was a curious difference in news coverage on Saturday night. CBS (channel 2 locally) interrupted its programming for a "news break" which turned out to be the Trump visit to North Korea. The newscast described the visit as history making and went with live coverage showing Trump and North Korean dictator Kim Jong-un crossing into North Korea and then shaking hands. In a press conference, Trump then explained that something might come of it or perhaps nothing and he wasn't in any hurry.

In short, there was no signed agreement, no concessions on the part of the North Koreans, and little real news. As a lot of amateur bloggers said the next day, it was a photo-op.

Meanwhile, no other local broadcast station mentioned it at the time. That includes NBC (4), ABC (7), and the Fox affiliate on Channel 11. This blind-eye treatment may have represented a view by the other networks that there wasn't enough that was newsworthy to interrupt its regularly scheduled Saturday night programming.

The other networks caught up the next day, but it was more on the order of reporting the usual news.

By the way, Trump appears to have reversed a good bit of his earlier brinksmanship with China over trade. As some pundits pointed out, he had earlier treated the Chinese company Huawei as a national security risk. Now it is just a chip to toss in the pot in the hope that China will bail Trump out of his problem with American farmers. So much for the art of the deal.

For a couple of decent analyses from New York magazine, see the article by Jonah Shepp [that Trump's trip was a victory for dictators. Then see the article by Jonathan Chait  that Trump completely misunderstood Putin's reference to "western style liberalism' -- which obviously refers to a centuries-long intellectual tradition in Europe and the United States -- as being about Los Angeles and San Francisco.