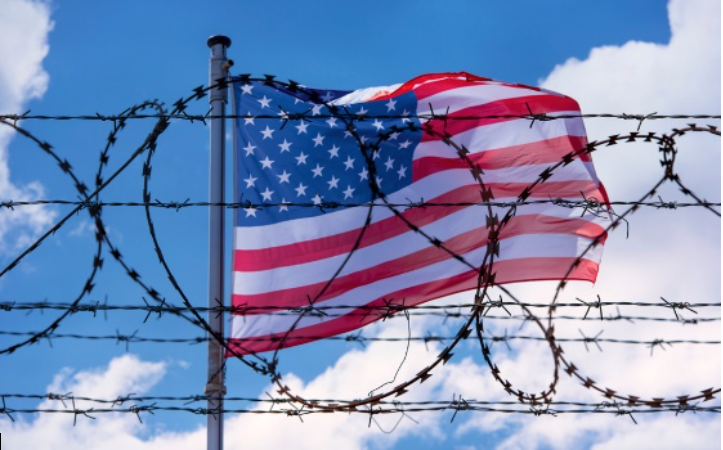 OTHERWORDS--As the Fourth of July rolls around, I think plenty of us are eager for barbecues, corn on the cob, watermelon, and fireworks, but our feelings about our country are somewhat more complicated.

Is criticizing America unpatriotic? Some would say it is. I say no.

That’s something we don’t do enough. When I teach sociology at the college level, again and again my students say things like, “This isn’t the country I thought I lived in.” Sadly, though, we are that country.

When you examine the full extent of the poverty, inequality, racism, sexism, homophobia, and so on in this country, it can feel crushing. We still have a lot of work to do. But there’s a quote from Bill Clinton — himself a deeply imperfect president — that says it all: “There is nothing wrong with America that cannot be cured with what is right in America.”

When I teach, I balance all of the bad news with the good news. For one thing, much of our history is a story of strong movements pushing us in the right direction.

Fifty years ago, LGBTQ people marked the start of their civil rights movement with a riot when the police cracked down on them for simply being themselves and going to a bar. Today, many of us no longer need to hide in a bar to be ourselves. For one thing, we can legally marry if we so choose, unthinkable back then.

Today, that bar, the Stonewall Inn, is a National Monument. We still have work to do, but we’re on our way.

Fifty years ago, the Cuyahoga River was on fire due to the pollution in the water. Today, the fish in that river are safe to eat. The Cuyahoga River fire was a catalyst to Americans to clean up our environment. We aren’t perfect today, and we need to get much, much more serious about climate change, but movements have shown that big change is possible.

Sometimes we take big steps backwards after we take a few forward. After the advances of the Civil Rights movement in the 1950s and 1960s, progress stalled and some of the gains were eroded. The last major civil rights bill, the Fair Housing Act, was passed in 1968.

After the 2008 election, Barack Obama became the first black president. In 2017, white nationalists held a major rally in Charlottesville, Virginia, where Donald Trump spoke of “very fine people on both sides.” Our country clearly needs a lot more work to become the “more perfect union” it strives to be in its founding documents.

If you look at the progress of our past, from the writing and ratifying of the Constitution, to the emancipation of enslaved people, to women claiming the right to vote, and the Civil Rights movement of the 1960s, the American people worked hard to make it happen — often with other Americans working against them, sometimes violently.

It was never easy. It’s still not easy. But that doesn’t mean it can’t be done.

This Fourth of July, don’t celebrate a nation that’s perfect already. Celebrate a nation where movements have spent more than two centuries struggling and fighting and striving to create an ever more perfect union, and commit yourself to continuing to do so.

(OtherWords columnist Jill Richardson is pursuing a PhD in sociology at the University of Wisconsin-Madison. Jill is a CityWatch contributor distributed by OtherWords.org.)