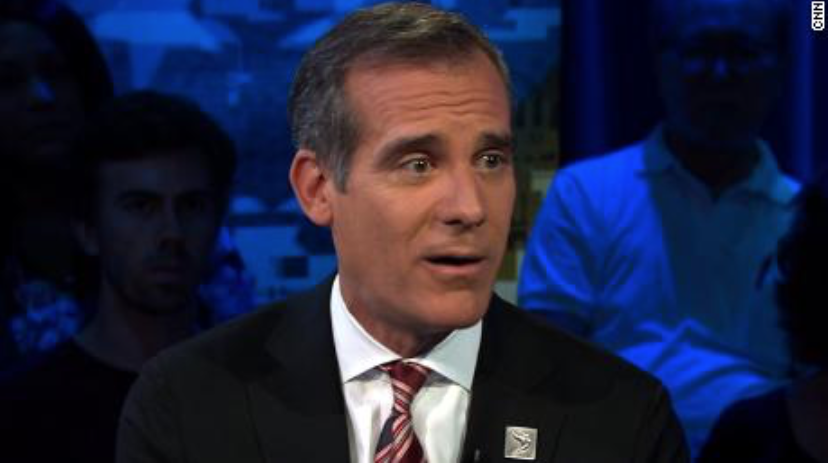 ONE MAN’S OPINION-Let’s hear no more of this foolishness that housing prices are high because the supply of housing is low. The concept of Supply and Demand, as used by the Garcettites of this world, is a fraud. Two things to bear in mind:

(1) Supply and demand does not set the equilibrium price between buyers and sellers.

(2) One cannot reason backwards from price to conclude that it reflects supply and demand.

WILLING. I Shall Shout it Again, WILLING.

Supply and Demand set the price between a WILLING buyer and a WILLING seller. Fraud vitiates willingness. In other words, when the price is set by fraud, either the buyer or the seller is deceived. That is true for buying a house and for renting an apartment. Massive frauds have grossly inflated the cost of housing.

Thus, one cannot see high prices and conclude that supply must be low. Garcetti feeds us this economic foolishness because he has one point to push: build more to make his buddies wealthier. It does not matter to Garcetti that we already have 110,000 empty apartments. We the People ignore the fact that if we had a genuine housing shortage, then Garcetti would not continue destroying rent-controlled apartments.

There Is No Rent-Controlled Apartment for Rent

When a coven of crooks illegally demolish tens of thousands of RSO units, then this aspect of the ordinance brings a homeless crisis upon us. Once evicted from their rent-controlled units, poor people cannot afford a market rate apartment. Remember, if someone moves out of a rent-controlled unit, it automatically becomes market rate. Only after that initial renting does the RSO ordinance limit rent increases.

Garcetti is no bumbling fool; he knows what he is doing. Don’t tell me that someone who went to Columbia University and who was a Rhodes scholar is too dumb to grasp the results of destroying tens of thousands of rent-controlled units. He targeted RSO units so that his developer buddies could make more money.

Destruction of Supply Does Not Mean Lack of Construction

If Garcetti believed his ceaseless lie that we need to construct more, then he would stop destroying poor people’s homes. No sane person destroys supply if there is a shortage. The housing shortage for poor people is due to the intentional destruction of their homes. About 4,500 poor people had their RSO units destroyed last year. These people did not willingly move out of their apartments.

The Fraud Behind Home Prices

By homes, I refer to buying a house rather than renting. Here too we find massive fraud.

(1) Corporations like Blackstone are intentionally keeping single family homes off the market which tends to fraudulently limit supply. The supply is there, but it is being withheld from the market. In the stock world, it’s called cornering the market and can be criminal. Get real. In a criminogenic society, you can forget about the courts.

(2) Smaller single-family homes are torn down. If they aren’t targeting RSO units, they target small single-family homes such as the ones along the westside of Wilton Ave between Raleigh and Maplewood. The huge apartment complex builds into a known glut. In 2015, the city said that by 2013, we already had a glut of market-rate apartments (12% vacancy, where 5% was equilibrium).

Thus, destroying single family homes to add to the 110,000 excess supply of higher-end apartments shows that Garcetti did not care at all about people or their lives. His buddies need to build like sharks need to swim to live. Some locals will occupy some of the new units, but from what we can tell from other places with excess building, the buyers are likely to be money launderers.

Money Laundering is a Crime

When a city has an excessive supply of high-end condos, apartment houses and small lot subdivisions, this suggests too many purchasers are merely parking their cash. A major reason to “park cash” is money laundering. Toronto recently discovered that it has [[[   https://betterdwelling.com/how-a-little-money-laundering-can-have-a-big-impact-on-real-estate-prices/ ]]]  in its housing market. If honest Canada has a problem, can you imagine what criminogenic LA has?

This one has turned Hollywood into Fraudywood and now into Crappywood. It’s the criminal vote trading system at LA City Council where every councilmember must vote Yes for each project no matter how terrible it is. Since this criminal vote trading agreement guarantees that each Councilmember can deliver on whatever he promises, the bribery-extortion racket is the only thing that functions smoothly in Los Angeles.

Unless they knew in advance that bribing one councilmember would guarantee approval, they would not even try spot zoning. Without the guarantee of the vote trading pact, the developers could not have bid up the costs of homes.

As we know, each sale enters the “Comps” for comparable home sales and the next seller wants the high developer value for his house no matter who buys it. That forces family home buyers to pay exorbitant prices and the fraudulently hyped developer prices become the standard. City Council’s criminal vote trading is the main cause of inflated prices for single-family homes.

Basically, all of Los Angeles’ woes stem from corruption. Garcetti sits in the center of it and he is not alone. He has a whole city council, the large downtown law firms, the Board of Supervisors, METRO, most state judges and a gazillion other hangers-on to support him in facilitating the demise of Los Angeles.

Signing Alexandra Datig’s Recall Garcetti Petition is a big step in the right direction, but it is the first step in a thousand-mile journey. Sign here.