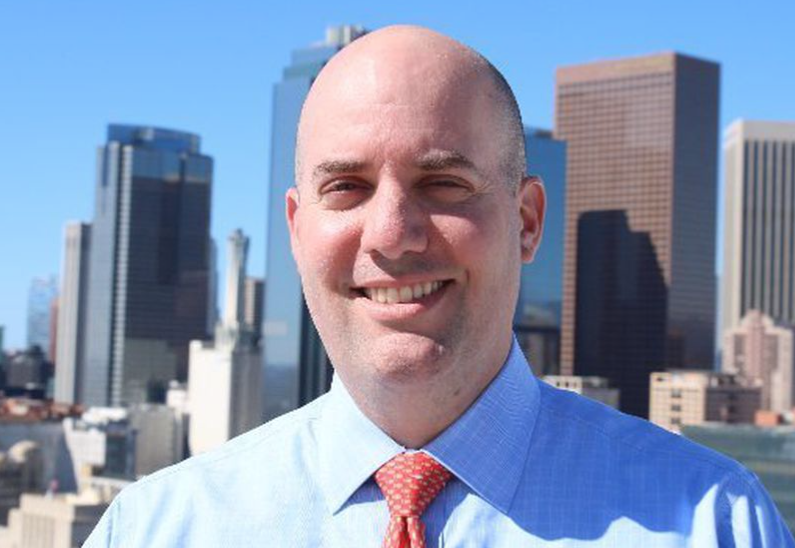 @THE GUSS REPORT-Once again, the LA Times doesn’t give its readers the whole story.

In their piece this week on an alleged road rage incident last week involving controversial Los Angeles Fire Department spokesperson Peter Sanders, Times’ Reporters Mark Puente and Paul Pringle wrote, “Sanders is the son of Barry Sanders, a prominent attorney, who once served as the president of the Board of Commissioners of the Recreation and Parks Department….”

But they left out that in 2011 the senior Sanders, a white, Yale Law-educated attorney who worked for decades for mega law firm Latham & Watkins abused his Commission presidency when he suppressed the free speech of well-known City Hall gadfly Michael Hunt, who is black. The outcome was a $215,000 settlement for Hunt in 2014, not including legal expenses.

That’s important, considering that their story is about the younger Sanders’ possible misuse of government authority.

The Times’ writers also lightly danced around, or completely ignored, these questions:

Did Sanders impersonate a peace officer?

It seems, at least according to The Times’ description of the alleged road rage incident, Peter Sanders, the son, is a civilian who may have illegally attempted to portray himself as a peace officer in order to intimidate the other driver. In California, firefighters are considered peace officers.

Did Sanders have a firearm in his possession during the incident?

Since peace officers may carry a firearm, and it seems that Peter Sanders – who did not respond to a request for an interview – may have attempted to portray himself as a peace officer, his legal troubles would grow exponentially if it is determined that he had unlawful possession of a firearm at the time of the incident. The Times’ article points out that Sanders’ access to emergency vehicles with lights, sirens as well as an LAFD uniform has raised concerns among firefighter leadership in the past.

Did Sanders violate California Vehicle Code with unauthorized use of lights and sirens?

California Department of Motor Vehicles spokesperson Greg Lawson points to Codes 25258 and 25259, which read, “An authorized emergency vehicle used by a peace officer. . .in the performance of the peace officer’s duties, may. . .display a steady or flashing. . .warning light visible from the front, sides, or rear of the vehicle.” But again, that permission only applies to peace officers, which Sanders is not.

The LAFD has refused to state whether Sanders’ use of an emergency vehicle at the time of the alleged road rage incident was approved for personal use.

Disclosure: Sanders has withheld various public records related to this column’s ongoing investigation into corruption at the LAFD. This column has also been critical of Pringle for failing to interview the key whistleblower in that corruption investigation, which resulted in a recent $800,000 settlement payable to the whistleblower.

And that connection may be why The Times keeps indicating a bias in favor of Los Angeles Mayor Eric Garcetti rather than toward the truth, as has been repeatedly pointed out by this column.