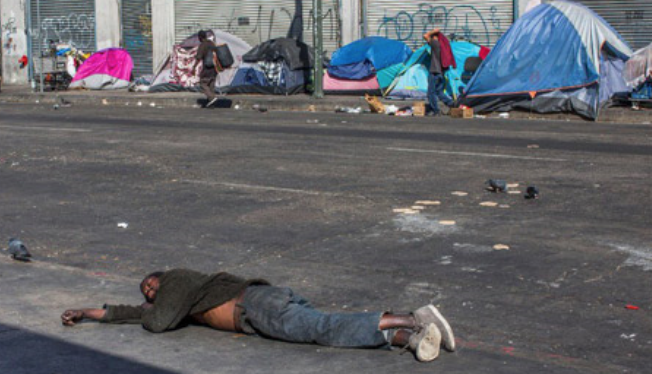 RANTZ & RAVEZ-The failure of any government in the final analysis must be measured by the well-being of its citizens. Nothing can be more important to a state then its public health, the state’s paramount concern should be the health of its people.” -- Franklin D.  Roosevelt in a 1932 report to the New York State Health Commission.

The 1932 wisdom of F.D.R. stands true today not only in the City and County of Los Angeles but in other neglected communities where elected and appointed officials have failed to serve the public that elected them by maintaining public order and providing for a safe, healthy environment. This means securing the basics needed for a safe community, one that is served by professional police, fire personal and municipal workers. Such services include pothole-free streets, well-maintained sidewalks and roadways free from gridlock -- quality of life items that one expects from a civilized society that pays its taxes.

Here are some recent headlines:

Both ABC, Channel 7 and NBC, Channel 4 have recently broadcast in-depth news stories about the increasing homeless population and associated conditions in Los Angeles. Clearly a negative mark on all of LA and those responsible for the governance of our city.

Public Health is a big concern for many who have witnessed continuing decay in LA. My birthplace, Los Angeles, has become a wasteland from downtown Skid Row to the San Fernando Valley and from the Westside to the Eastside of LA, down the 110 freeway to San Pedro and the Port of Los Angeles.

Homeless camps with tents block miles of sidewalks. Trash is piled up along with human waste and drug needles, combined with all sorts of contraband – a clutter of junk, trash and various items you see when passing by. Places that were once for public passage are now off limits to people concerned about their safety. There’s been a recent wide-spread threat of diseases, some described by medical personnel as medieval. Diseases like Typhoid, Typhus, Measles, Scabies, MRSA and Tuberculosis are a few of the critical issues concerning doctors. Rats and other vermin spread disease among the population living in and visiting areas of neglect and decay.

Doctor Drew Pinsky, a familiar name in LA broadcasting, recently stated that Bubonic Plague, a pandemic that killed tens of millions of people in the 14th century is “likely” already present in Los Angeles; it is caused by bites from fleas infected by rats. Other lesser known diseases transmitted by insects can kill people in short time and are of concern to many. Dengue fever is spread by a mosquito bite. Ebola, Cholera, Enterovirus D68 and Chagas Disease (connected to the “Kissing Bug’’ bite) are all of concern to the medical community.

What has happened? Why is this continuing? What is being done? And what are the officials in charge of our city doing about it?

What have you done as a taxpayer to help remedy the situation? If you voted to support two ballot measures in 2016 and 2017, you have done your part. County Measure H provides $355 million annually for homeless issues. LA City Measure HHH is a $1.2 billion measure for homeless housing services.

Who is in charge and responsible for this growing homeless disaster that is now moving from one community to another with no relief in sight? This situation is causing the spread of disease, forcing people to seek medical attention, even causing recent restrictions such as closing public facilities like police stations. Everything -- from Los Angeles City Hall to the LAPD’s West Valley station, and the Pacific and Central stations -- has been negatively impacted. To make matters worse, the City of LA was fined thousands of dollars by the State for not maintaining clean and safe facilities for police officers and civilian personnel in a downtown police station.

You have answered the call from city and county politicians who asked you address the situation by voting to increase your taxes. But where has the money gone? Have your tax dollars been lost, along with your lifestyle, as the spread of homelessness and diseases continues? Our elected officials are totally responsible for this problem. How much do you think they are being paid NOT to keep us safe and healthy? Here are the current annual salary figures for top Los Angeles City elected offices:

Their salaries include additional benefits like medical and dental care, offices, staff and cars with drivers and so on. Do you think we are getting our money’s worth in the governance of LA? Consider this when you are asked for another tax increase to fund some project being pushed by City Hall officials.

Los Angeles has released the latest homeless count numbers. Homelessness has jumped 12% in LA County and 16% in the City of Los Angeles. The officials say they are “STUNNED.” But I’m not surprised at all.

We see it everywhere. Homeless people are living on the streets similar to what you would see in a third world country. With the release of the numbers, there will be more excuses and delays in addressing these dire conditions and associated life-threatening diseases. City officials have tried to blame the downtown rat population on the demolition of Parker Center. That is a way of pushing the blame on others. It’s time to hold local politicians responsible for this deadly situation.

There a practical solution for this disaster that will not cost you any additional taxes. Look for my idea in the next RantZ & RaveZ.