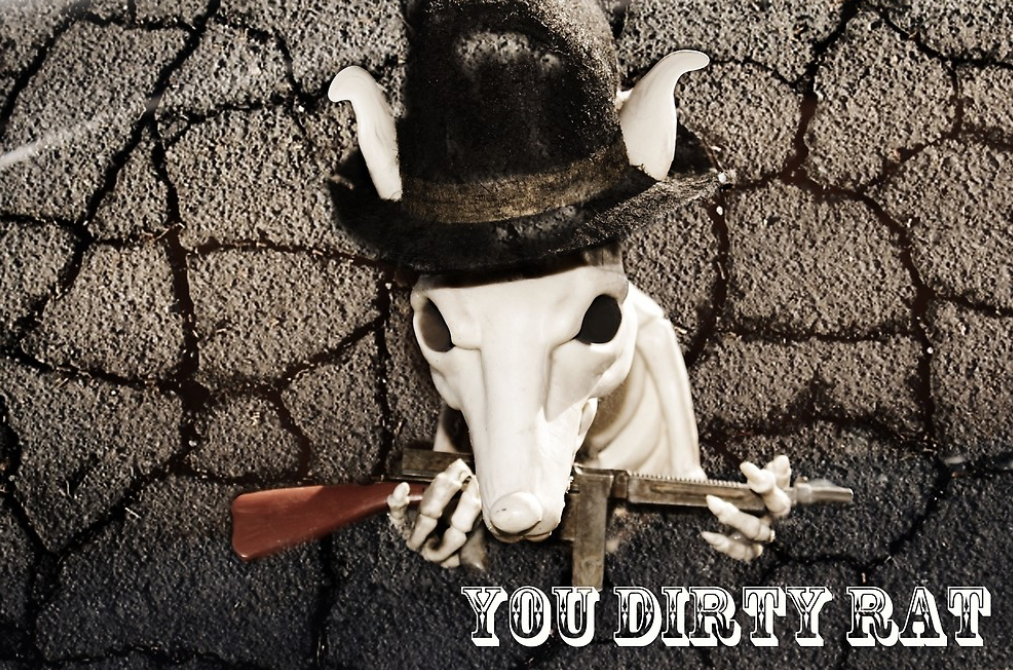 ONE MAN’S OPINION-Back in 2011, I wrote on CityWatch : "Hollywood’s decline correlates with the number of new CRA Projects. In brief, density causes deterioration.

The hypesters would have you believe otherwise. They are adept at the old propaganda trick of pretending their worst liability is your greatest asset."

Since then CityWatch has published literally hundreds of articles documenting LA’s decline into a trash heap as various contributors consistently documented how corruption has been destroying our city.

Two years later, in February 2014, Superior Court Judge Alan Goodman agreed when he threw out Garcetti’s June 2012 Update to the Hollywood Community Plan on the basis that the city intentionally used fatally flawed data and wishful thinking to the extent that it subverted the law. Soon thereafter, Judge Goodman was removed from the bench. One may speculate that the 1% were displeased that this judge recognized that the city had been run on the basis of Lies and Myths. Soon the 1% found judges who were amenable to advancing the cause of corruptionism.

Few Angelenos were aware what was happening, especially if they were not readers of CityWatch or the former LA Weekly. Instead, Angelenos were and are dupes of the Pravda of the West, a.k.a., the Los Angeles Times. Every step of the way, “Pravda” Times supported Garcetti and the corruptionism that is transforming Los Angeles into a third world country. Of course, we should not overlook Conan Nolan, the Grand Ayatollah of Garcetti sycophants.

Now that international agencies have visited LA and rated it as bad as some third world countries, a few Angelenos are beginning to catch on. The city is run by crooks and thanks to accomplices like Judge Richard Fruin who ruled in December 2016 that the city council is above the law and may ignore not only state criminal laws but also its own council rules, the filth both inside and outside City Hall has become unbearable.

Finally, in late May 20, 2019, Joel Grover of KNBC managed to interject a modicum of truth into reporting on LA’s decline.

Whether Joel Grover will be banished as Judge Goodman was after ruling that the city is run on the basis of Lies and Myths remains to be seen.

Of course, KNBC is very late in its fledgling attempts to become a news agency as opposed to a Garcetti propagandist. In one of the most disgraceful series of fake journalism, KNBC ran its Street of Shame where it followed the tried and true formula of pre-WW II Germany painting the victims of an abusive government as moral degenerates, drug addicts, criminals, and mentally ill. Did Street of Shame even once do one of their stories on the cause of LA homeless crisis – Garcetti’ Manhattanization policy’s key feature of destroying as many rent-controlled units as possible so that the homes of over 60,000 poor people were destroyed?

No, instead KNBC reported the Big Lie, i.e. that the problem was lack of construction. Without Garcetti’s policy to destroy rent-controlled housing (ROS units), Los Angeles would have no homeless crisis. Cities that follow the Garcetti model of excessive density likewise have serious problems with increased homelessness. It does not take a genius to figure out that a city which destroys its stock of low-cost housing and significantly raises the cost of housing by increasing density will end up with more poor people becoming homeless. Duh.

Of course, Pravda Times and much of the rest of the media have specialized in the Big Lie that the problem has been all the degenerate poor people and our saviors will be the glorious developers who, for only a few hundred more billions of dollars, will build more luxury condos and apartments. The idea is that, in time, according to Garcetti’s version of Trickle-Down Economics, these new apartments will become run down enough to house poor people.

Things Are Going to Get Worse, Much Worse

The corrupt cabal of politicos and judges has no intention of stopping the vast corruptionism which has already reduced LA to a third world country.

Although Angelenos have been fleeced of billions of dollars to support developers’ Transit Oriented Districts (TODs) (with the help of doofus LA Superior Court Judge Mitchell Beckloff) the city and METRO will be aggrandizing the $310 million bus lane down Vermont Avenue to add a $8 billion train down the same route. Judge Doofus could not comprehend, or so he said -- if you believe he is really that stupid -- why the City’s transportation plan should study telecommuting, TelePresence, and the emerging technologies like Portal + and Echo, and their impact on transportation. Judge Doofus has easily ignored the City’s own 1993 Study on Telecommuting. He’s right in line with the reality that there is no fact too large or too relevant for an LA Superior Court Judge to ignore.

Since telecommuting is expanding rapidly and the use of rapid transit is decreasing at the same time, it would be relevant for the city to study how these new technologies will further reduce the need for trains such as light rail and subways. But since Judge Doofus cannot read or cannot comprehend what he reads or maybe wants one of those free mortgages (who knows?), the city and METRO are free to push ahead with their new $8 billion train project and pretend that it is still 1890 when choo-choo trains were king.

High Rise Projects and Mass Transit Are a Con Game

The city creates terrible traffic conditions and claims it needs subways and light rail, but the cost to construct and run subways and light rail is so high, that the city (METRO) runs a huge deficit (NYC’s deficit is about $8 billion per year). Their solution is more high rises along the train lines, but more high rises mean more people who bring their cars which then makes traffic worse. So then the corrupt politicos claim we need more subways and trains routes, which then result in calls for more high rises to supply the riders for the unwanted mass transit. That’s a major way the 1% become wealthier and everyone else becomes poorer. This con game, which Judge Doofus apparently loves, is one of the many ways that wealth is transfer to the 1% from the rest of us.

Corruptionism -- or is it unimaginable stupidity? -- is rampant at LA City Hall and in the courts. It is hard to distinguish between the corrupt and the stupid since both have the same result – the destruction of a coherent society.