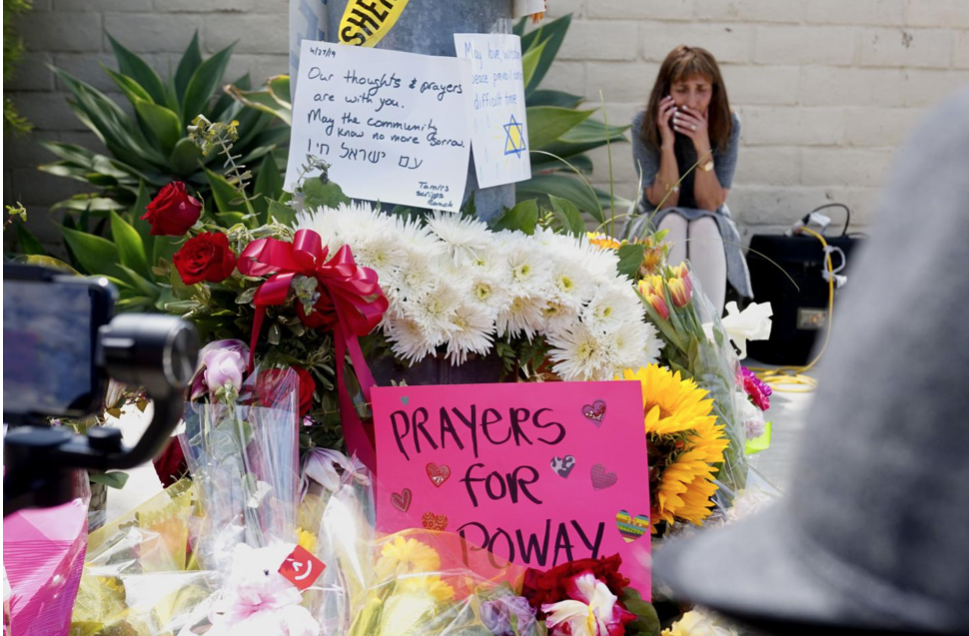 ALPERN AT LARGE--Welcome to hell, everybody!

A young man who hated Jews, and who hated President Trump's pro-Jewish/Israel efforts, and who was likely inspired by the recent slaughter of Muslims in Christchurch, New Zealand, just shot up a Poway synagogue on the last day of Passover. One dead, others wounded, and everyone in the area, if not the country, is understandably shook up.

Including his own church, of which his family was a respected member.

Shall we blame President Trump? Well, he's a convenient target, but the shooter hated Trump.

Shall we blame the Muslims? Nope--this guy hated both Muslims AND Jews.

Shall we blame the Christians? Considering that this shooter's church advocated absolutely nothing of the violence that occurred, and the parents and young man were on first-glance contributing and law-abiding members of the community, that doesn't make any sense. Furthermore, a whole lot of Christians just died in Sri Lanka during Easter.

Shall we blame white people? If that pleases you but considering how many people of different colors seem to all want to kill Jews, that doesn't make sense. Especially since so many white Christians and Jews are in mixed families and share so much with respect to either liberal or conservative values, this doesn't make sense, either.

Shall we blame guns? Well, perhaps many will conveniently blame inanimate objects for this sort of nightmare and ignore the overwhelming majority of gun owners who obey the rules, and as well ignore the violence claiming so many lives in cities and states with strict anti-gun laws. Yet once the emotions are gone, the action plan involving guns doesn't make any sense.

Shall we blame the Internet, social media, and a society that has grown accustomed to this violent nonsense? Arguably, now we're getting closer to the issues at hand, but there IS the presumption that personal CHOICE must play a role in our lives.

Shall we blame the shooter? Well, NOW we're REALLY close to the central issues. 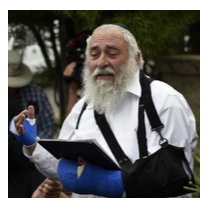 In a free society, evil and freedom allows this to happen. Ditto with the off-duty Border Patrol agent who opened fire to repulse this young man's descent into sick, twisted evil--he acted and saved lives. It's probably safe to say that these kind of things don't happen so much in North Korea or Cuba...but who wants to live in those places?

And perhaps Governor Newsom could find it in his heart to reconsider the death penalty to make a societal statement about the horror of murder. Plus, of course, Governor Newsom isn't a king, no matter how venerable he thinks he is by his arbitrary actions.

But Governor Newsom didn't kill and wound those synagogue victims.

Only one thing did--and that former human being must either be determined to either have suffered a psychotic break (possible based on his age), or he must be relegated to a thing. Because humans don't do what he/it did.

We can all choose to be human, and suffer through the rages that course through each of us, while choosing to either act (or refrain from acting) to preserve our humanity...

... or embrace the animal evil that lies within each and every one of us.

So, if no psychotic episode is responsible for the Poway shootings, then it best lies within each and every one of us to focus any blame, as if blame would do ANYTHING to justify the tragedy and/or bring the dead back to life, on the shooter.

Anything else is just intellectual and pointless dishonesty.