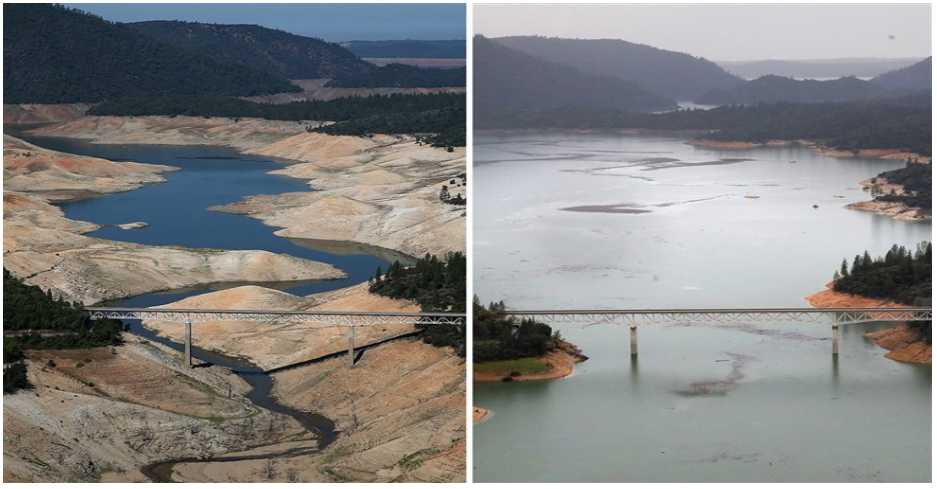 DROUGHT WATCH--For the first time in eight years, California is drought-free. According to the United States Drought Monitor, which uses data from National Oceanic and Atmospheric Administration, parts of the most northern and southern counties are still "abnormally dry," but the state has no drought conditions to show.

Could the drought's end mark the return of practices such as excessive lawn-watering? Not necessarily. California's water conservation has seen ups and downs in recent years: When then-Governor Jerry Brown suspended the drought emergency in 2017, Californians continued to conserve (although their water use later rebounded.)

During the drought, the State Water Resources Control Board cracked down on wasteful residential water use: watering a lawn after rainfall, hosing down a sidewalk, overwatering a landscape. Will Californians now eschew the water-saving habits they were forced to adopt over eight years of drought? Here's what the data shows.

After six years of extreme drought, a wet winter gave California a brief reprieve in 2017, KQED reports. But two months after regulators lifted the mandatory conservation targets, residential water use was still down. In June, the Water Board's report found that the state's overall water savings were up 17.4 percent (amounting to 37.1 billion gallons) from June of 2013, the regulator's baseline.

Part of the reason for Californians' continued vigilance was that urban residents had gotten better at conservation: Many implemented changes that help long term—swapping out grass for drought-tolerate native plants, or installing water-saving toilets. It's typical for water use to rebound somewhat after a drought, when the "bucket shower" days are over, but that doesn't mean all Californians started replanting grass.

More than a year after the governor's announcement, however, water use had already picked up. Data from the state's Water Board showed Californians used just 0.8 percent less water (954 million gallons) in January of 2018 than in 2013. At the same time the previous year, they were using 20.5 percent less.

In other words, as the Mercury News reported in March of 2018, the state's water use had returned to pre-drought conditions. Tracy Quinn, California director of water efficiency for the Natural Resources Defense Council, told the San Jose-based paper that this uptick was "exacerbated by some water suppliers saying they have plenty of water and there's no need to conserve." Meanwhile, the worst was not over: The NOAA reports show that Southern California experienced drought for most of 2018.

So, what does this mean for 2019? The most recent reports from the Water Board (from December of 2018) show that water savings were back up from the state's low in 2017. In the last month of the year, California's urban residents used 18.4 percent less water than in 2013—almost as much as during the height of the drought.

Of course, this doesn't mean that the trend will hold, but Californians have been conserving water for two years now without the governor's prohibitions in place. And their water-saving toilets, at least, are here to stay.