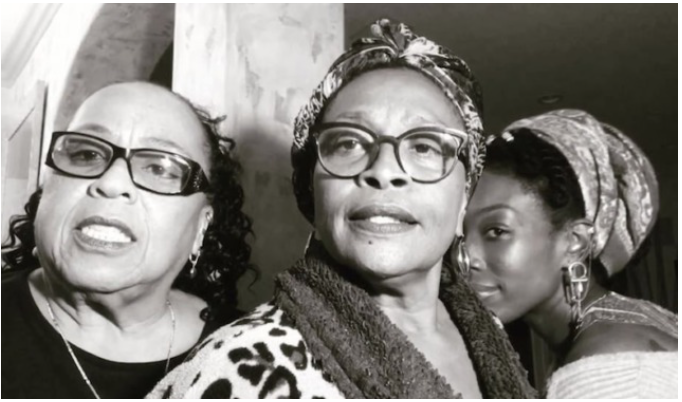 GUEST COMMENTARY--There were potent responses aplenty to last night's "stream of lies" and "racist pablum" oozing from a once-sacrosanct Oval Office - Ocasio-Cortez: "What we are seeing right now is death" - but we'll add one roof-raising amen from the Blackish-star Jenifer Lewis, Brandy and Roz Ryan.

Their fiery version of "In These Streets" was released two years ago to honor Martin Luther King Day and protest Trump's taking office with his first spewing of vitriol about needing to wall out black and brown folks.

Lewis has been here before, offering other outraged hymns to resistance: "They elected who?!?"

This time, the three women share a quote from Nina Simone - "An artist's duty is to reflect the times" - before launching into their fierce call to take to the streets, more resonant than ever.

(Abby Zimet writes for Common Dreams … where this commentary was first posted.)