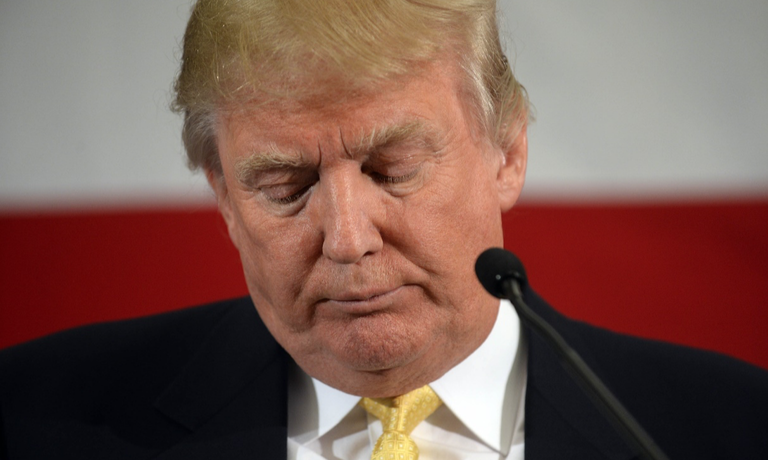 CANCELLED--If this undisguised reality series played by Hollywood rules, it would have already been canceled. The President Trump show has failed to grow its audience, and the reviews, even from the mildly sympathetic, are consistently bad.

On the current trajectory, with an economic downturn more likely than not, Trump seems headed to a political and possibly personal collapse in his battle with the “administrative state.” The Republican Party seems headed down a rat hole, not only in California but in swing districts across the country.

Even Texas is threatened.

Sadly, not only Trump is threatened, but so are many of those who saw in the eccentric billionaire a light of hope. For many Americans, Trump offered an alternative to the disastrous policies of accommodating China, uncontrolled borders, endless foreign intervention, regulatory excess and hyper-taxation.

The progressive establishment and its organs, notably most media outlets, would never have embraced the Trump positions, even though sometimes widely supported by the public.

The idea of withdrawing from Afghanistan, for example, has been excoriated by both right- and left-wing pundits, but, according to an October poll, more than 60 percent of Americans and almost 70 percent of veterans favor this move. More Americans tilt toward stronger border controls and reformed immigration and don’t widely share the idea of “open borders” widely promoted by the establishment media.

Given that the economy has been strong, if a bit wobbly recently, why is Trump failing? If the president wants to know, get a mirror. Although I did not vote for either Trump or his opponent, there was a now-forlorn hope that he would grow in the job instead of revealing himself as hopelessly petty, narrow-minded, ignorant and undisciplined.

Historically people mature in office. Few saw greatness in the raw, reedy and largely inexperienced Abraham Lincoln. Harry Truman, the product of a corrupt Kansas City political machine, was widely despised by the same type of brahmins who now detest Trump. The mandarin historian Arthur Schlesinger called him “a man of mediocre and limited capacity,” yet the onetime failed Missouri haberdasher is now widely seen as one of our greatest Presidents.

Donald Trump may see his demise as a personal tragedy, but the real losers are those people, notably in the interior of the country and the working class, who have benefited most from his policies. Under Trump, red state metro regions and even smaller towns are doing better, factory employment has soared, and blue-collar wages have been on the rise.

This progress may soon be reversed. The Democratic tsunami sweeping suburbia and parts of the heartland will likely restore the Obama economic policy, with higher taxes, more regulation and a milder trade stance. This would deliver what the party’s funding base in tech and Wall Street prefer to a Trumpian economy — ultra-low interest rates, soaring stock and property prices, more off-shoring and minimal wage increases.

Also, sure to lose ground will be some unlikely parts of the sybaritic president’s base such as social conservatives. With the almost lock-step progressive views of the entertainment, media and academic clerisy against them, anyone who is not signed onto cultural agenda of the Democratic base will find their entire world-view eventually borderline illegal.

Despite wan hopes he would slay the liberal establishment, Trump has given new life to progressivism. Yet at the same time his antics have pushed many of his opponents further away from the centrist positioning that has characterized every successful Democratic presidency since Jimmy Carter.

At a time when a steady, and mature, Democratic Party would be all but unstoppable, the passionate anti-Trump “resistance” has produced essentially two parties. One, financed by Wall Street and the tech oligarchy, embraces the ever-more ambitious social and green agenda of the left, but stops short of the “democratic socialism” embraced by a growing segment that logically would relieve them of some, if not most, of their wealth.

At the same time the Democratic establishment, particularly the press, has not become any more credible, with historically low levels of approval. Instead of being noble, as they see themselves, they have seemed highly partisan and even a touch addled. Even the corporatist “moderates” lack the courage, as did Bill Clinton in 1992, to disassociate from the entire litany of politically correct positions that most Americans actively dislike. Big business has learned it’s best to hide your “privilege” and accommodate the yammerers on anything that does not directly threaten profits and asset prices.

Given Trump’s personal shortcomings, these failings may not be enough to rescue the Republicans. Yet over time policies certain to raise the cost of living, particularly energy prices, stunt middle-class growth and undermine traditional values will come back to haunt them. At some point the dismal memory of Donald Trump will fade, but not before much damage has been done to our economy, society and the republic itself.

(Joel Kotkin is the R.C. Hobbs Presidential Fellow in Urban Futures at Chapman University in Orange and executive director of the Houston-based Center for Opportunity Urbanism. He is an occasional contributor to CityWatch. This piece appeared most recently in New Geography.) Prepped for CityWatch by Linda Abrams.