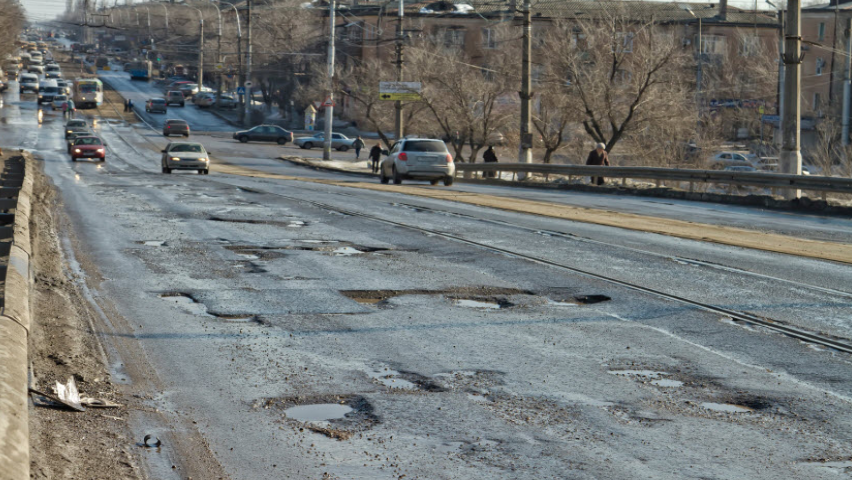 RANTZ & RAVEZ--I recently heard the streets of Los Angeles described on Channel 4 News as the “Streets of Shame.”

This unique and disturbing title should cause concern for you, your family and neighbors for a variety of reasons.  First and foremost is the fact that many of the roads throughout Los Angeles are crumbling and ruined with huge potholes that get worse by the day with the pounding traffic and neglect by the city to repair, patch or better yet resurface the crumbling Los Angeles roadways throughout the city in both the residential and commercial areas.

This situation has become a sad way of life in Los Angeles for all of us that drive cars, ride motorcycles or ride bicycles.

In addition to the crumbling streets, there are the crumbling, cracked and most dangerous Los Angeles sidewalks.

Pile on top of this the homeless population that leave their belongings including tents and shopping carts stacked here and there along sidewalks and now we have the introduction of the electric e-scooters that are stored along sidewalks in various parts of Los Angeles and spreading like an out of control swarm of locust throughout the City of Los Angeles neighborhoods with the approval and blessing of city hall officials.

Now stop and ask yourself this question.  Who is in charge and is anyone actually taking care of the streets and sidewalks of the City of Los Angeles?  I will take this matter one more step forward.  Look at the liability payouts the city has made for trip-and-falls on city sidewalks over the years.  Can you say Millions and Millions of tax dollars paid over the years to people that trip and fall on city sidewalks and sustain an injury?  Sometimes major injuries!

So, the Streets of Shame in Los Angeles are rattled with many problems that have been and are continued to be ignored by those that run and control the City of Los Angeles … What would you do if you were in charge of the city and had a say in the matter?  Take some of the $10 BILLION City Budget Dollars and fix the problem once and for all?  Or just continue to ignore the matter and hope that if fixes itself?

As we approach the end of 2018, the crime and traffic statistics tell us how the city is doing in protecting the people and property of Los Angeles.  While the current crime stats run thru 12-8-18, and the traffic stats run thru October 2018, the picture is not complete. It is what the LAPD has posted in the COMPSTAT which is the reporting system for LAPD stats.

The citywide crime profile includes all crimes reported throughout the City of LA.  Everything from Homicide to Burglary and all sorts of crimes against people and property.

The Citywide Traffic Statistics run thru 10-20-18.

Since the reports are only completed up to October 20, 2018, I will wait until the stats reflect the end of year numbers before I report the information to you.

If you have a question or concern, I invite you to email me at [email protected].