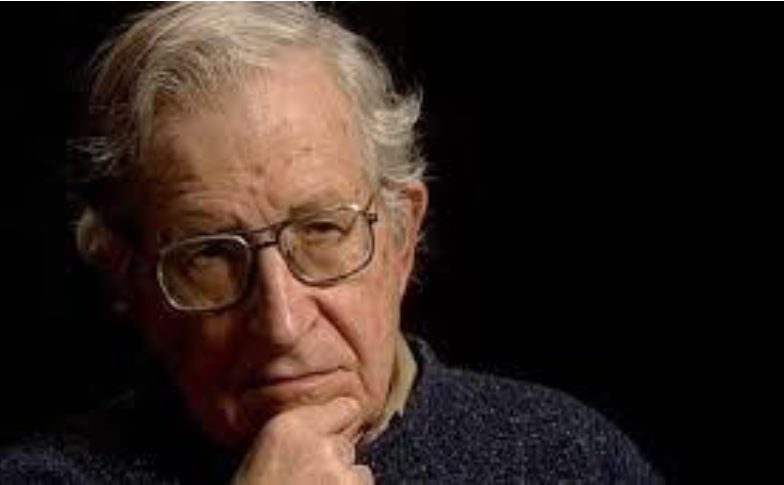 FIRST PERSON-Recent medical studies have shown that "Fit Seniors Can Have Hearts That Look 30 Years Younger" than one would anticipate finding in a 70-year old. According to the study, these unexpectedly youthful seniors owe their vitality to a shared lifelong engagement with sustained vigorous exercise.

This made me wonder just how much of the normal aging process is being accelerated by retirement? We've all heard the expression, "use it or lose it." Has retirement brought on an unnecessary degradation of what had been a healthy, engaged mind and body? Is accelerated senior physical and mental health degradation due to our continuing to conform to an outmoded 20th Century (and earlier) notion of when human beings truly get old?

Why haven’t we questioned more the notion that 65 should be the age of retirement for most of us? Last week the renown linguist and philosopher Noam Chomsky (photo above) turned 90 years old. And like the minority of the elderly who have never retired from active physical and mental engagement, Chomsky has remained as intellectually engaged and sharp today as he was when he was chronologically much younger.

When talking about subjects as varied as politics and government or global warming, Chomsky always brings incontrovertible evidence to support the insightful perspectives he consistently presents, including citations as if he were footnoting a postdoctoral dissertation. He deftly obliterates the specious and disingenuous arguments of his conservative opponents including those who deny the existence of things like global warming.

Given that most of Chomsky's arguments are irrefutable, the mainstream corporate media chooses to simply ignore him, while continuing to marginalize him and other "senior citizens" who in the past received an education that offered in depth, critical thinking skills. Sadly, that type of education is no longer offered in our public education system or in society at large.

The fall of every prior civilization has come about by means of censoring the oldest and most learned by those who refuse to learn lessons of the present -- juxtaposed with the past -- which would allow us to continue evolving and surviving.

A clear example of this unaddressed, unnecessary decay has recently been reported concerning a 21 trillion dollar misplacement of funds by the Defense Department, that will probably go unchallenged by the rubber stampers who now control or government and this country.

To address this inexcusable and often purposeful marginalizing of the elderly, I propose a solution that keeps this vital segment of our population engaged in a manner that truly benefits all of us.

Because the United States is a relatively young country, it has not maintained its public infrastructure in the way a country like France does by systematically allocating much more money on a regular basis to this task. So now, our roads, bridges, and other public buildings and structures have deteriorated to a point where the cost of catching up is daunting.

What if the idle and unnecessarily deteriorating elderly we talked about, who still want to work, were given public works jobs commensurate with their physical and mental abilities? This would free up the younger public works force to do the more challenging jobs, while bringing down costs. You might even give this elderly Civilian Construction Corp (CCC) a modest stipend, since a significant segment of the elderly population is also profoundly poor.

Or, if United Teachers of Los Angeles (UTLA) wanted to improve its chances in striking against LAUSD in early January 2019, it could get the support of their students’ parents by getting retired teachers to reconstitute educated daycare classes in churches and other public buildings. LAUSD only gets Average Daily Attendance (ADA) money from the State and federal government for in-seat attendance at LAUSD schools and not when the students are gathered elsewhere. That's the kind of clever idea that only a chauvinist senior citizen has the historic memory to come up with.

(Leonard Isenberg is a Los Angeles, observer and a contributor to CityWatch. He was a second- generation teacher at LAUSD and blogs at perdaily.com. Leonard can be reached at [email protected].) Edited for CityWatch by Linda Abrams.