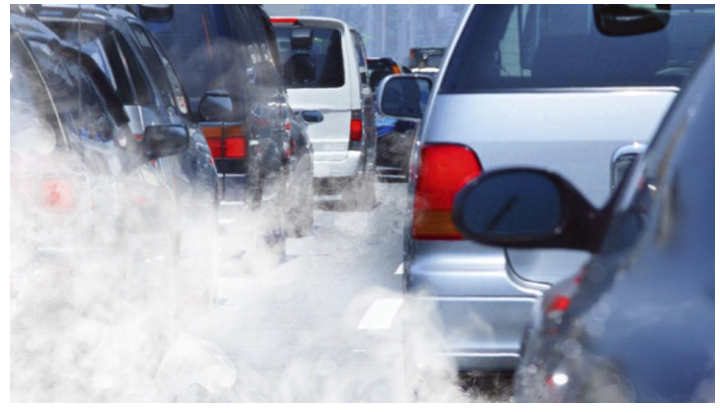 States and regions, cities, businesses and investors are leading the charge on pushing down global emissions by 2020, setting the stage to reach net zero emissions by midcentury.

In October 2018, just after the summit, the United Nations issued a report (The report), by the Intergovernmental Panel on Climate Change, a group of scientists convened by the United Nations to guide world leaders. The report describes a world of worsening food shortages and wildfires, and a mass die-off of coral reefs as soon as 2040, a point in time well within the lifetime of much of the global population.

Vehicle exhaust is contributing a greater share of global emissions. This is from the lifestyle of driving everywhere, all the time. The United States sets examples for the world, and two of the newest largest economies, China and India, are following us and using internal combustion (ICE) engines for their vehicles, creating smog of very unhealthy levels. Smog is the seen and felt element of carbon gases from vehicles which are a major source in rise in the earth’s temperature.

The summit seemed focused on the conversion of ICE vehicles to electric. But how quickly can this be done? Vehicle sales are slowing, which means people are holding on to their ICE vehicles longes. It could take many decades before there is a sufficient switch from ICE to electric vehicles. If there is a major economic downturn, car sales will be even slow, thereby slowing even more the switch from ICE to electric vehicles.

There are always the over optimistic boosters who think plug in vehicles will soon replace the millions of ICE vehicles on the road, and things will be fine.

Things may not be fine.

Skeptics argue that the shift from ICE vehicles to electric are mostly marginal. Exxon Mobil, which is studying the threat that electric cars could pose to its business model, still expects that plug-in vehicle sales will grow slowly, to just 10 percent of new sales in the United States by 2040, with little impact on global oil use. The Federal Energy Information Administration projects a similarly sluggish uptick.

Meanwhile, the United Nations report stated that absent aggressive action, many effects once expected only several decades in the future will arrive by 2040. “It’s telling us we need to reverse emissions trends and turn the world economy on a dime,” said Myles Allen, an Oxford University climate scientist and an author of the report.

While encouraging shifting from ICE to electric vehicles is promising, why did the summit stop there? Why did it not call for, demand even, the conversion of two stroke four stroke engines to electric? These are found in lawn mowers, leaf blowers, weed whackers, chain saws, motorcycles, farm equipment, construction equipment, used in maintenance and used elsewhere.

For gardening I use a push mower, a rake, an electric blower on concrete and a broom. Things work out fine. My neighborhood hires gardeners who like all other hired gardeners use lawn mowers, leaf blowers and weed whackers with two and four stroke engines. I can smell the exhaust, and it is not good. The gardeners must be subjected to very high levels of poisonous emissions from daily use, particularly when used in enclosed yards.

And they pollute global warming gases much, much more than ICE engines found in cars, trucks and SUVs.

Edmunds.com did a comparative study between a Ford Raptor Pickup Truck which has a very large ICE engine, and a leaf blower. From the study:

Distilling the above results, the four-stroke Ryobi leaf blower kicked out 6.8 times more NOx, 13.5 times more CO and more than 36 times more NMHC than the Raptor.

The two-stroke leaf blower was worse still, generating 23 times the CO and nearly 300 times more NMHC than the crew cab pickup. Let's put that in perspective. To equal the hydrocarbon emissions of about a half-hour of yard work with this two-stroke leaf blower, you'd have to drive a Raptor for 3,887 miles, or the distance from Northern Texas to Anchorage, Alaska.

Why did the summit not raise this issue? Changes to lifestyles of burning gas less and less must be done now. This is a real-world issue which the summit leaders and participants should have known about and discussed. But they did not.