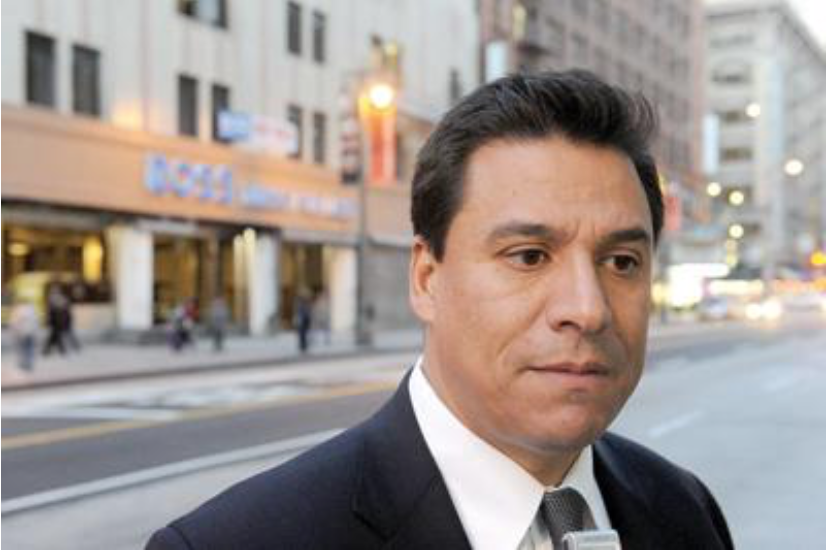 EASTSIDER-It’s not much of a secret that I have never been a fan of Councilmember Jose Huizar.

Now that most of the reasons are out in the public domain, the real question is whether he will do the residents of Northeast LA a favor and have the courage to resign before 2018 expires.

For those of us who reside in Northeast LA, the saga of God’s Gift to the Eastside is pretty straight forward. While advertised as a progressive Latino politician, he has been captive to the big-bucks developers and billionaire boys club charter school advocates since he got into our area’s politics way back in 2001.

In the 2001 race, there was never much mention of all these supporters. However, as the Downtown News noted in a 2003 piece:

“It's a shift for the man who began his career working on education policy for the California State Legislature and later became a land use attorney at the prominent Downtown law firm of Westin, Benshoof, Rochefort, Rubelcava & MacCuish”

“The bond is believed to be the largest school construction bond in the nation and follows two other district bond measures. Voters approved the $2.4 billion Proposition BB in 1997 and the $3.35 billion Measure K in 2002. The three bonds, combined with state matching funds, exceed $10 billion.”

And guess who was in charge of all the construction done under these measures? That’s right, Jose Huizar. Great networking for his campaign to move up and onward.

And for those who would dispute his Jones for Charter Schools, guess who his Chief of Staff was? One Monica Garcia.

That’s right, the incomparable incompetent often Board President of the LAUSD who is a total Charter School cheerleader. That Monica Garcia. There’s a nice Huffington Post article on her.

Anyhow, after Antonio Villaraigosa unseated Nick Pacheco in the 2001 CD14 race, he quickly moved on to become Mayor. Bingo, a vacancy for a high paid little work gig! Jose moved faster than a hawk diving for a mouse and armed with his big-bucks backers squashed an already demoralized Nick Pacheco. I recently wrote about this in a post on Northeast LA Politics you can find here.

Huizar quickly moved onto the PLUM Committee, where he could play with developers just like he did  with the LAUSD’s Construction Bond money, and have a good time running the CRALA’s Adelante East LA  CRA project.  Although no one seems to remember it, the folks on the Boyle Heights Advisory Committee to the Adelante remember. Huizar had his hands all over the project to “redevelop” 2200 acres in Northeast LA. That’s two thousand two hundred acres.  Gold indeed, until Jerry Brown came along and killed off all the CRA’s. You can check out that project here.

So by the time his 2015 re-election rolled by, scandals and all, Huizar still had a lock. As the Downtown News characterized it, it was Money, Fear and Jose Huizar.

“By tradition, Huizar should have nothing to worry about. He’s a nine-year officeholder gunning for a final four-year term. He showcased his skills in the two most recent elections, garnering more than 64% of the vote each time (his big 2011 victory came despite an opponent spending $200,000 of his own money). Huizar is precisely the type of candidate that people in Los Angeles don’t challenge because, like The Matrix, he is one with the machine.”

And just look at there the bucks came from:

“For what it’s worth, the money is coming from all over. Eli Broad gave the maximum amount allowed of $700, as did Wendy Greuel and former Mayor Richard Riordan. Huizar has been backed extensively by Downtown attorneys, developers and landowners — he got $2,800 from four members of the Delijani family, which controls four Broadway theaters — and the tips must have been good at the restaurant Wabi Sabi, because a waiter named Franky Chan donated $700.”

Then, early on, there was the CLARTS (Central Los Angeles Refuge Transfer Station) issue. This special purpose fund was a set of fees which the Councilmember hid and evidently used as a personal slush fund. Folks in El Soreno, where the station was located, were seriously outraged and couldn’t get a straight answer from Huizar or his Chief of Staff, Ana Cubas.

Finally, courtesy of a gonzo blogger and community activist/major PITA to the establishment, Scott Johnson of the MayorSam blog, we got the goods on the deal. I wrote about this back in 2015 with the title of Jose Huizar: Smoking Gun Question Raised about Councilman’s Discretionary Fund.  You can read Scott’s first article here.

So of course, Huizar got re-elected, lawsuits against him and the city for sexual harassment, drunk driving, and being in the bag for developers and all.

Finally, let’s not forget Huizar’s scheme to grab a part of downtown LA and put it in his district, getting rid of some of the traditional CD 14 where he couldn’t extract large sums of money. His very own website tells the tale -- it’s called Revitalization DTLA.

“With over $2 billion of investment projects in the pipeline and projected economic growth of 8.8% over the next 5 years (about 6X the rate of the rest of the top American markets). DTLA is expected to be a key driver of the City’s economy into the future.”

No wonder that back as far as 2011 he had his key staff working to control the Business Improvement District in a backdoor power play to take out the likely Executive Director, who had supported Rudy Martinez. I can still remember when he sent Paul Habib and Jessica Wethington McLean down to do the deed.

From my perspective, the recent developments with the FBI and the IRS doing a Michael Cohen on his offices and residences should be no surprise. Same for the most recent staff lawsuits. Remember, this is the same Jose Huizar who got outed for having hit lists of perceived supporters/opponents back in 2011 when Rudy Martinez ran against him.

Of course, they were called a “Community Power Analysis,” but that’s what they really were, and Martinez’ mother who had actually worked on a Huizar Campaign knew this full well. Here’s the LA Weekly article.

Heck, in the past I’ve personally talked to former Huizar staff members who had tales of how erratic and paranoid the Councilmember is, with a huge turnover in staff. Hmm, sounds a lot like a certain President of the United States.

With this background, I was delighted to second the motion at the recent LANCC meeting, calling for Huizar’s resignation. And thanks to Terrence Gomes for making that motion after some of the Neighborhood Councils asked him to because they were afraid of retaliation if they tried to do anything.

So back to the theme of this article. Maybe, just maybe, Councilmember Jose Huizar will do the right thing and give us all a wonderful Christmas present -- his resignation. Then maybe we can get back to the business of representing the stakeholders in Council District 14. They seriously need some honest representation.