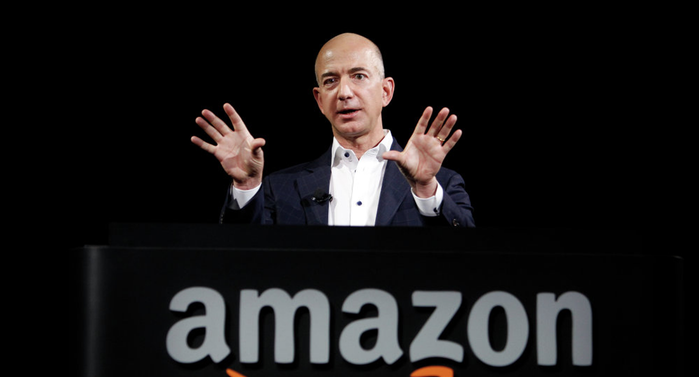 NEW GEOGRAPHY--It turns out that tech oligarchs aren’t much better than old dogs at learning new tricks. By splitting his much coveted supposed second headquarters between New York City and greater Washington D.C., Amazon’s Jeff Bezos is repeating what worked for him in Seattle while saying “yes, sir” to power.

Technology firms were once seen as outsiders, mostly located far from the traditional East Coast power centers. Now, as they gradually take control of every industry once coveted by the old establishment—media, finance and retail—firms like Amazon are handing out consolation prices to their new subjects.

The move to Washington amplifies the already clear message that Bezos, passionately against the Trumpian draining of the Washington “swamp,” wants to be a big player there, operating from the 27,000 square foot mansion—the biggest house in Washington—he paid $23 million to buy and another $12 million to renovate. He already controls the dominant local mouthpiece, the Washington Post (which broke the “news” that he was the “anonymous buyer” of the former Textile Museum he’s made into a one-family house), and has located his key profit-making enterprise, cloud services, in part in a new campus in suburban Fairfax. And Amazon already owns one of the largest lobbying operations in Washington.

I worked with Richard Florida on Kansas City’s bid for HQ2. We made a case, as finalists Indianapolis, Dallas-Ft. Worth and Columbus could make as well, that Amazon’s white-collar workforce, half of whom make under $100,000 annually, could thrive best in less expensive, family-friendly and lower-tax locales. After all, one apparent motivation for opening a second headquarters—if that wasn’t a contradiction before the decision to split it between New York and Virginia—was the high housing prices in Seattle, which weren’t an issue when Bezos launched Amazon in 1994.

If Amazon had moved to a heartland city, Bezos would have made a statement not only to his employees but to the middle of the country, where the tech industry is often seen as another enforcer of the progressive groupthink. Instead, he genuflected to the preferred locations and conventional wisdom of the overclass.

Both Rich and I suspected that that the headquarters could end up in the DC area, close to Bezos’ big home, the Post and the bipartisan misfits who make up our governing class in both pathetic parties. Trump may well be gone, like the Republican House majority, but Bezos will be there for the long term, the unelected lord of a capital that, if it believes in anything, worships the toxic brew of power and money.

So, Amazon has reasons, however venal, to favor greater Washington. The move to Long Island City, Queens, a former industrial area turned into a hot new residential satellite of Manhattan, is less understandable, and could prove more problematic. Unlike Washington, New York is vastly overrated—it helps to have media yappers close by—as a tech center, particularly outside of finance.

Overall, the New York region’s percentage of people working in math and computers was actually below the national average as of 2017, and growing at one of the lowest rates in the country. Let’s stipulate, it’s no Silicon Valley or even Austin or Raleigh. Over the last two years, the urban leader in STEM (science, technology, engineering, and mathematics) job growth was Orlando, at 8 percent, or three times the national average, while places like Charlotte, Grand Rapids, Salt Lake City and Tampa all grew a faster clip than New York, which is a player, like Los Angeles, largely by dint of size.

As for the “talent” already in New York, millennials and others have in fact been leaving the city at a faster clip in recent years as costs have soared. Many industries, notably finance, are moving jobs to less expensive locales. Last year Brooklyn, the epicenter of the urban gentrification, lost population, as young people look for more affordable places to live and older ones flee cold weather and high taxes. Due in large part to foreign investment and continued strong immigration, New York already has among the most exorbitant housing prices in the country and after Amazon’s announcement speculators—the prototypical New York opportunists—immediately focused on the Queens neighborhood which the tech giant plans to occupy and where rents and housing prices are sure to shoot up.

This parallels the Seattle experience, where the median home price of $739,600 and median rent of $2,479 now make it now the third-most expensive—and second-most competitive—housing market in the country.

“The hardest thing is to unlearn the secrets of your past success,” the Japanese analyst Jiro Tokuyama used to tell me as he predicted Japan’s decline when many American pundits predicted the island nation would eclipse America. Although Amazon may maintain its dominance, it will likely find the new realities it has helped to create less comforting. Bezos started Amazon in the late 1990s, when Seattle prices were low, but the presence of Microsoft and Boeing guaranteed the presence of a talented workforce. Washington state has other advantages, such as no state income tax.

Now, Amazon is putting half of its HQ2 next to the country’s biggest public housing development. Given that poor New Yorkers already have trouble affording rents, this can’t be good news for them. Few high school graduates, let alone dropouts, will land jobs in the HQ. Their role at Amazon is to work in warehouses in unfashionable locales, where they generally are underpaid, need food stamps to survive, and are forced to work under poor conditions. Amazon’s managers—the masters of the sweatshop of the future—have workers wear wristbands so that they can be monitored at every moment.

And Amazon is coming to what’s already a very expensive place, and, like much of the country, is enjoying near full employment. There won’t be a honeymoon for workers; they will have to compete for brutally expensive market-rate apartments. New York’s political class—furious at being cut out of the deal the mayor and governor cut to bring Amazon here—will unleash a torrent of demands on the new player in town.

Ironically, this has already happened to Amazon in Seattle, where Amazon is totally dominant, and was a big reason for the decision to seek a second headquarters. The once proudly middle-class northwestern city now seems to be another San Francisco in the making, attracting not just the hip and educated, but a huge homeless population. Diversity? Both cities are losing African-Americans and are becoming increasingly segmented between an affluent overclass, hipster short-termers and a burgeoning underclass. Seattle, once relatively cheap, has become more and more expensive, with some of the nation’s highest rents; already, 45 percent of local millennials say they’re considering leaving because of the high price of shelter.

It certainly is widely reviled by progressives there. Amazon was a prime target of a proposed tax on employees last year, an effort only turned back with massive lobbying.

Hey, Jeff, if you think it’s hard to deal with these folks in Seattle, wait until you get a load of New York, which is where I grew up and first experienced political life. The Gothamites are nearly as far to the left and not so easily intimidated by someone with a huge checkbook. After all, they can easily make the case that the billions—nearly $50,000 a job—in tax breaks for a company run by the world’s richest man should be more equitably shared in a city where more than one in five people lives below the poverty line.

Gotham will test Bezos’ political skills in ways he cannot even yet imagine, though he may have gotten just a hint in the furiously angry response to the Amazon announcement from local Councilman Jimmy Van Bramer all the way up to Senator Kirsten Gillibrand and Queens’ new congressional star Alexandria Ocasio-Cortez.

New York City, like cities across the country, is becoming more aware of the forces diminishing its middle class and stripping opportunity from the poor. Amazon is likely to make life for the average New Yorker worse before it even begins to get better, and New Yorkers just might return the favor.

(Joel Kotkin is the R.C. Hobbs Presidential Fellow in Urban Futures at Chapman University in Orange and executive director of the Houston-based Center for Opportunity Urbanism. He is an occasional contributor to CityWatch. This piece appeared most recently in New Geography.)