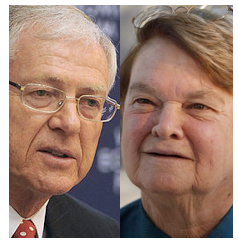 MY TURN-I was invited to attend the annual United Chambers of Commerce (The San Fernando Valley region) “State of LA County” this week. Truthfully, I usually prefer the “cliff” notes to these mostly really boring events, but for a change, this one wasn’t boring and they didn’t serve rubber chicken!

Keynote speakers were Supervisor Michael D. Antonovich, Fifth District (who also has the additional title of “Mayor”) and newly elected Supervisor for the Third District, Sheila Kuehl. Having Antonovich on the right and Kuehl on the left promised to provide some fireworks. Talk about two sides of the political spectrum!

But there weren’t any. In fact, they treated each other like colleagues -- even when they disagreed. I am writing this just before the Republican debates and it will be interesting to see how the candidates from the same party treat each other.

The five elected Supervisors have approximately 2.5 million constituents each. More than eighty-eight cities comprise LA County. If LA County was its own state it would be the eighth largest in the Union. Recent headlines in the mainstream press have stated that the Supervisors had made a power play by taking back responsibility from the County CEO. Right now, Acting Executive Officer PatrickOgawa is embarking on a streamlining personnel project.

The reason the Supervisors have given for this change is that there are too many layers of bureaucracy governing the various departments. Not only were the Supervisors only being told just what the bureaucrats wanted them to hear, but they believed they were not able to adequately serve the people who elected them. By getting rid of some of the “layers” they say they will be able to save the tax payers two million dollars.

Antonovich talked about the increase in crime in the county and said that one of the solutions had been to have probation officers check parolees for guns. In the beginning of the program, more than 50 percent of parolees had guns. Now it’s down to 12 percent. The Governor’s program to allow cities and states to handle the overflow of people who are incarcerated has caused a real problem. LA county jails are only built to hold prisoners for less than a year and the facilities are not designed for long stays. 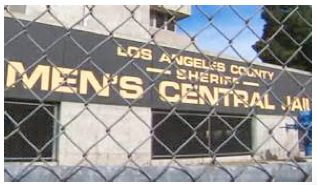 Originally, state prisoners in for minor offenses were sent to the county, but now many sent to LA County jails have long sentences. The infrastructure to house longer term sentences is not there.

Both of the Supervisors spoke about children’s services. There are currently 36,000 children under the age of eighteen who are in foster care and 13,000 who need help in order to stay with their biological families.

Among many problems, and one that needs a new approach, is what to do with the children who are euphemistically called "emancipated" as they transition out of foster care? They are terribly vulnerable and a high percentage end up homeless, in jail or dead.

The county is working on some pilot programs that will take care for these 18 plus year-olds. Instead of turning them away, we need to provide mentoring and home-like facilities. Instead of calling them camps, Kuehl said they will be called "campuses" and have the vocational and educational training, the psychological help and the personal mentoring they need. In addition, the Santa Monica Mountains Conservancy and the Mountains Recreation and Conservation Authority (MRCA) are establishing the Puerco Canyon Overnight Camping Facility Project to serve foster children and other disadvantaged youth.

When some California legislators complained about the cost, Antonovich, known for his fiscal restraint, replied that this was not a cost but an investment in helping needy young people become contributing members of society. It’s an investment that’s worth the cost of the programs.

They both discussed how important civic organizations and religious groups are in helping these kids who are being “emancipated.” If each service or religious organization in LA County would mentor ten of these kids, so they knew they had a future, “we would be producing the next generation of leaders," Antonovich said.

Transportation is playing a big part on the Supervisors’ agenda. They brought in a new Chair of Transportation from Colorado. He is in the midst of reworking that department to be more productive and efficient. Mayor Garcetti was appointed to the MTA Board and is working with other mayors on important transportation issues.

When asked about the High Speed Rail controversy, Antonovich said the voters had approved the proposition without taking into consideration the disruption of neighborhoods. Kuehl added that she was most concerned about areas like the City of San Fernando that would be cut in half. She said that they are looking at various alternative routes.

Both Mayor Garcetti, in his State of Los Angeles report, and the Supervisors were adamant about the need for a modern transportation system which would not only deliver people to LAX, but would also connect various areas in the whole state of California. Among other things, high speed rail would diminish traffic and pollution. LAX is the only major airport in the US without direct public transportation access. They are all looking at the High Speed Rail system from a regional point of view, providing transportation to the regional airports as well.

LA County is in litigation with the company that was awarded the contract for the first phase of the High Speed Rail. Some of its work had not lived up to its contract or budget. There is currently money available for a study on the possibility of “light rail” from the San Fernando Valley to LAX.

Constituents have suggested ideas for the Valley Orange Line -- either changing it to light rail or incorporating other ways to streamline its service. Instead of offering transportation initiatives from the top down, the Supervisors are starting from the bottom up.

Several times, both Supervisors highlighted the collegial spirit of their working relationship. Antonovich stated that both Kuehl and newly elected First District Supervisor Hilda Solis are very good additions to the Board. They do disagree on issues like minimum wage and funding for Planned Parenthood, but Kuehl pointed out that the majority of their votes were "five---zip."

I started comparing their agenda with something that I know more about -- our LA City Council. The list of County Committees is almost the same as that of the City, but the scope is much larger in county government.

We have fifteen City Council members who serve a total of four million people. There have been rumblings about adding more elected Supervisors, since five may not be sufficient to adequately take care of the county’s population of ten million.

I think as one of the 88 cities (including incorporated areas) it would be helpful to me -- and to all of you -- if Los Angeles paid more attention to the work of the LA County government. Yes, LA City is by far the largest and most powerful area of the county, but other county cities are actually solving some of the problems our city faces.

(Denyse Selesnick is a CityWatch columnist.  She is a former publisher/journalist/international event organizer. Denyse can be reached at: [email protected])