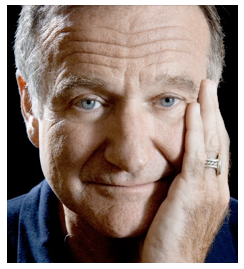 ALPERN AT LARGE-Suicide is always a tragedy and a nightmare, one that ultimately hits home to all of us because we are all capable of doing it ... yet our reality, no matter how unpleasant, is that not all suicides are done for the same reason(s).  And some are just plain performed out of an intention to "send a message" to the survivors--which calls into question the deaths of the late actor Robin Williams (photo left) and the late Germanwings copilot Andreas Lubitz.

There are many websites and sources to learn more about the causes and influences that lead to suicide, such as the American Foundation For Suicide Prevention or even a good review by Medscape.

And although the suicidal individual might (if he/she succeeds) not be around to explain what he/she was thinking, their inability to be accessed (and the effects on the survivors) might be entirely at the core of why suicide was performed.

In other words, suicide ranges from a person in pain and/or overwhelmed with psychological or other issues who isn't really cognizant of its impact on others, to a person who is in pain but also has a grim departing message (with or without a note) to the survivors, or person who wishes to wield an absolute act of psychological (sometimes physical) violence against those around him.

Also, in yet other words, in today's Internet- and media-plugged society, some suicidal individuals might be viewed as victims and some might be viewed as killers...with a range of variability in between these two sets of circumstances.

Robin Williams' violent death (despite the blathering of all the wannabe psychological analysts who weigh into depression, anti-depressive medications, and other related topics) cannot be separated from the circumstances of his divorce settlement.

Because Robin Williams was such a talented and funny man, and because he was such a giving man who demonstrated his caring for other people his entire life (in ways too numerous to possibly do him justice), and because his friends and family (and pretty much the entire nation and world) loved him so much, his suicide leaves us with one series of questions:

Why was so sweet and wonderful a man able to kill himself in so violent a manner?  Why did someone with so much love for others hate himself so much, more than the self-loathing so common (and surprising, to the rest of us) in successful individuals?  Did he not remember his own starring role in the movie "What Dreams May Come", which clearly decried suicide?

The nation and world was stunned, and impacted, and moved, by Robin Williams' death?  Did he even think that far as to know what impact his suicide would have?  Was it an angry and violent message to his late wife (Susan Williams), and related to a divorce settlement that some analysts have considered excessive and unfair to his children?

And does "connecting the dots" mean that we should focus on this divorce settlement (of the actor who played a devastated divorcee) in the famous movie Mrs. Doubtfire?  Did these thoughts even cross his mind as he chose to end his life so violently?  Was he overwhelmed, angry, in an altered state, or all of the above?

These questions are almost certainly unanswerable, and it can only be hoped that the family will find an agreement suitable to all sides.  For certain, however, the brilliance and joy that Mr. Robin Williams brought us might easily be lessened by knowing how this hero of the comedic and acting world ended his life... 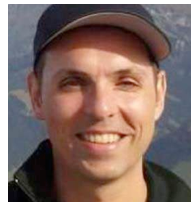 ..but while Mr. Robin Williams will be remembered with fondness and sadness to his departure, the more recent suicide of Germanwings copilot Andreas Lubitz (photo left) will almost certain resonate differently to the world.

And while Williams justifiably earned his imprint on the collective consciousness of the civilized world, the same cannot be said of the other man (who needs nor deserves any further mention of his name).

There is no question that Williams would or could have ever have taken his own life while hearing (and ignoring) the screaming of others pleading for their own lives as did the other man.  Williams loved other people, and his fellow humanity, but the other man clearly had a score to settle.

The recent Germanwings disaster will have the governments and people of the world scratching their collective heads and trying to figure out ways to have prevented this disaster, and figure out ways to prevent this disaster from ever happening again...which is exactly what this other man wanted (to leave the rest of US in pain, so that the world would remember his name--according to the statements of his ex-girlfriend, who left him because of his mental/psychological problems).

Whether it was impulsive or deliberately planned is something we cannot know, or will ever know.

His lack of a written message to the rest of the world is either accidental or intentional...but it must still be remembered that there was an extended period of time when the pilot tried to talk to him, and when the passengers pleaded for their own lives.

There was no question that others would die at his own hand, leading to the conclusion that this other man is more akin to the suicide bombers of the world than to the pained souls of the world who cannot find the strength to contend with life's challenges.  We cannot know if the desire of the other man to end his own life, or the desire to make others feel pain was the overriding motivation for his crashing his plane into the Alps, but he absolutely knew that many others would die as a result of his actions.

Too many have suffered from either life's unfairness or at the hands of others, and/or who have chosen either reclusiveness and/or solitary suicide, to justify, excuse or ignore the intent of this copilot (and those like him such as suicide bombers, or those guilty of murder/suicide) and conclude he was a victim.

This copilot had physical and psychological problems, as did Robin Williams, yet the final analysis of which of the two men suffered in their chosen forms of suicide, and the range of possibilities for motivation of each of their suicides, shows how empathy and the need for forgiveness can be merited in some who choose suicide and not in others.

So what is to be concluded from these terrible tragedies, the ones that tug on the souls of those of us who care for our fellow humanity?

Perhaps there IS no single conclusion, but there might be a warning:  suicides of these famous varieties have a nasty tendency to draw a contagion of imitative behavior.

Suicide is not glorious--it is a bitter pill for all, including the deceased.  Robin Williams' life will be remembered with fondness, joy, humor...and yet unavoidable sadness.  The other man will be hated as an abomination to humanity, with no sympathy for any suffering he might have had (except for the exceptionally naive or gullible, or curious).

And suicide can, will, and should always be remembered as a waste of our most precious commodity: Life.

(Ken Alpern is a Westside Village Zone Director and Board member of the Mar Vista Community Council (MVCC), previously co-chaired its Planning and Outreach Committees, and currently is Co-Chair of its MVCC Transportation/Infrastructure Committee. He is also a Licensed Physician.  He is co-chair of the CD11Transportation Advisory Committee and chairs the  nonprofit Transit Coalition, and can be reached at [email protected]  He also does regular commentary on the MarkIsler Radio Show on AM 870, and co-chairs the grassroots Friends of the Green Line at www.fogl.us. (The views expressed in this article are solely those of Mr. Alpern.)