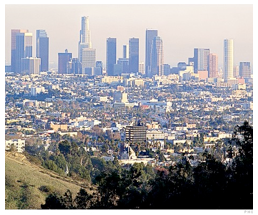 So how does the decision to build housing in our economy work?  The simple answer is the profit motive – e.g. Capitalism.  Why is it not working?  Because we have created such a mess with our zoning ordinances that builders are simply not that attracted to build in Los Angeles – there are other places where the aggravation and delay and the associated risk are much lower then they are here.

As long as this is so and developers look elsewhere, the cost of housing will continue to get further and further away from the workforce part of the population that a city like Los Angeles needs as part of it’s economic engine.

What’s the solution?  The city needs to clear away zoning restrictions in strategic areas creating “Free Zones” where builders can build whatever they feel that the market demands.  No height restrictions, no floor area ratio restrictions, no parking requirements.  Just comply with established safety standards and Go!

Where you place such zones must be strategically thought out.  These free zones need to be equitably spread out and there should be a lot of them; enough to meet today’s demands, and then the projected demands for 20 years from now.

First, so that densification is not burdened on some areas and not others.  Secondly, so that there are many different markets for housing that will be served.

Furthermore, if you are going to build and not require parking, the existing philosophy of the city planners needs to be continued:  Put free zones along designated transit corridors or within a 10 minute walking distance from transit centers.

Yes, we will see incredible densification in specific areas, but areas that remain designated as less dense will be able to remain less dense.

Yes, these mega housing areas may tax existing resources, but dense housing is much greener then spread out housing, and improving infrastructure is much simpler and cost effective when we have only very specific areas to serve.

With demand being met adequately by supply, the City of Los Angeles will have greater amounts of housing stock available to all segments of the economy, creating a more affordable city with greater mobility, both via transportation, and also economically as well.

We need to change our mode away from trying to regulate what is supposed to be part of the natural economy, and clear the way for the market to serve us as it is supposed to.

(Andrew Garsten is President of the Echo Park Improvement Association.  He was a founding board member of the Greater Echo Park Elysian NC.  Views expressed are his own.)