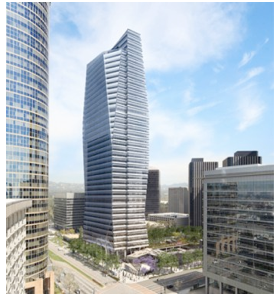 (Ken Alpern is a Westside Village Zone Director and Boardmember of the Mar Vista Community Council (MVCC), previously co-chaired its Planning and Outreach Committees, and currently is Co-Chair of its MVCC Transportation/Infrastructure Committee. He is co-chair of the CD11 Transportation Advisory Committee and chairs the nonprofit Transit Coalition, and can be reached at   [email protected] This email address is being protected from spambots. You need JavaScript enabled to view it. .  He also co-chairs the grassroots Friends of the Green Line at www.fogl.us . The views expressed in this article are solely those of Mr. Alpern)