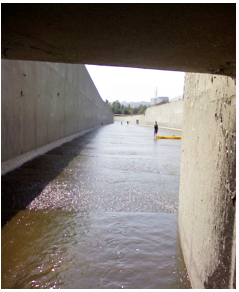 LA WATCHDOG-The revitalization of the 32 mile stretch of the Los Angeles River that runs through our City is major goal of Mayor Eric Garcetti, the City Council, and many other citizen and environmental organizations.  This includes not only the 11 mile stretch from the Glendale Narrows at Griffith Park to Downtown Los Angeles that is the subject of Ecosystem Restoration Feasibility Study by the Army Corps of Engineers, but the portion that flows from the headwaters in Canoga Park through the Sepulveda Basin to Griffith Park.  It also includes the segment that flows south from Downtown to its border with “Exclusively Industrial” Vernon.

But before the City barrels full speed ahead with this 10 to 20 year, multibillion dollar development to restore and revitalize the Los Angeles River, we need to have a better understanding of the overall economics of this ambitious undertaking, especially since the City does not have the capacity to take on an unfunded mandate that will further cripple the City’s already shaky finances.

According Alternative 20 of the Army Corps of Engineers Feasibility Study favored by the City, it will cost $1.1 billion to restore the 11 mile riverfront between the Glendale Narrows and Downtown.  But where will our cash strapped City find the $500 million needed to fund its share of this project?

There will also be increased funding requirements as the City is actively pursuing the purchase of additional tracts of land, including, but certainly not limited to, the contaminated 44 acre G2 parcel in the Taylor Yard owned by the Union Pacific Railroad. The all in cost, including remediation but not the subsequent development costs, is estimated to be in the range of $50 million.

Interestingly, the City is discussing financing this acquisition and cleanup with the proceeds of a bond offering authorized by Proposition O, the Clean Water measure that was approved by over three quarters of the voters in 2004.  However, whether this financing source is permissible is the source of considerable controversy.

The City must also address how it intends to finance the other 21 miles of the river that flow through the City.  At a cost of $100 million a mile, this amounts to over $2 billion, about 40% of the City’s General Fund budget.

The proponents of the restoration of the river are promoting quality of life benefits to Angelenos, including unfettered access to the river, more open space, increased recreational opportunities along the riverfront, enhanced water quality, and an overall improved environment.

However, the real driving force behind the revitalization of the Los Angeles River is the opportunity for politically connected real estate developers to profitably invest up to $10 billion, primarily in apartment buildings.  There will also be opportunities to develop over 4 million square feet of retail space, office buildings, and manufacturing facilities.

Throughout this process, the City will be bearing a significant portion of the upfront development risk by restoring the river and acquiring key parcels of land that will be available for future development.  The City and the self-serving real estate lobby will attempt to justify the investment in the river through various metrics such as increased property taxes, the increase in construction and permanent jobs, and an improved economy.

Unfortunately, with all this money and power flowing through City Hall, there is the potential for large scale, Los Angeles style corruption since there are billions of dollars in potential profits for favored real estate developers.

Before proceeding with the full scale development of the Los Angeles River, Mayor Garcetti and the City Council must educate Angelenos on the economics, finances, and benefits of this important, popular, multibillion dollar endeavor and ensure us that the mechanisms will be in place to make sure that our hard earned money is used in an effective manner without the scent of scandal.